10 Drinks That Will Help You Sleep Better - Mind Blowing Facts

10 Drinks That Will Help You Sleep Better

Summer is coming, which means that the days are going to be longer. And longer days means the more energy we require to function throughout the day. While exercising and eating healthy is important, so is sleep. Sleep is an integral part of our lives and without it, we can’t function. While sleep requirements vary slightly from person to person, most healthy adults need between 7 to 9 hours of sleep per night to function at their best. However, stress and anxiety from our lives can have a significant impact on the quality and amount of sleep that we receive. Fortunately, there are natural remedies that can help us sleep better and rejuvenate ourselves. Here’s a list of drinks that could help you achieve it.

Milk in general, contains ingredients that are known to help people sleep. Milk contains tryptophan, an amino acid that can help the human body produce serotonin. Serotonin is a brain chemical that can induce deeper and more restful sleep by creating melatonin. Melatonin is responsible for a person’s sleep-wake cycle. Milk also contains calcium, which can help a person stay asleep. A study that appeared in the Nordic Journal of Psychiatry discovered that melatonin-rich milk could help elderly people sleep better.

A study that appeared in the British Medicine Journal in 1972 discovered that the people who drank warm milk before bed made less movements during sleep. And another 2009 study in the European Journal of Clinical Nutrition found that 29 healthy elderly research subjects who were aged 60 through 81 benefited from drinking fermented milk.

Bananas are another food that’s high in magnesium, tryptophan, and melatonin. In addition to that, they also contain two key minerals for muscle relaxation: potassium and magnesium; which can help you unwind at the end of a long day. When you combine bananas and almond milk to make a smoothie, you are essentially creating a powerful tryptophan and melatonin drink, which will allow you to sleep better at night. The drink is also known to help reduce symptoms of insomnia, physical stress and the high fiber and carbohydrate will leave you with a feeling of satiety; thus increasing the desire to sleep.

Peppermint tea is an ideal choice before bed, as it’s naturally caffeine-free. The tea, derived from the leaves of the mint plant, contains anti-inflammatory properties, which eases your stomach. It also acts as a muscle relaxant, which will help you relax before bedtime. Another study also found that consuming peppermint tea during the day can have added benefits. For instance, the tea helps improve energy levels and reduce daytime fatigue.

Ashwagandha, an ancient herb, is also called Indian ginseng or winter cherry. The root, berries, and leaf extract of the plant has been used for centuries for various ailments. Most popularly, ashwagandha is known for its ability to reduce the feelings of stress and anxiety. It’s also known to help relax the mind, which paves way for a better night’s sleep. It’s also classified as an adaptogen, meaning that it can help your body manage stress. 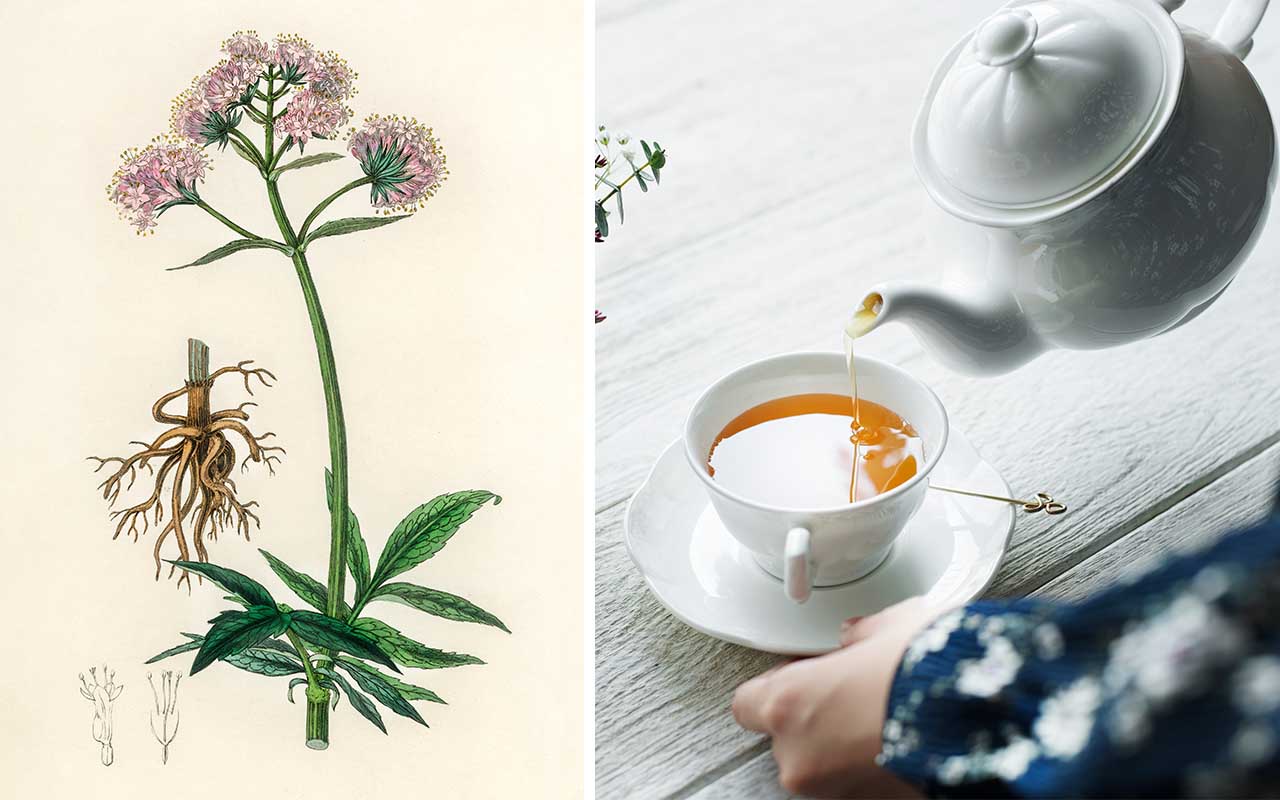 Valerian, a tall, flowering grassland plant, that blooms sweet-smelling pink or white flowers, is an herb native to Asia and Europe. It is now also grown in the US and other countries. Centuries ago, the flowers of the valerian plant was used to make perfume and today, the root portion of the plant is used to make tea, which is known to promote sleep. While many believe that the root of the plant is beneficial, only a small number of high-quality studies have been conducted throughout recent years. The National Institutes of Health (NIH) suggest that valerian is generally safe for use by most healthy adults for short periods of time. 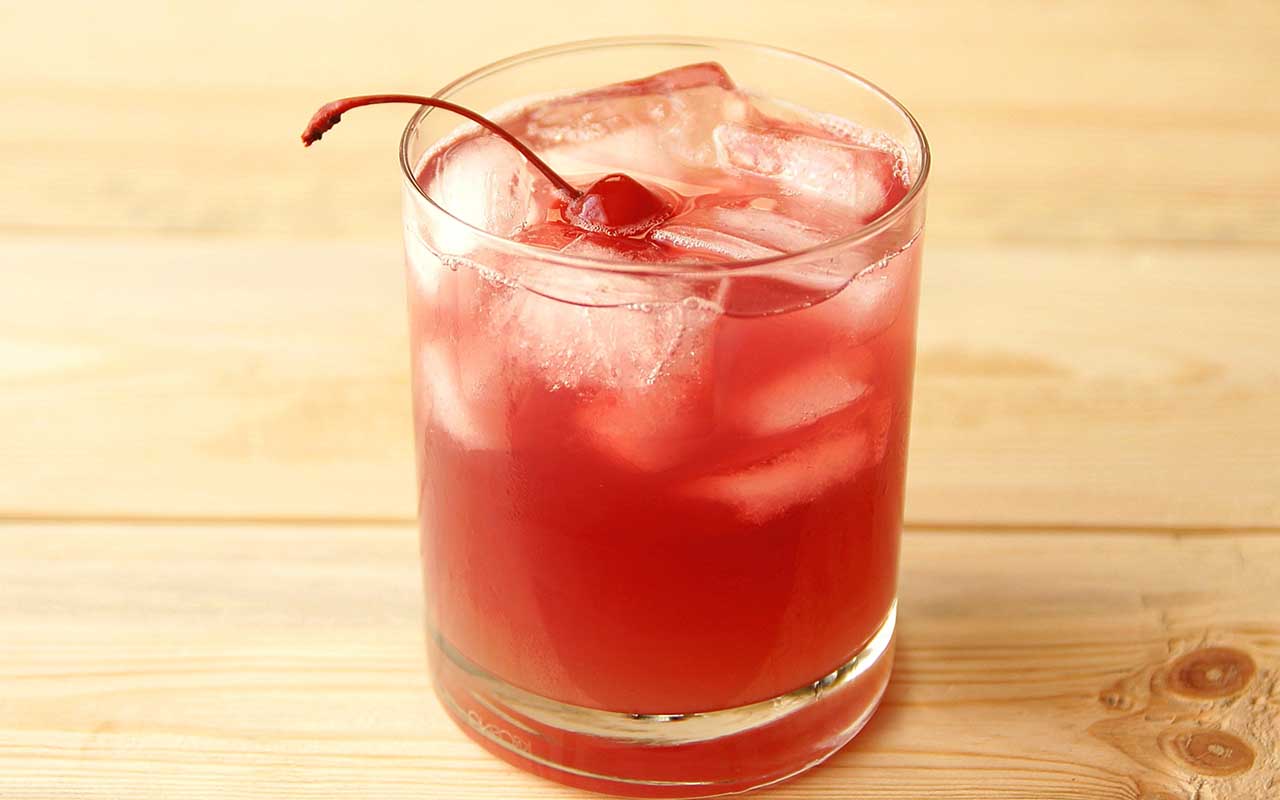 Like a milk and banana-almond smoothie, cherry juice contains tryptophan – a precursor to melatonin – which is why they are considered a great sleep aid. Though both sweet and tart cherry varieties contain melatonin, experts suggest that the tart types pack the most. In one study, scientists asked 20 participants to consume tart cherry juice concentrate every night for seven days. The study found that the participants did in fact have increased melatonin levels.

In a similar study, researchers asked 30 participants to consume a cherry-based product twice daily. The study found that the participants had improved nightly rest, and decreased the number of nighttime awakenings.

Golden milk is a beverage that capitalizes on the benefits of turmeric in combination with other healthy ingredients. Also known as turmeric milk, it is an Indian drink that has been gaining popularity throughout the world because of its sleep-aiding properties. Golden milk contains tryptophan, which helps increase melatonin levels. One of its main ingredients, turmeric, is rich in the compound curcumin, which helps reduce sleep deprivation. 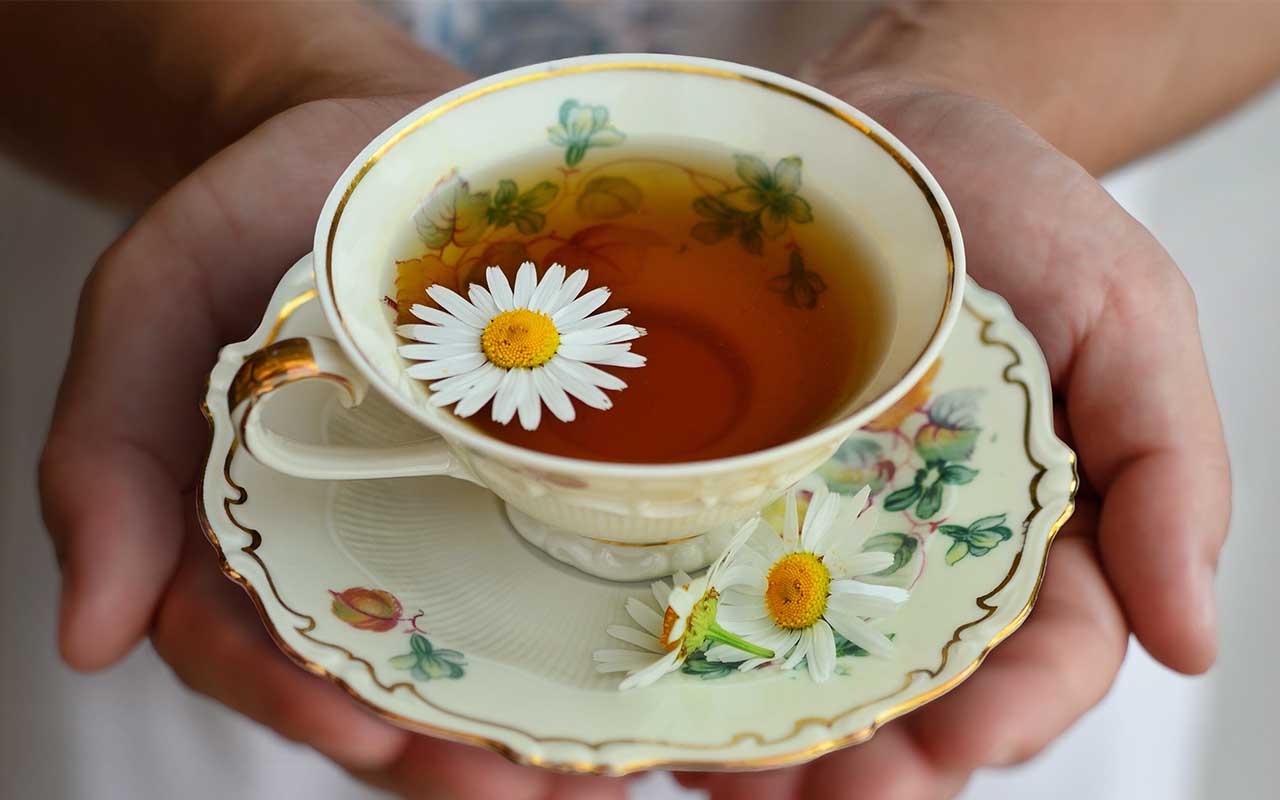 Chamomile is a daisy-like flower that is part of the Asteraceae family.  Chamomile tea is a popular beverage that has been consumed for ages. To make chamomile tea, the flowers are dried and then infused into hot water. According to various studies, chamomile has the ability to benefit the quality of your sleep. It contains apigenin, an antioxidant that promote sleepiness. In one study, researchers asked 40 Taiwanese women to consume chamomile tea for two weeks and report the changes.

The results were compared with another group of 40 Taiwanese women, who did not consume the tea. Comparing the results, researchers found that those who drank chamomile tea for two weeks reported better sleep quality and had less sleeping problems. 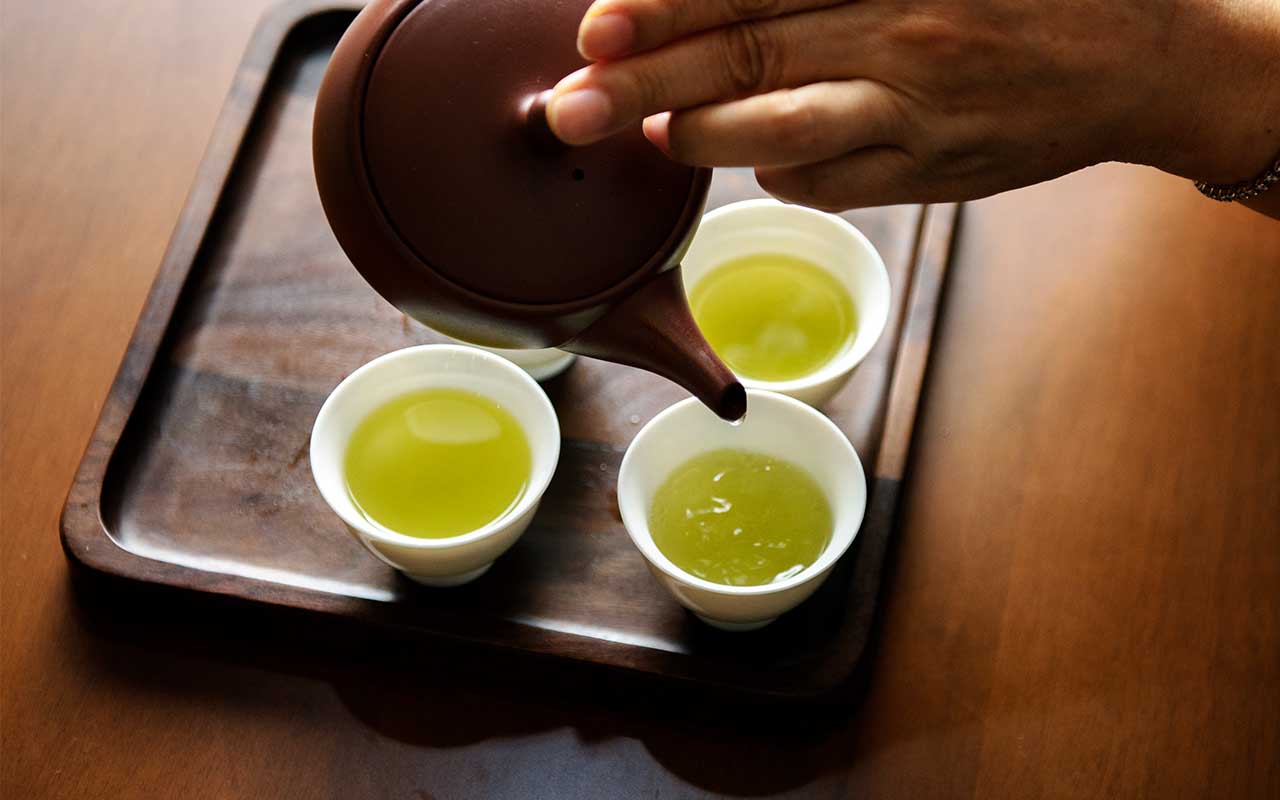 Green tea is a source of the amino acid L-theanine, a compound that’s linked to alertness and mood-enhancement. L-theanine has also been shown to help reduce stress and promote a restful sleep. However, it is important to choose decaffeinated varieties of green tea since high caffeine level varieties can outweigh these benefits. 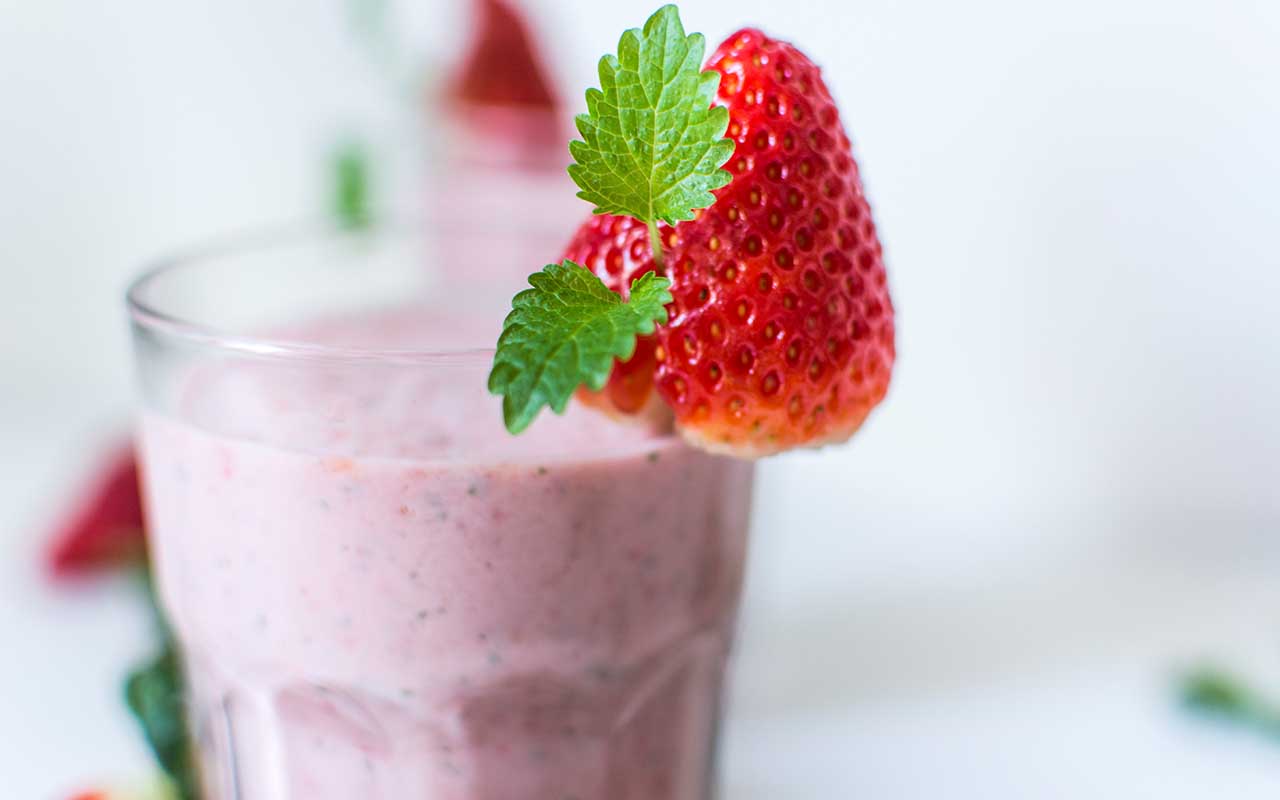 Strawberries are rich in the vitamin B6, which also benefits the body by converting tryptophan into serotonin, which then regulates melatonin. Research by the University of Adelaide in 2018 supports a link between B6 and a good night’s rest. However, in order to reap the benefits of this drink, you should be sure to use fresh strawberries rather than strawberry flavoring. Fresh strawberries contain antioxidants, potassium, and essential vitamins as well as Vitamin B-6, which is excellent for balancing the sleep-wake cycle and regulating melatonin.