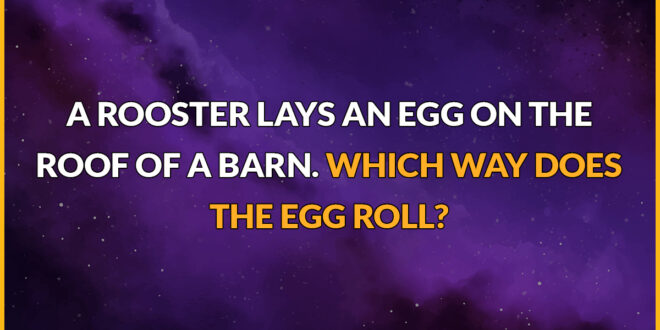 Who doesn’t love brain teasers and challenging riddles? They are the easiest yet sometimes most confusing things to understand. Some people have a natural ability to decode riddles and if you are one such person who loves to take on challenges, here are some interesting riddles for your amusement. Before you begin, remember that the riddles are made as images and their subsequent answers are listed underneath each one. So, be sure not to cheat. 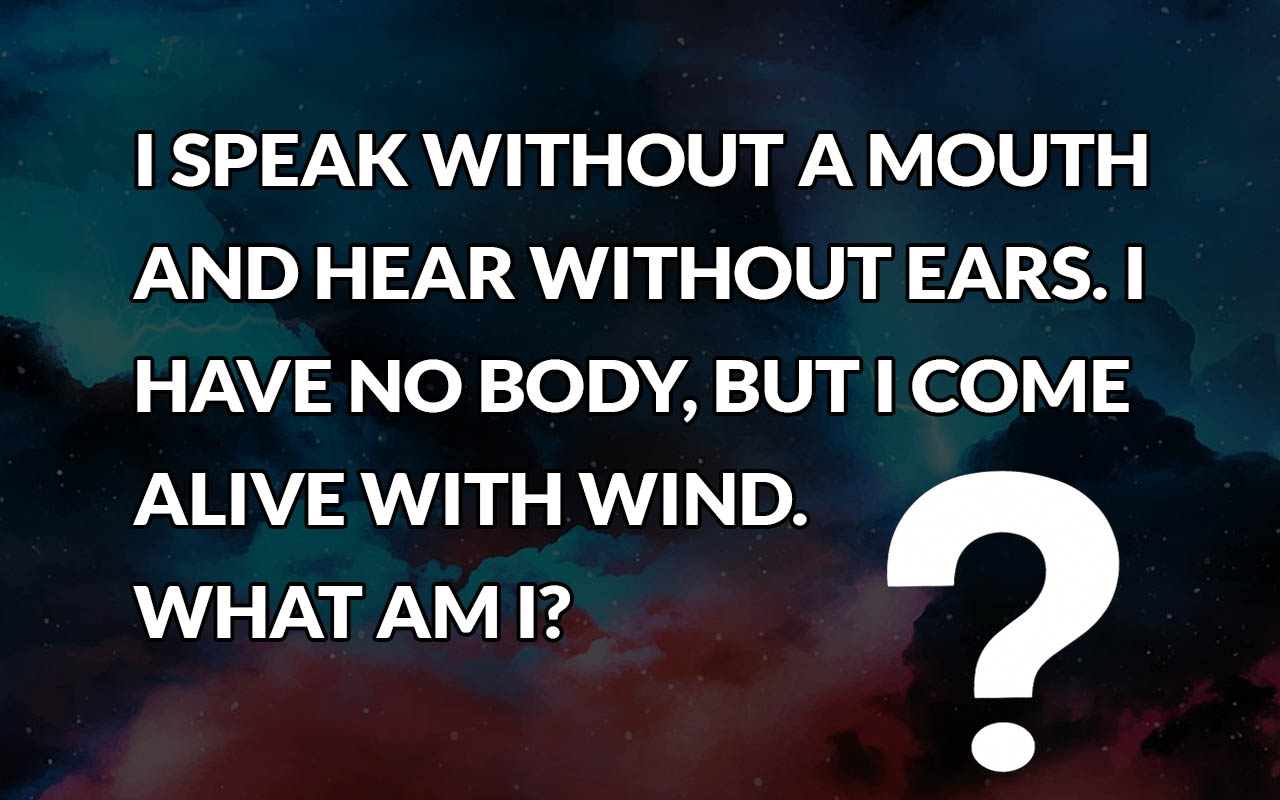 “I speak without a mouth and hear without ears. I have no body, but I come alive with wind. What am I?”

The riddle tries to trick you into thinking that it’s a living being. The hint of “wind” however, gives you some idea to think broadly. If you haven’t managed to get the answer, or if you did, check below: 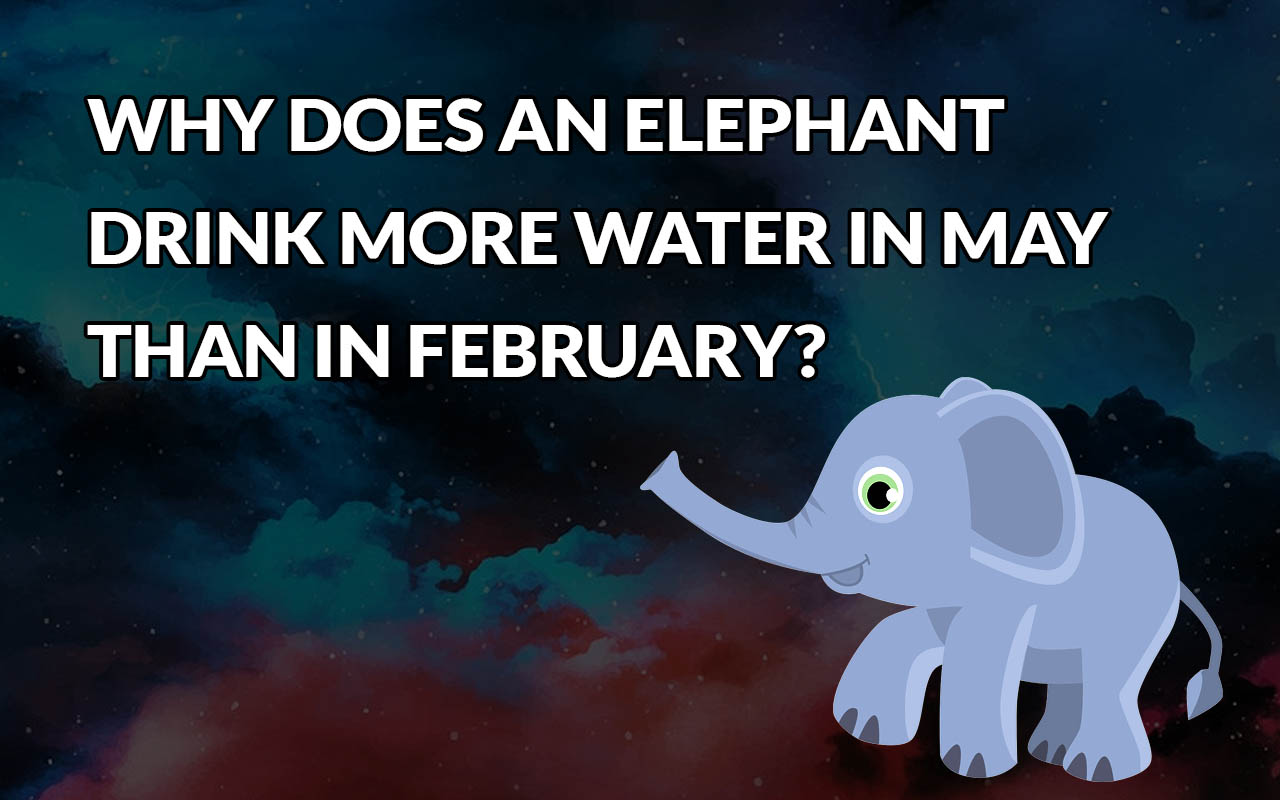 “Why does an elephant drink more water in May than in February?”

The riddle tries to trick you into thinking that it has something to do with seasons. Maybe because it’s hotter in May than in February?

Answer: Because May has more days than February. 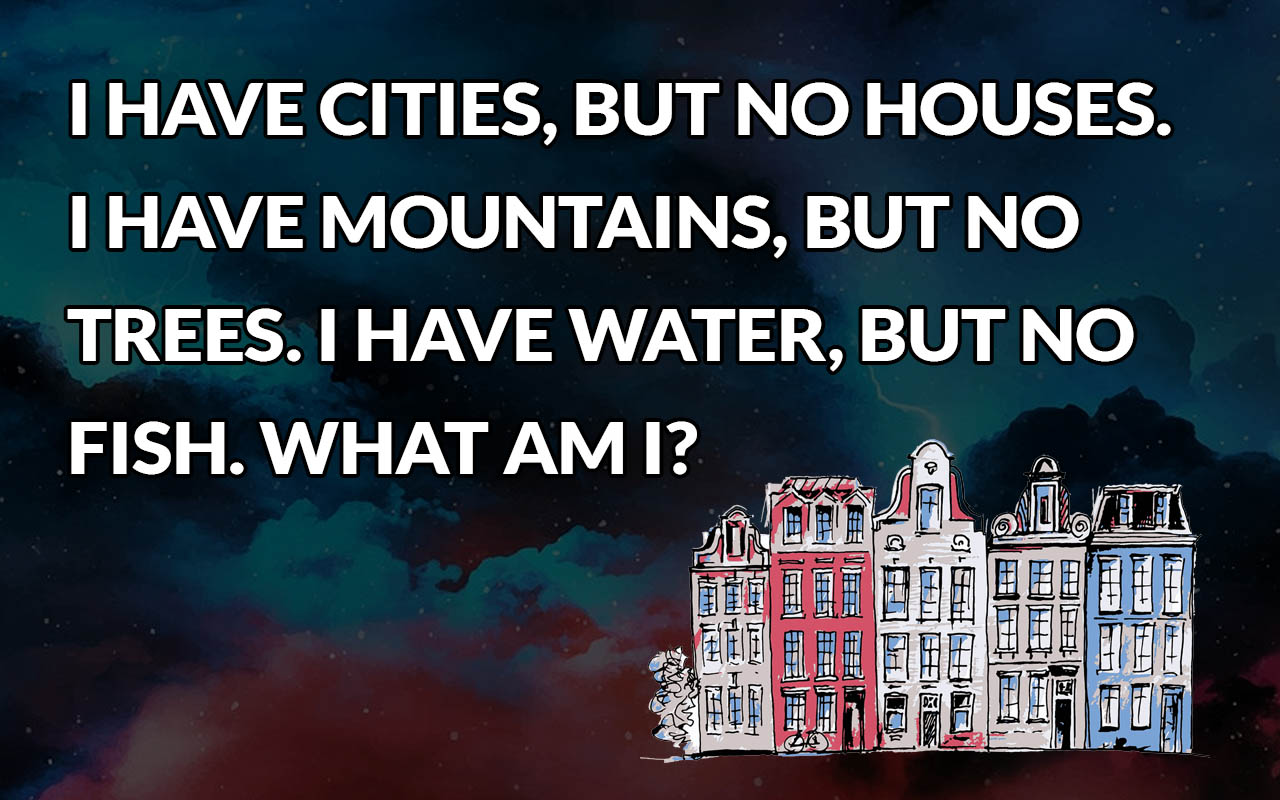 “I have cities, but no houses. I have mountains, but no trees. I have water, but no fish. What am I?”

This riddle tries to trick you into focusing on things that are missing. For instance, the trees, houses and fish. 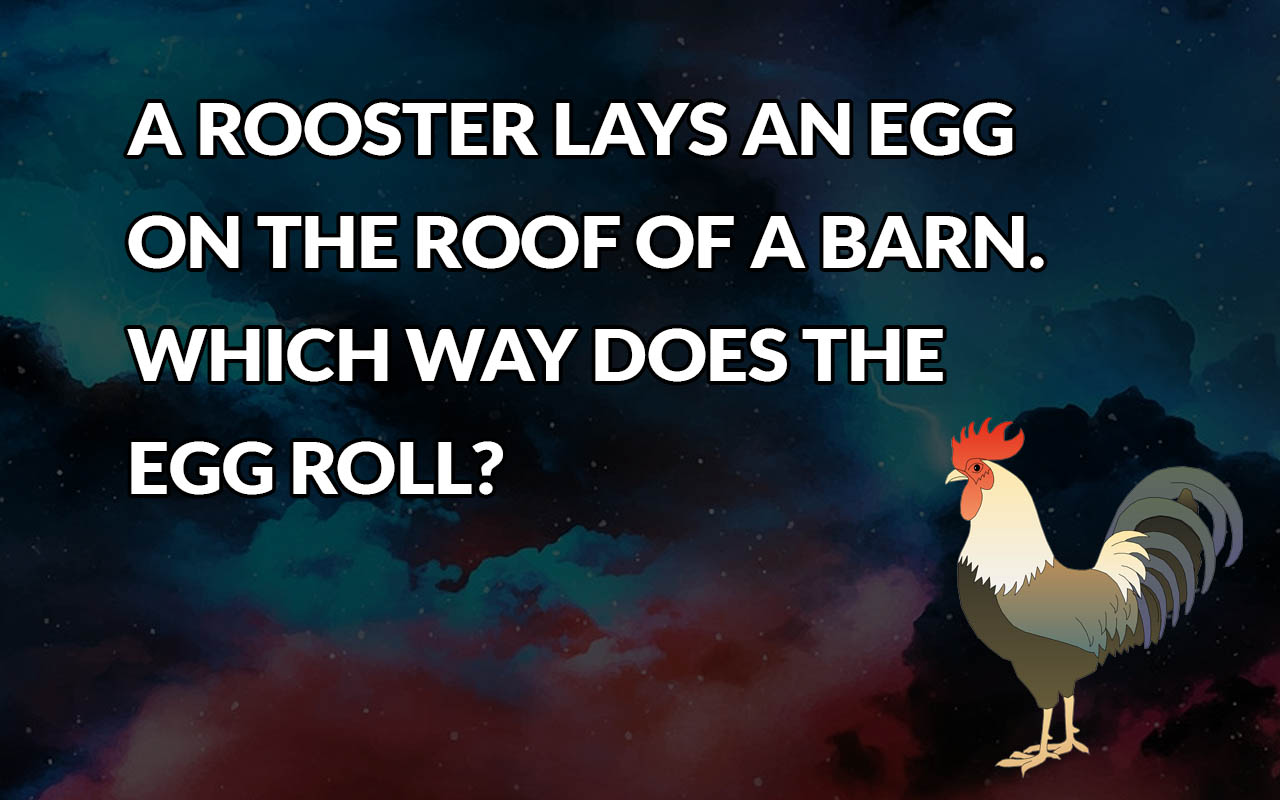 “A rooster lays an egg on the roof of a barn. Which way does the egg roll?”

When you think about an egg atop a barn, you immediately think about how it will roll down. Wind can a play a huge role in deciding which way it falls and so does the shape of the barn roof. 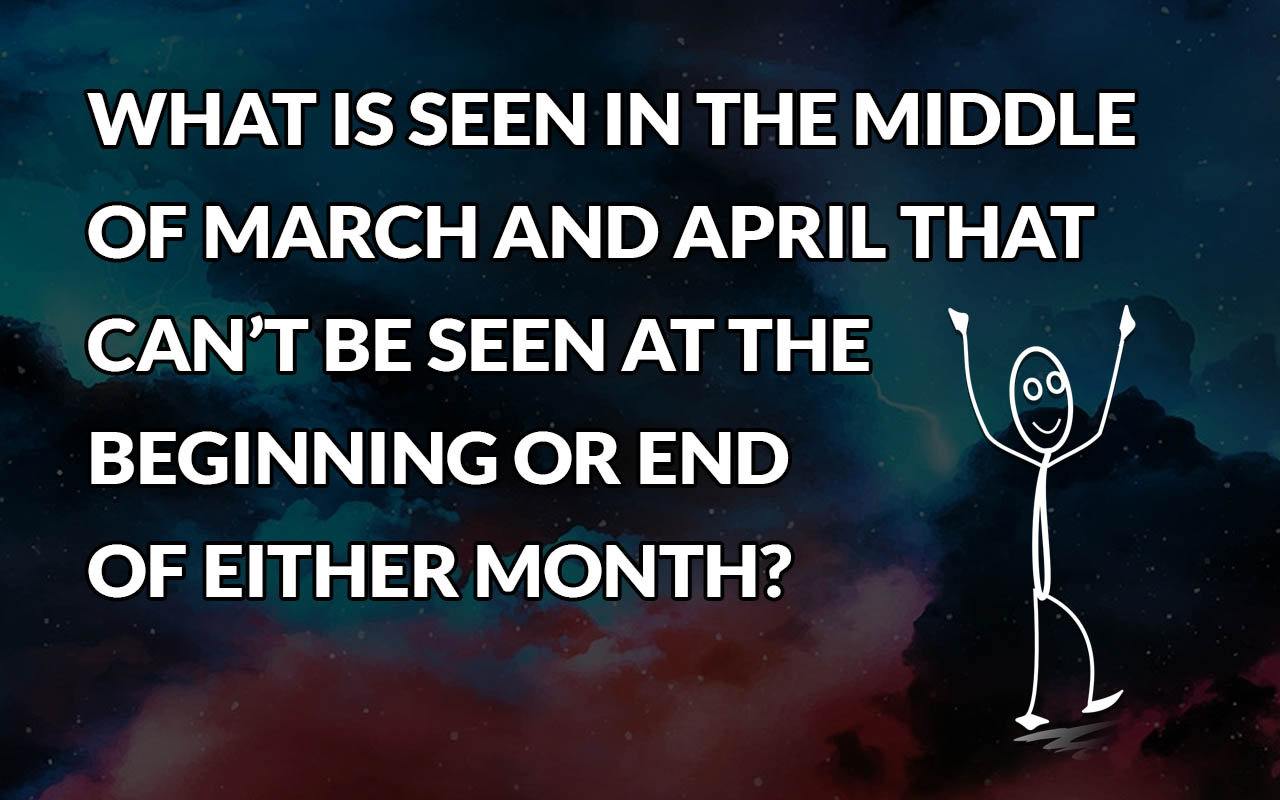 “What is seen in the middle of March and April that can’t be seen at the beginning or end of either month?”

The riddle makes you immediately jump into the weather or holidays or other events linked to a calendar. The answer however, is rather simple. 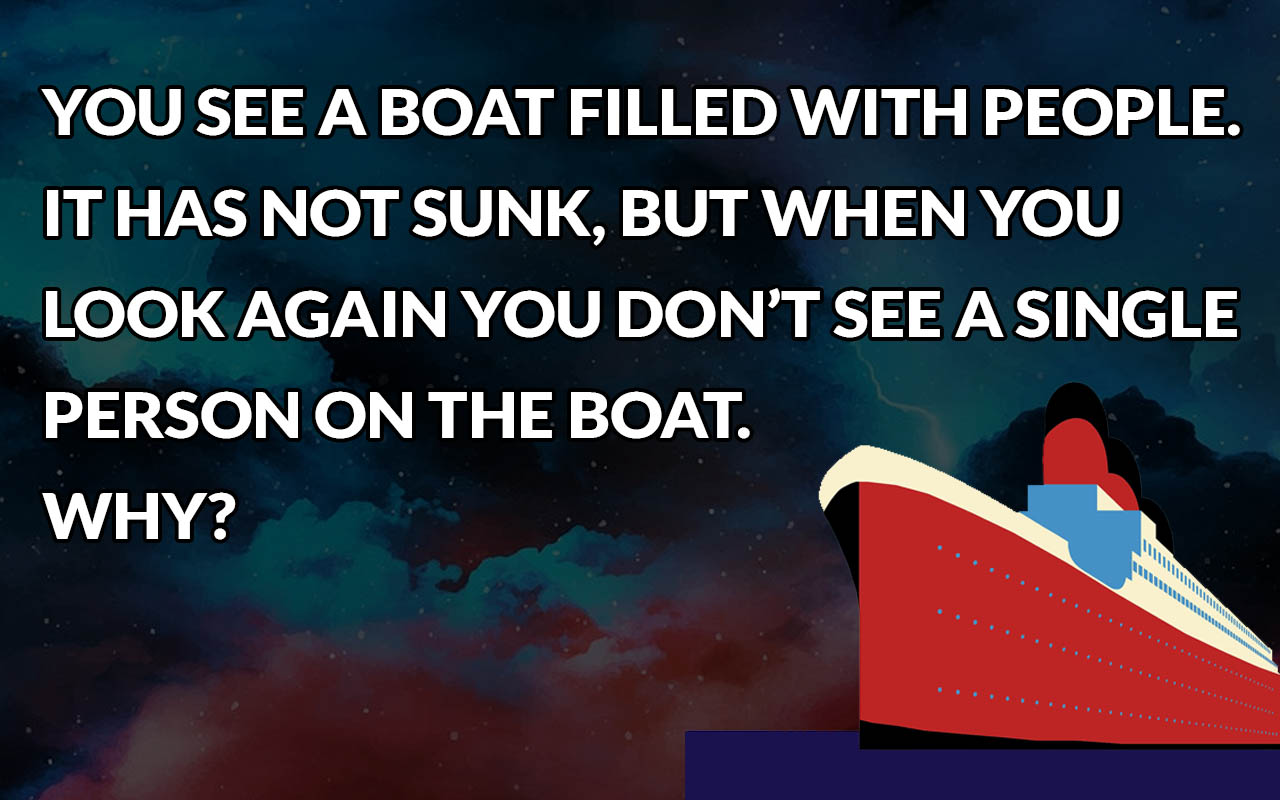 “You see a boat filled with people. It has not sunk, but when you look again you don’t see a single person on the boat. Why?”

This is a hard riddle since it immediately makes you think of something bad and routes your thinking process towards that direction. If you however are a logical thinker, then you would have come up with answers such as “they all went below deck” or “jumped overboard”. But, the trick here is that you have to pay close attention to the word “single”.

Answer: All the people were married. 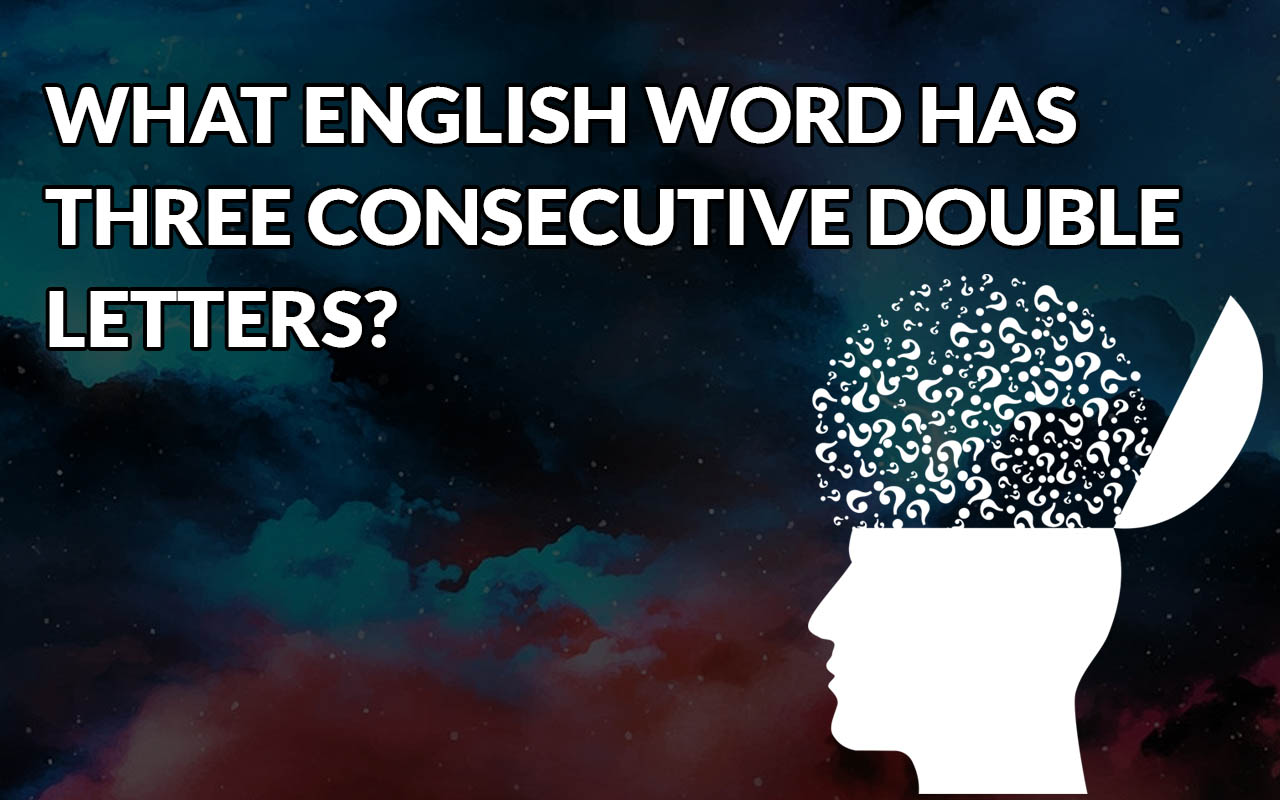 This is another hard riddle, unless you are a master in English. First, think of words with double vowels. The first and last letters of those combined words will form one set of double letters. Now, just give it a try and see if you can come up with something. 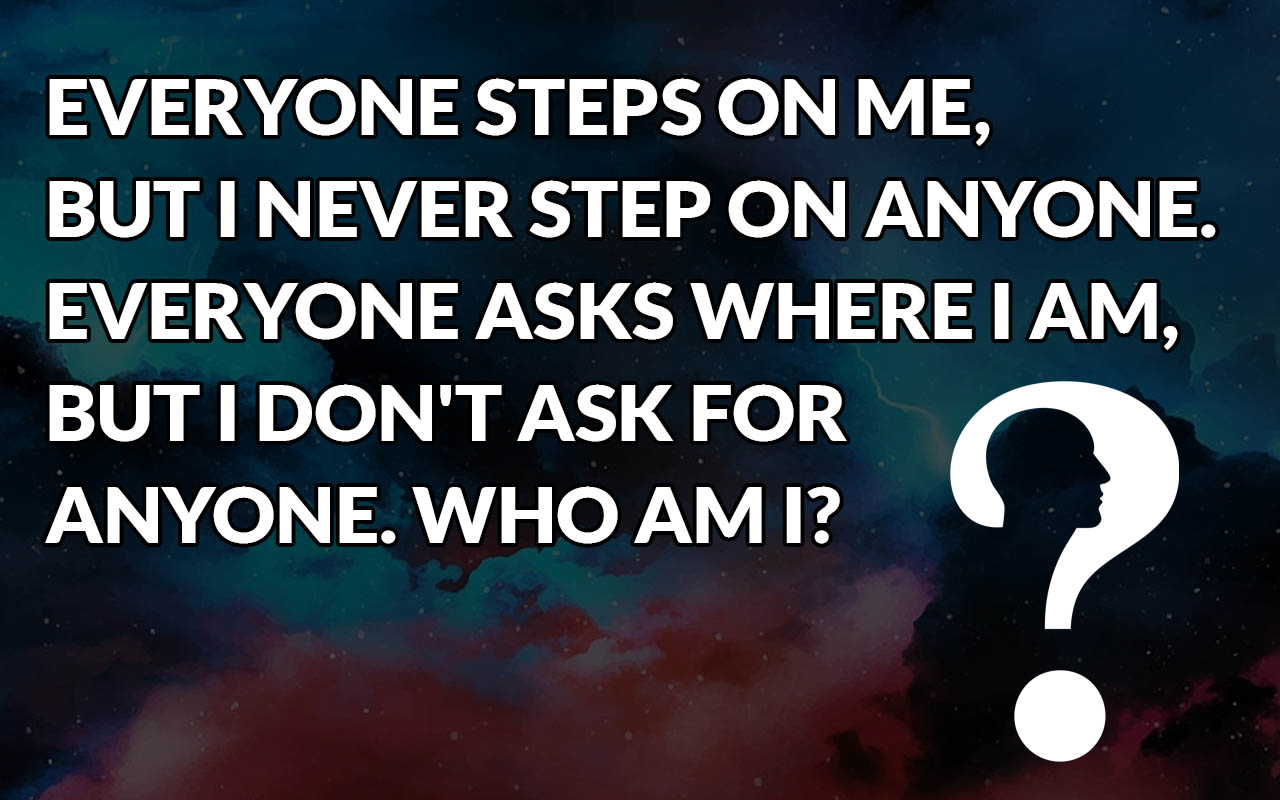 “Everyone steps on me, but I never step on anyone. Everyone asks where I am, but I don’t ask for anyone. Who am I?”

The riddle makes you think that it’s someone but in reality, it’s rather something. 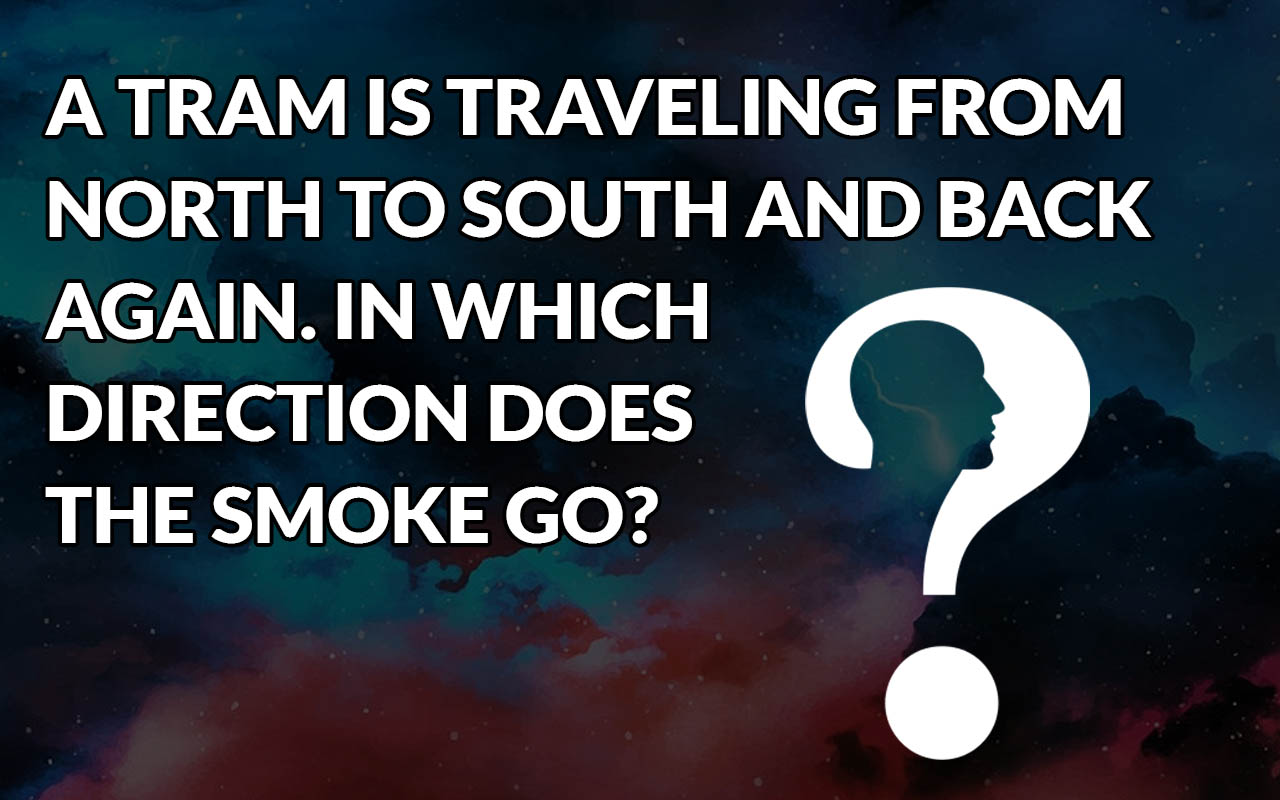 “A tram is traveling from north to south and back again. In which direction does the smoke go?”

Think about the direction the “tram” is moving and maybe you can figure out the answer.

Answer: There’s no smoke, since trams are electric. 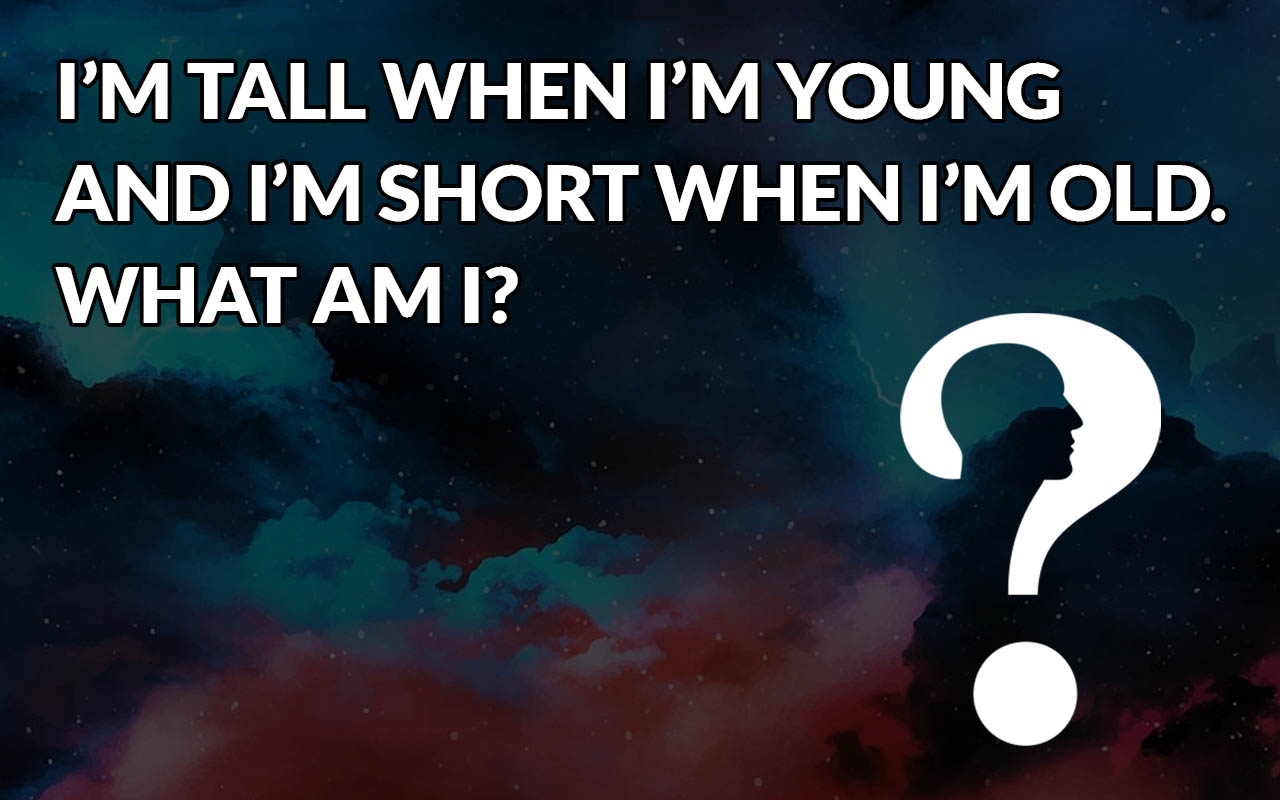 Remember that time plays a huge role in its life. 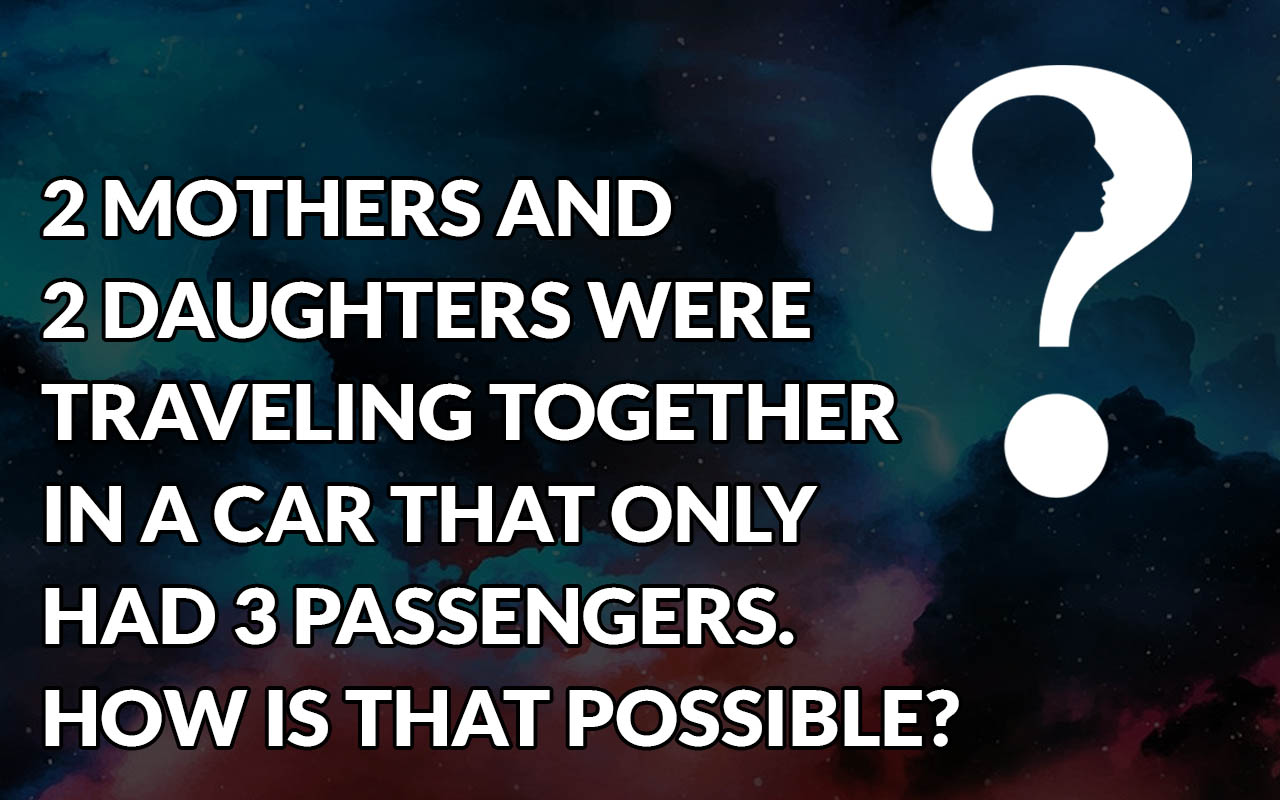 “2 mothers and 2 daughters were traveling together in a car that only had 3 passengers. How is that possible?”

The answer lies within the car. Haven’t figured it out yet?

Answer: The grandmother, mother and daughter are traveling together. 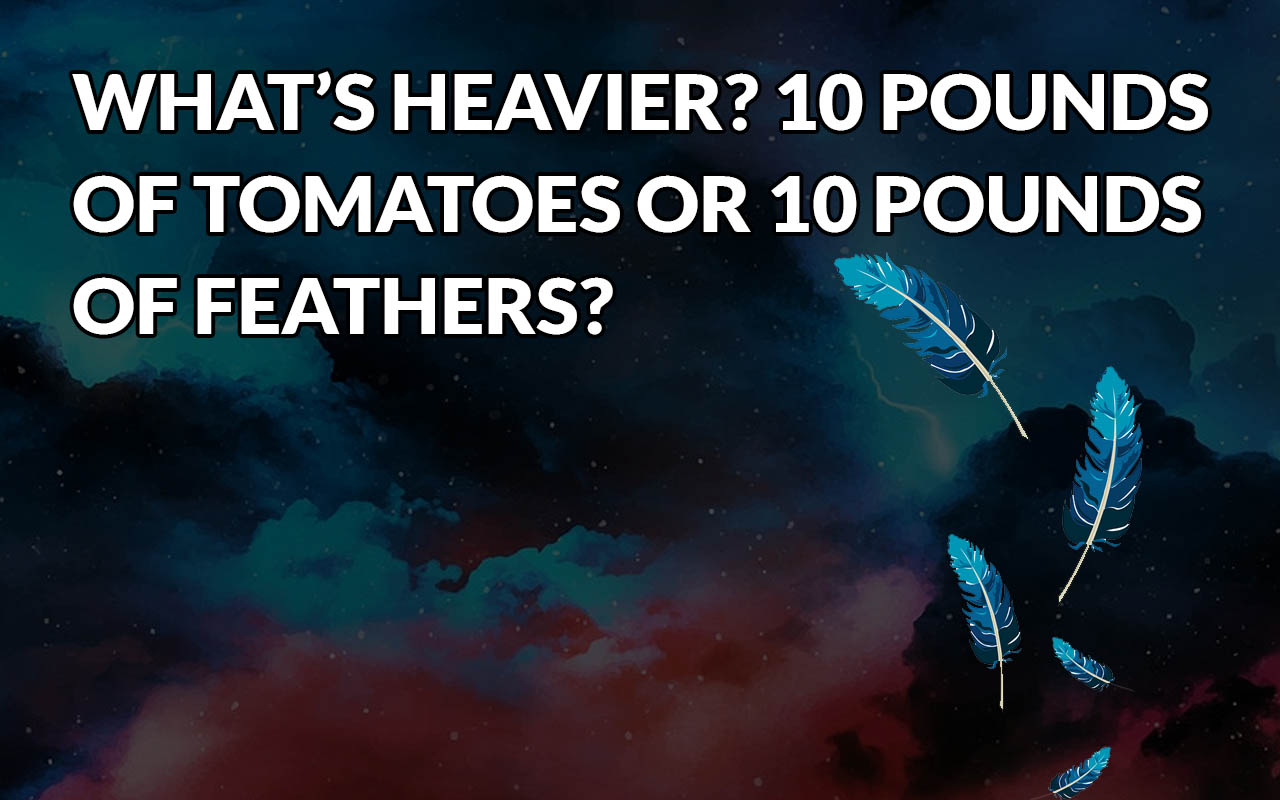 If you think about it, feathers are way lighter than tomatoes. So, obviously, you would have an answer by now. 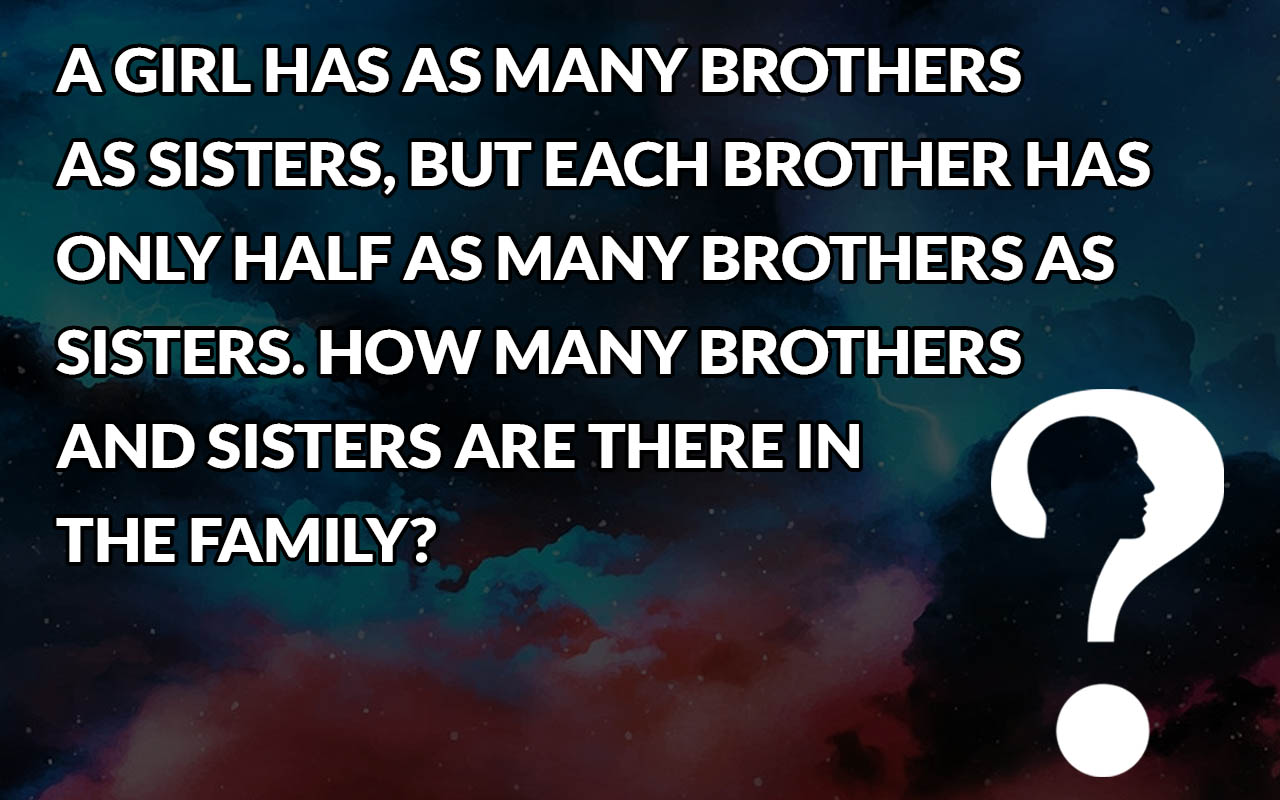 This is a tricky question since it gives you a bunch of ways to get totally confused if you try to figure out the answer. The key is to keep it simple and count the sisters and brothers in total. 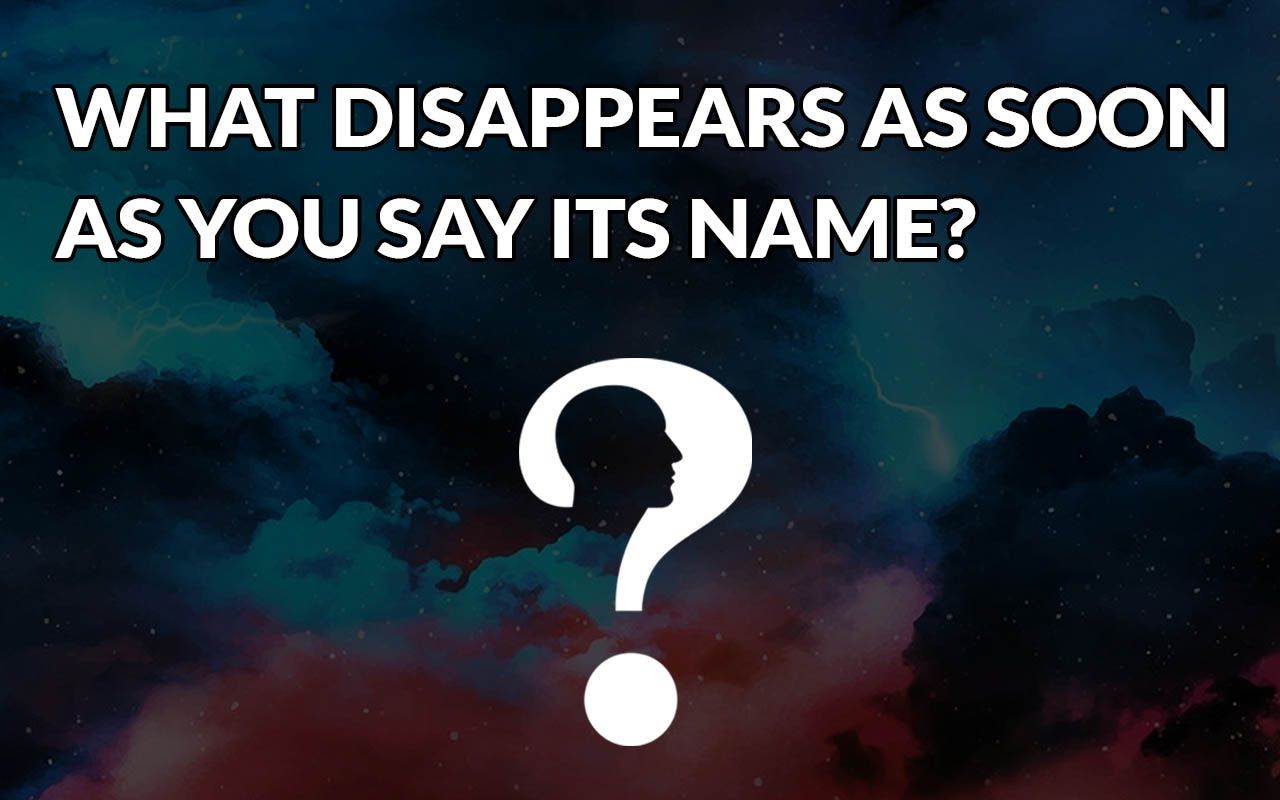 “What disappears as soon as you say its name?”

Think logically or in a straightforward way. 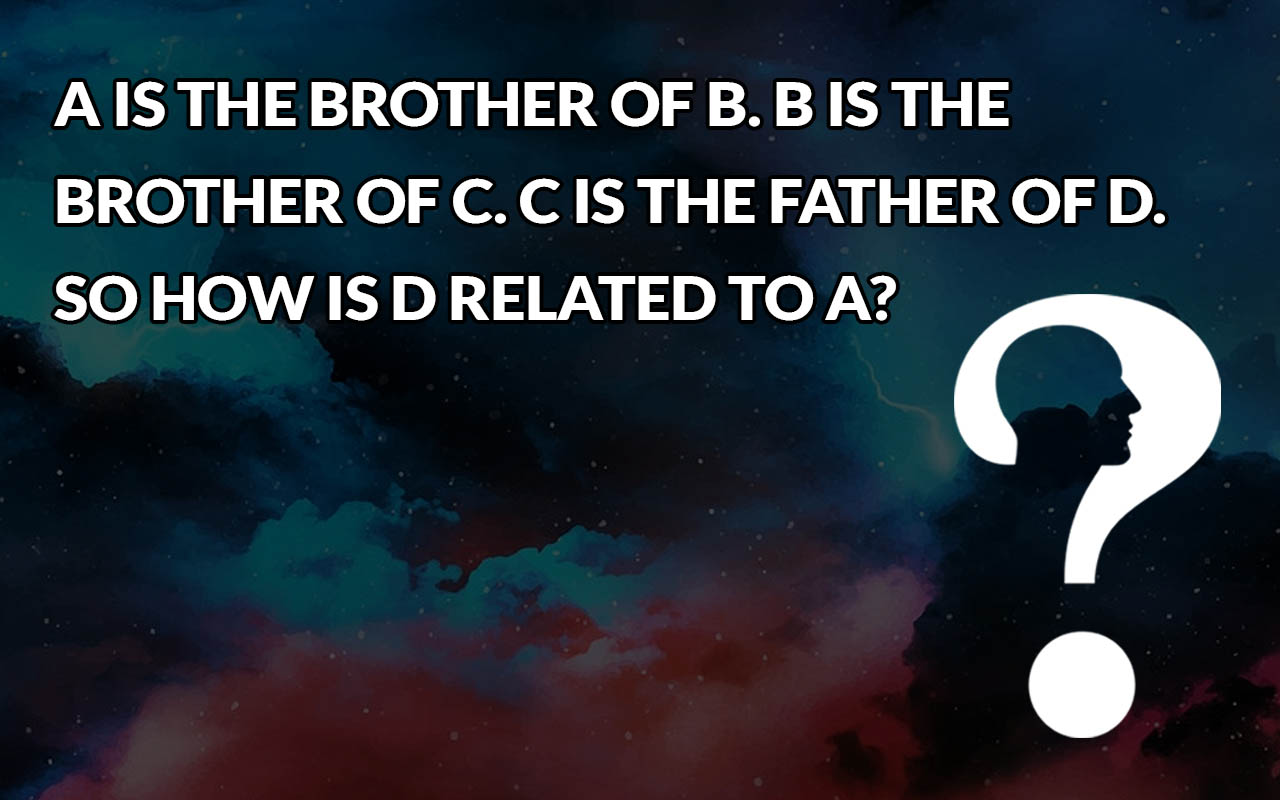 This riddle might make your thought process go in all directions. However, try to stay clear, just follow the logic, and you might just find the answer.

Previous 12 Ridiculous Facts That Will Stick With You Forever
Next Are we alone? If Not, Then Why Haven’t We Found Them Yet?