13 Common American Customs that are Considered Rude in Other Countries

13 Common American Customs that are Considered Rude in Other Countries

Traveling is good for you. Whenever you travel, you learn how different the world is than back home. It not only makes you appreciate the little things, but also makes you understand that the world is not the same everywhere. Some of the things we consider to be common among us can sometimes be considered rude in other countries. For instance, we are used to tipping every time we eat out. This act might be seemingly innocent but did you know that in some countries it is considered an insult? Like that, we have gathered a list of American customs that are considered rude in other countries.

It is a habit that most of us consider to be normal. Some experts even suggest sitting in the back of a cab to be safer than sitting in the front with a random stranger. In countries such as Australia, New Zealand, parts of Ireland, Scotland, and the Netherlands, however, this normal custom is considered rude. According to Taxi Fare Finder, if you don’t sit in the front with the driver in these countries, some drivers intentionally take you through longer routes since they consider you to be impolite. So, next time you visit these places and ride in a cab, make sure you sit in the front, since it’s a matter of egalitarianism for them. (source)

2. Laughing with your mouth open.

Laughing out loud while showing your pearly whites is quite natural for us, and we don’t find it to be impolite. Other countries and people however, don’t see it the same way or desire to view open mouth laughter. In Japan, open mouth laughter or exposing your teeth while laughing is considered to be impolite and thought to “sound like horses”. This is one of the reasons why Japanese women cover their mouths with their hand when they laugh or even smile. (source)

3. Not showing up on time or being late for important events.

Being fashionably late is a normal thing in the US and no one expects people to arrive on time. In fact, when making appointments, most people use the term “around x” or “x-ish”, so that you don’t have to come up with excuses fo being late. While this is acceptable in the US, in countries like Germany and Argentina, this custom is considered to be rude. Some people while visiting parties and events would show up half an hour early in Germany, which can be considered slightly audacious in the US. So, next time your German friend invites you over, make sure you are on time or they might consider you to be someone who thinks your time is more valuable than everyone else’s. (source)

4. Opening gifts immediately or in the presence of the giver.

In the US, everyone likes to immediately open presents and compliment the giver, even if the gift was disappointing. But, in many Asian countries including China and India, gifts are to be opened only after they giver has left. If anyone tears into a present immediately or in front of the giver, it is considered poor form or rude. This is because if one gift-giver clearly out-gifted someone else, the situation can be awkward for others in the room. (source) 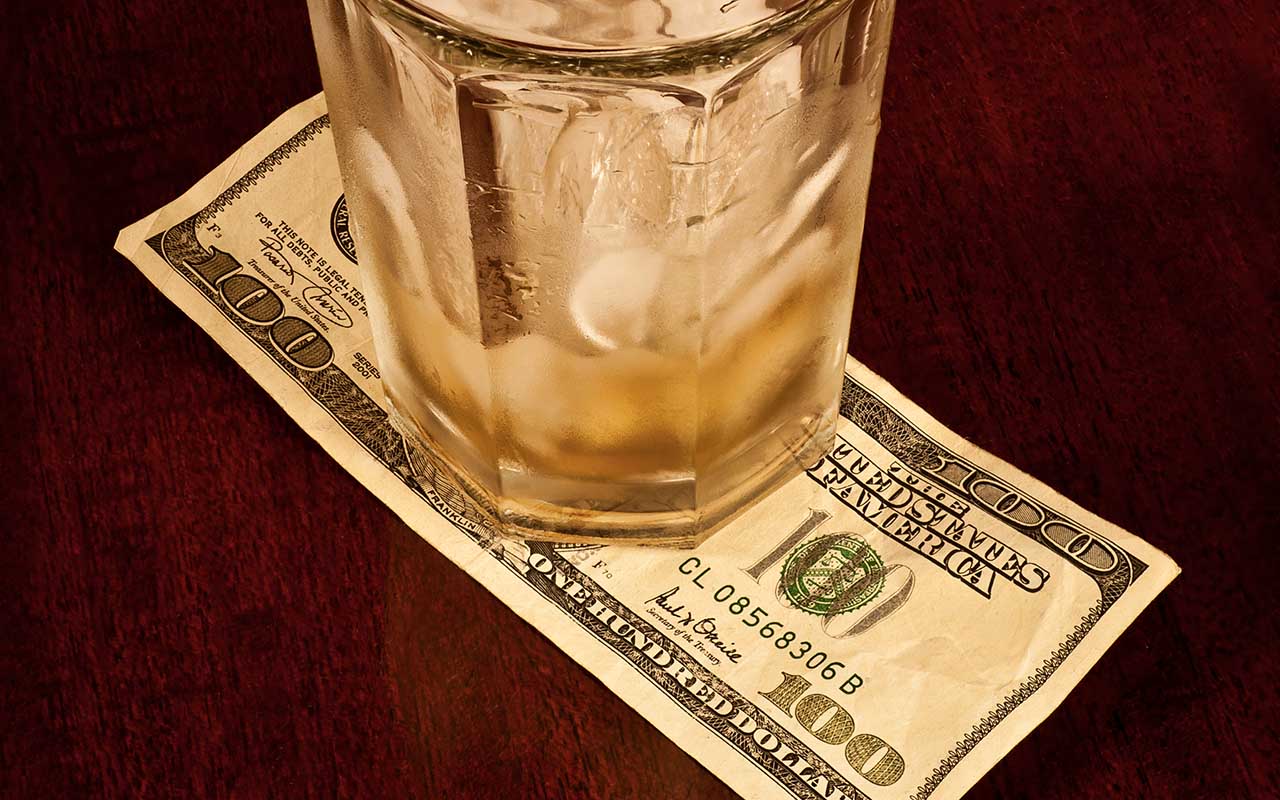 In the US, the easiest way to become the least popular person at a restaurant, among friends or significant others, is to not tip. Not just the absence of tipping, but undertipping can also make you the least favorite customer among servers and restaurant owners alike. In Japan and South Korea however, tipping is seen as an insult. In Japan, superior service is expected by everyone, even without an added incentive. It’s also considered an inability for someone to depend on the generosity of customers. (source)

6. Putting your hands in your pocket while speaking.

Crossing your fingers while promising or wishing upon something is seen as an innocent act. In some cultures, it is even considered to bring good luck. But in Vietnam, it is considered rude and impolite, especially if you do it in front of another person. (source)

8. Blowing your nose in public.

The winter season can be extremely uncomfortable, especially for your nose, and blowing your nose in front of others can be a fairly common practice. In Japan however, nose-blowing in public or in front of others is considered a major annoyance. So, if you have to blow your nose while you are in Japan, make sure you keep sniffing it in until you reach the privacy of the nearest bathroom. (source)

9. Asking questions like “What do you do for a living?”.

When meeting new people, it’s common for us to ask what they do for a living or what their hobbies are. In countries with social-welfare systems, like the Netherlands, such questions can be considered rude and extremely inappropriate. Asking someone about their salary is also considered extremely disrespectful and experts advise travelers not to engage in such conversations with locals while visiting. (source)

10. Finishing a meal and leaving your plate empty.

In the US, we are used to finishing entire meals and leaving our plates spotless. This not only shows that the meal was delicious, but also that we enjoyed every bit of it. In countries like China, the Philippines, Thailand, and Russia, leaving your plate empty is considered rude. It also means that you’re still hungry and that the person hosting has failed to provide you with enough food to satisfy your desire. (source)

In the US, depending on the stage of a relationship, we shake hands, do fist bumps, hug or pat on one’s back. These are actions we use to greet our friends or loved ones. In Asian cultures, however, it is not only considered uncomfortable, but in some cases, forbidden; especially amongst men and women. In places like China, Thailand, Korea, India and the Middle East, a hands-off approach is used and personal space has to be respected. (source)

It’s one of the first etiquette lessons many of us learn as children. Saying “thank you” is part of our daily lives. We thank people for everything, including passing the ketchup bottle or salt shaker. In India however, thanking close friends and family members is not appreciated. Saying “thank you” suggests that your relationship is more formal than friendly. “Thank you” is reserved solely for formal occasions or for people who hold doors for others. (source)

13. Adding salt and pepper to your food.

It’s a common habit to grab the salt and pepper and add a little extra flavor. In fact, 95% of Americans have this habit, but in Egypt, it is considered a huge insult. After the chef prepares it and we alter the taste with the spices, the flavor of the dish changes completely. So, chefs consider this habit to be extremely rude and disrespectful. When you visit restaurants in Egypt and if you find that there are no spices laid out on the table, don’t ask for them. The same applies when you dine at someone’s home. (source)

Previous 13 Mind-Blowing Facts That Are Stranger Than Fiction!
Next 10 Facts That Show How Sound Effects in Our Favorite Movies Are Made