The universe is shrouded with mysteries. As technology advances every day, we are able to see and understand things that were previously unknown. Today, manmade robots, satellites and probes are traveling millions of light years away and sending information so that we have a better understanding of things. One of the greatest scientific achievements of our time was the Mars Rover Opportunity. The robotic rover touched down on Mars on January 25, 2004, and was only intended to serve a 90 day mission. The machine however, crawled more than the distance of a marathon (26.2 miles, or 42.1 kilometers), between its landing day and when the rover was last heard from on Mars, on June 10, 2018.

While scientists are exploring the deeper parts of our universe, one man is conducting explorations on our very own planet. With the help of digital cameras and his ability to capture stunning images, Dutch filmmaker Jan van IJken recently created a short film; a 6-minute timelapse showing a single cell growing into a complete organism.

The timelapse captures the normally invisible progression of a living organism from a single cell to a complex life form. 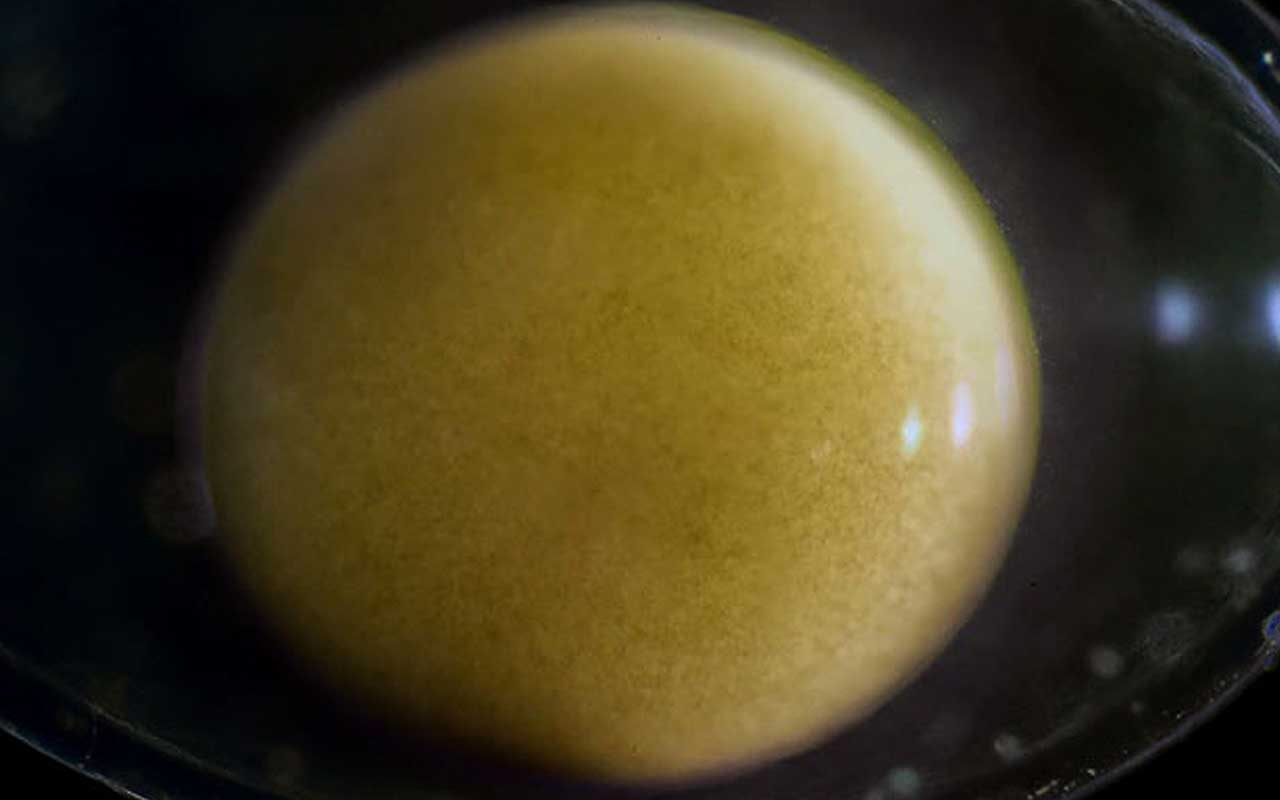 “Becoming is a short film about the miraculous genesis of animal life,” van IJken wrote. “In great microscopic detail, we see the ‘making of’ a salamander in its transparent egg from fertilization to hatching.” 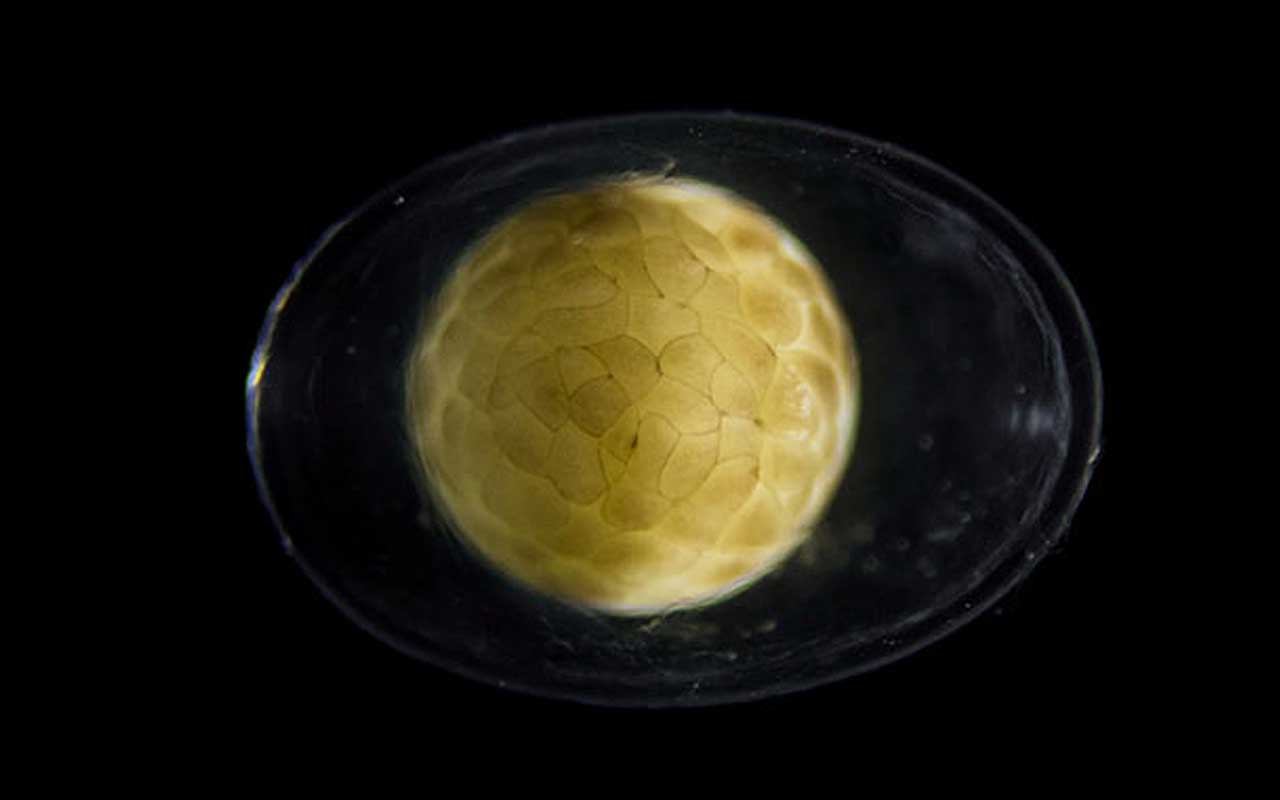 The transparency of the egg was the main factor as to why van IJken chose to record the ‘becoming’ of the alpine newt in particular. “I filmed the egg in a Petri dish, in water. To me, the biological aspects were the most challenging parts of creating this short. Figuring out how long do the processes take, what are the different stages of development, and so on. I had to become a bit of a biologist and a bit of a scientist”. 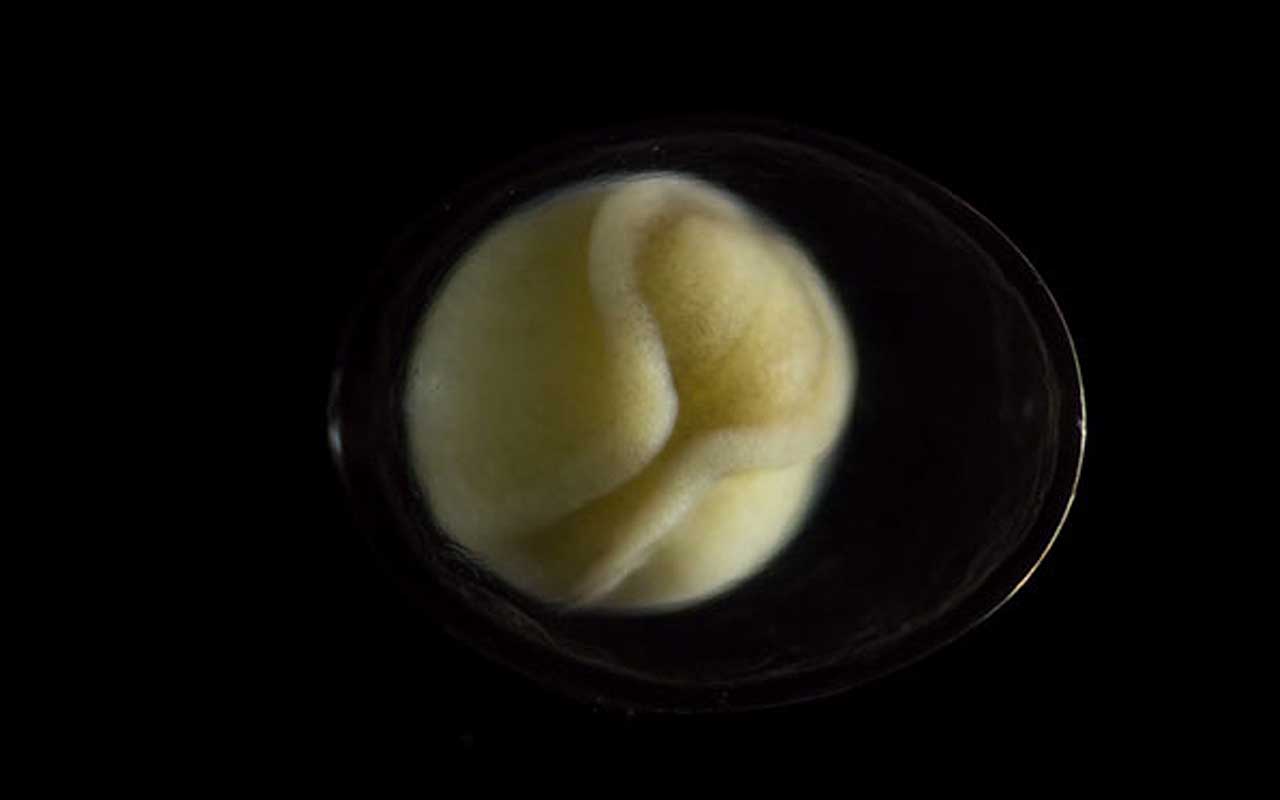 The first stages of embryonic development are roughly the same for all animals, including humans. In the film, we can observe a universal process which normally is invisible: the very beginning of an animal’s life. A single cell is transformed into a complete, complex living organism with a beating heart and running bloodstream.

Captured in stunning detail at microscopic scales, the timelapse is a remarkable look at the process of cell division and differentiation, whence all animals – from newts to humans – come. 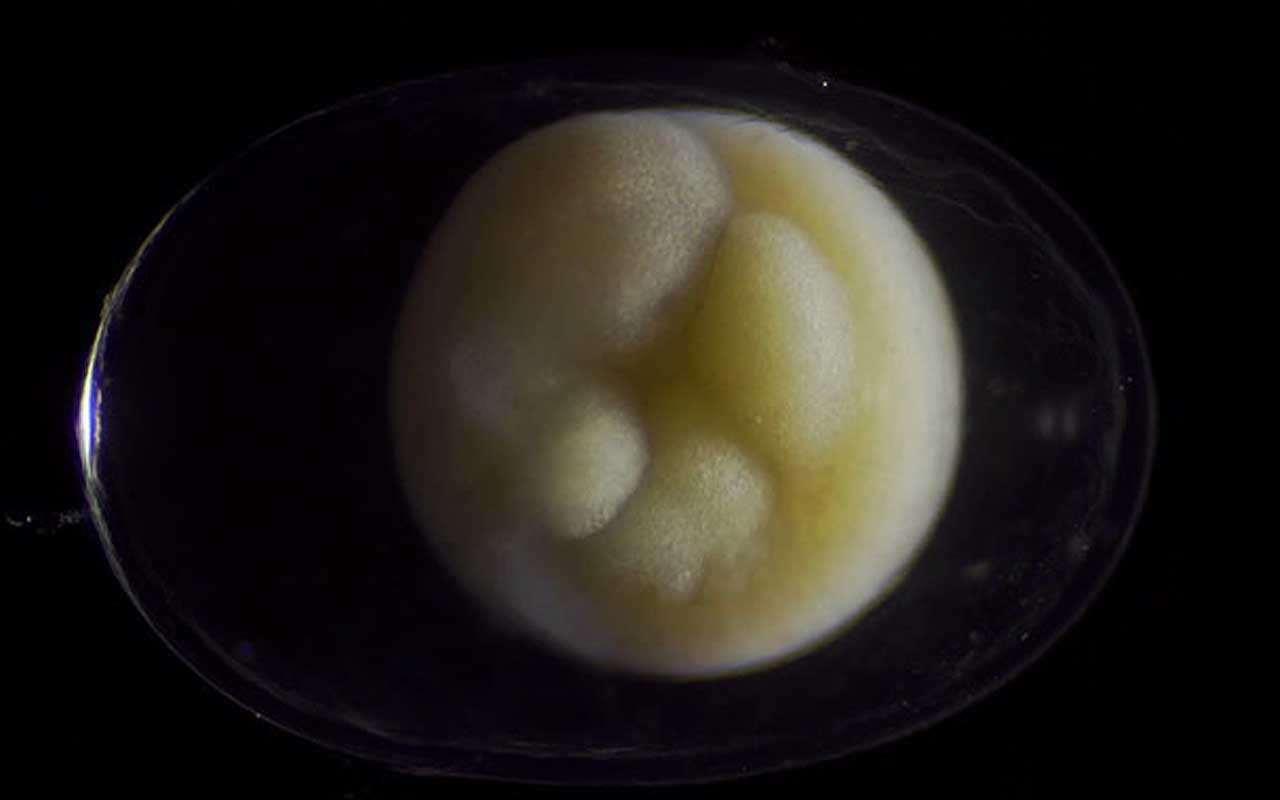 The salamander embryo (an Ichthyosaura Alpestris) was followed very closely in a combination of timelapse and film. All stages of embryogenesis can be seen in this film. Time was condensed from about 3 weeks to 6 minutes. 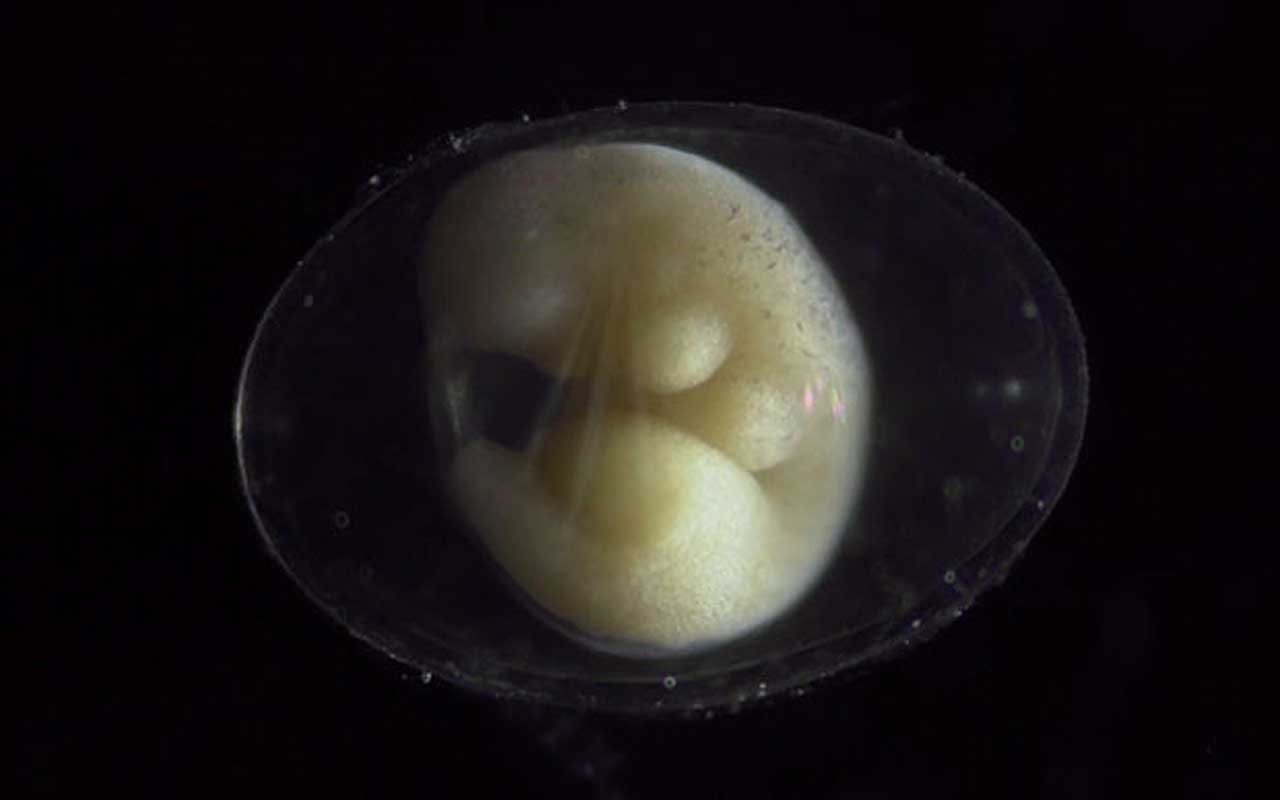 It’s “a short film about the miraculous genesis of animal life”, according to Jan van IJken. 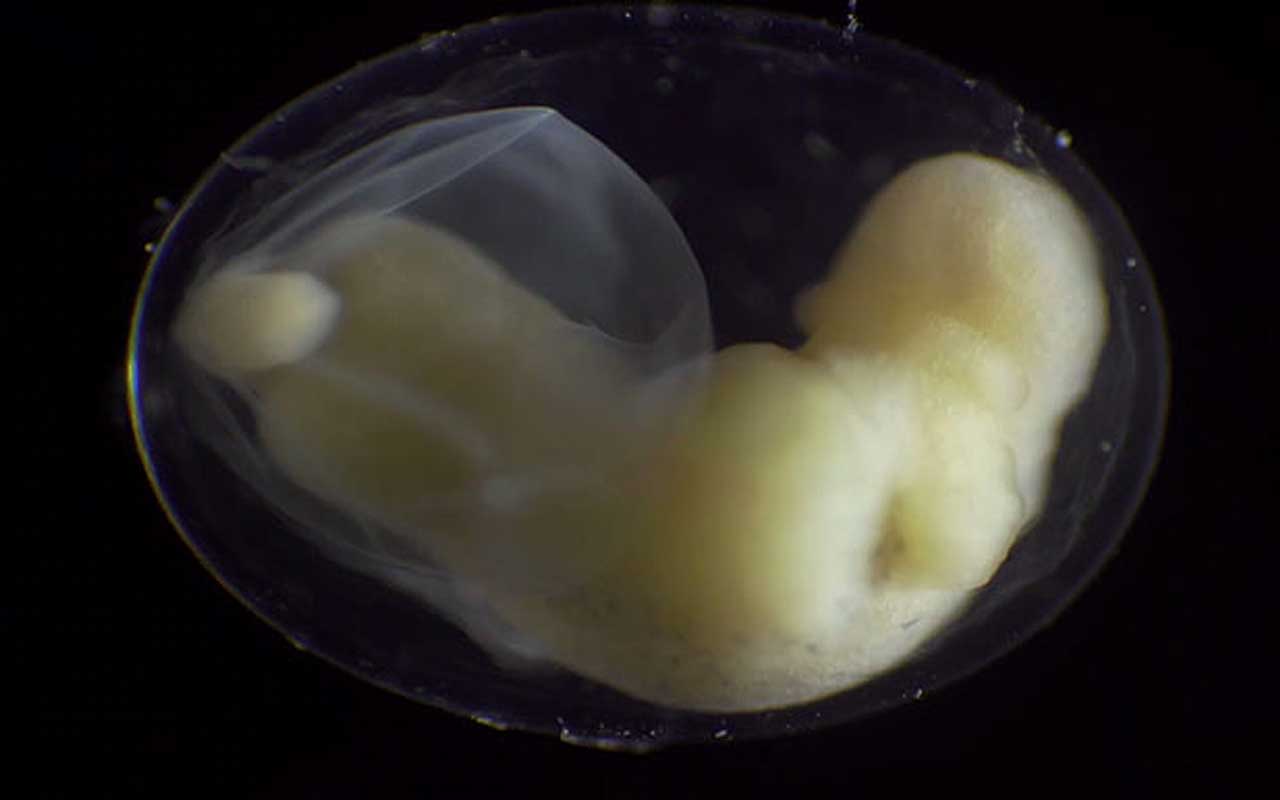 Wondering what the difference is between newts and salamanders? All newts belong to the salamander family, but newts have dry, bumpy skin. Salamanders have smooth, wet skin like a frog’s. Newts spend most of their time on land. Salamanders can live on land or in the water, depending on the species. 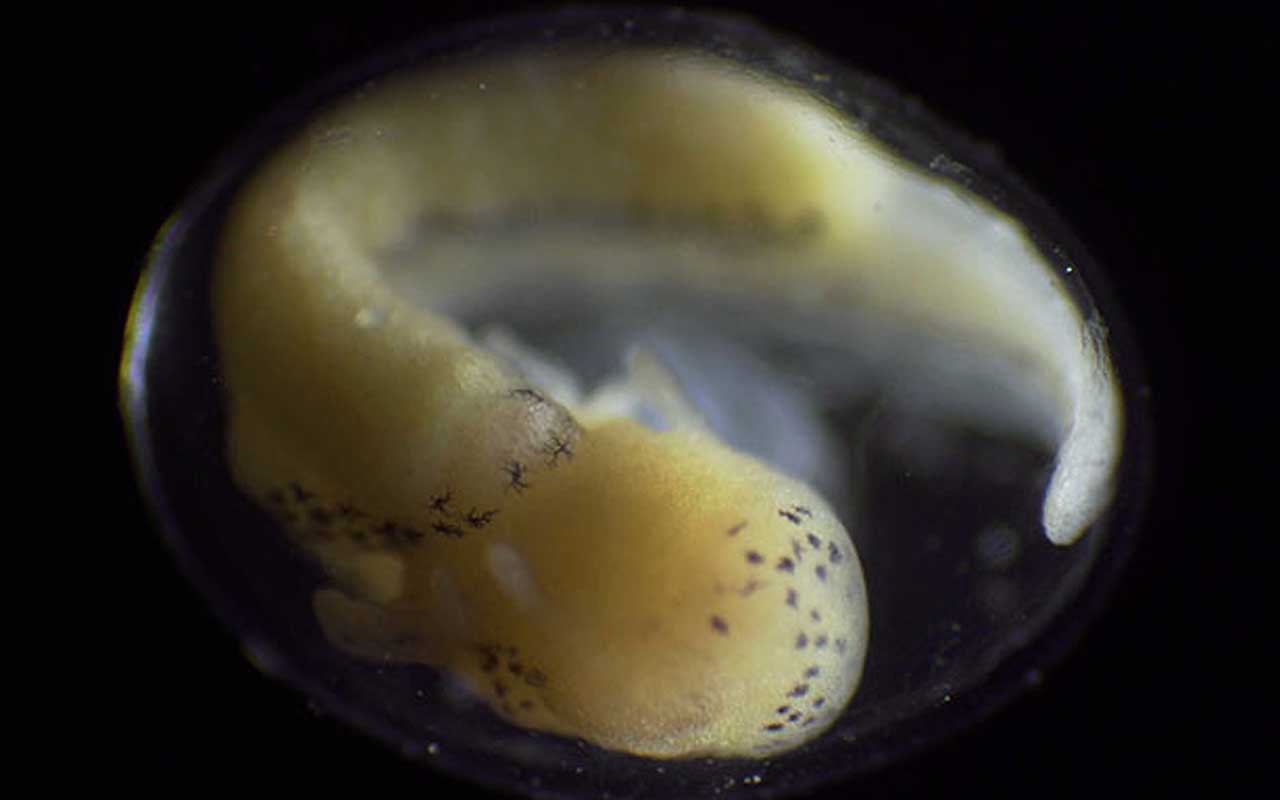 The documentary has been selected at more than 20 international film festivals and won the award for Best short documentary at Innsbruck Nature Film Festival 2018, Austri and the Visual Science Award at Imagine Science Abu Dhabi 2019. 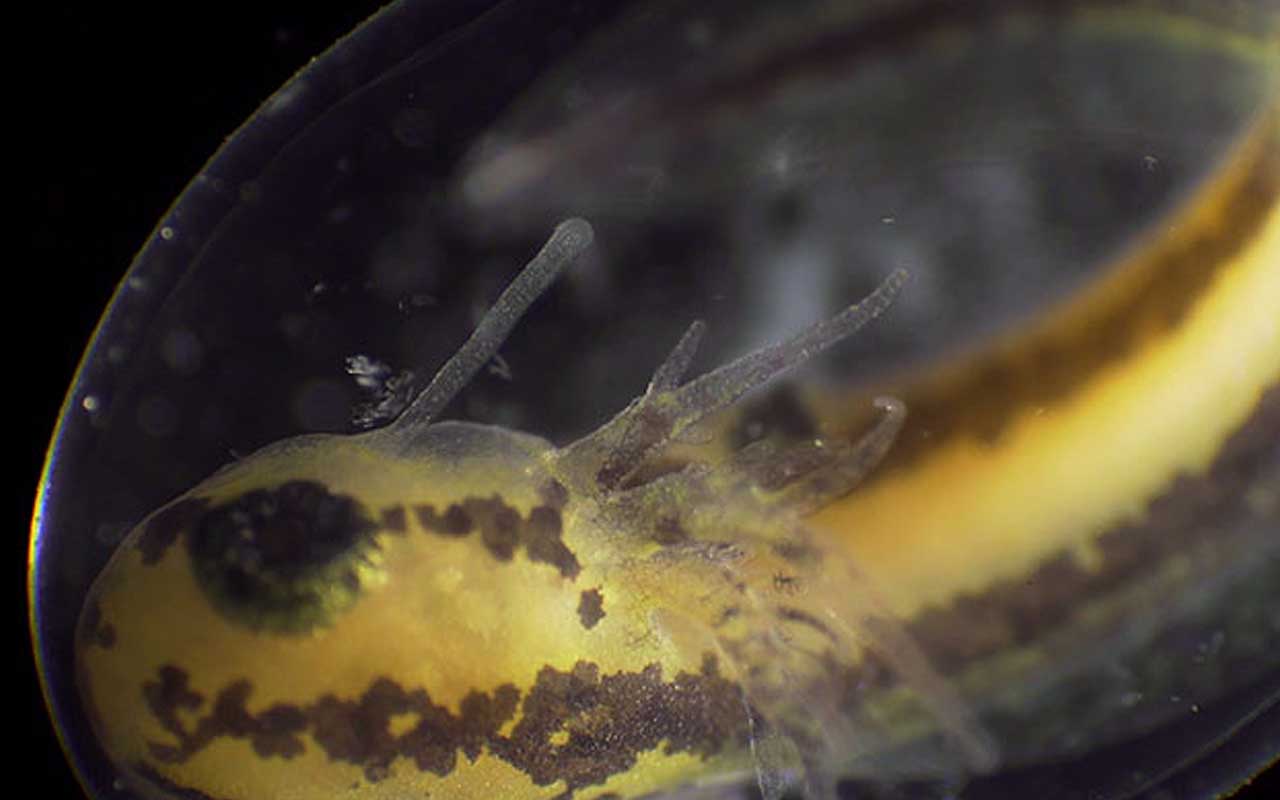 Salamanders and newts are amphibians. Most of them hatch from eggs that are laid near or in water. Most have gills when they are born and later, develop lungs. A few have both gills and lungs their whole lives. 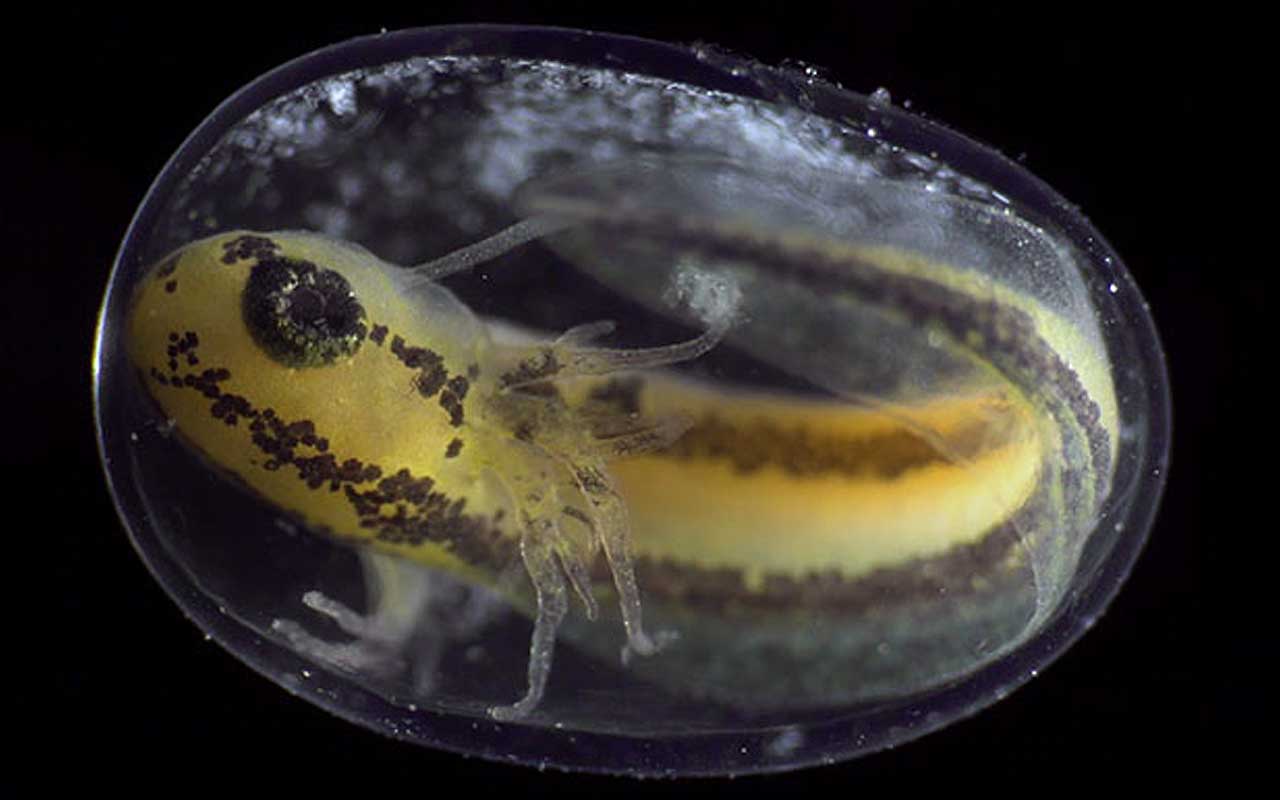 Native to central and southern Europe, the amphibious alpine newt breeds in shallow water, where its larvae are born, hatch and feed on plankton, before sprouting legs and moving to land.

The Alpine newt typically lives in forests with good access to water in hilly to mountainous regions. They are mainly found and constricted to Central Europe and parts of mountainous Southern Europe as well as an isolated area on the Iberian Peninsula. Adult newts breed in shallow water, where the larvae is born and feeds on plankton. Once they sprout their legs, they move towards land and the whole process starts over.

You can watch the timelapse to see it fully evolving into an organism:

Adults can grow up to 11 cm in length, and on land, the Alpine newt favors wooded areas. They are highly active during the night, but they may be seen during the day, especially in the breeding season or following rain.

While the adults feed on invertebrates, the larvae feed on small, aquatic invertebrates such as water fleas. During autumn and winter, alpine newts become terrestrial to hibernate. These little critters can live for as long as 20 years. During the 1970’s, the population underwent a steady decline but today, they are found abundant throughout Europe and some parts of the Iberian Peninsula.

Every day, we come across so much information that makes us realize how little we …