There are certain facts that are so astonishing that they sound completely made up. Take, for example, tigers are vengeful creatures or that dolphins can recognize each other through phones. While facts like these can make one think they are made up, the world is a crazy place and tons of crazy things happen every day. Here, we are listing 11 facts that we considered best to share with you.

1. There are giant pyrosomes – a hollow 100-foot bioluminescent worms – living in the ocean.

Also known as “Sea Unicorns”, pyrosomes are transparent and hollow worms that are rarely found in the ocean. Although it gives the appearance of a single living organism, it actually consists of thousands of organisms that glow in the dark with bright and long lasting light. They replicate themselves and keep on growing forever based on available food and physical disturbance.

2. The use of forks was considered sacrilegious.

Today, we can’t imagine eating a meal without utensils but back when it was first introduced in Italy in the 11th century, they were seen as offensive. Oddly enough, people used to eat with their fingers and the number of fingers used to eat the meals distinguished the upper class from the lower class. Three fingers were considered to be good manners.

The poem, “Mary Had a Little Lamb”, was based on a real person, Mary, who did in fact have a little lamb. Mary Sawyer was born on 1806 and in 1816, she was heading to school when her little lamb decided to follow her. At the same time, John Roulstone saw Mary’s little lamb following her to her school and Mary wrapping the lamb in a blanket that she placed at her feet until it made a noise, informing the teacher of its company. So Roulstone wrote a poem about the incident and delivered it to Mary.

4. Netflix was founded before Google.

5. It takes 2 years for a pineapple to grow.

Pineapple plants require two years to grow and produce a fruit because it takes 200 flowers to develop into one fruit. This means every segment you see on the skin of a pineapple was once a flower. It then formed into a berry which then formed into one mass with other berries from the flowers on the same stalk to form the pineapple you see.

6. Every Canadian is allowed to get a free Canadian flag from the government. However, if you ordered a flag today, you would get it in approximately 100 years.

The amount of people that request a free flag from the Canadian government has surged in popularity in recent years so much that one would have to wait about 100 years before they can get one mailed to them.

According to scientists, this has everything to do with the moon moving away from our planet. A study published in Proceedings of the National Academy of Sciences, shows that 1.4 billion years ago, a day on Earth lasted just over 18 hours. The moon is moving away from our planet at just 3.82cm a year, which is having a small, but measurable effect on Earth’s movement. Eventually, in about 200 million years’ time, every day on our planet will be 25 hours long, the researchers say.

8. You can rent out an entire country.

If you really want to throw a party everyone will remember, try renting out an entire country for the night. For just $70,000 you can rent Lichtenstein for an evening.

It’s natural for us to shake the ketchup bottle before using them. Turns out, the more you shake it, the thinner the consistency gets. Why? Spherical tomato particles form into thinner ellipses when shaken, making your ketchup 1,000 times runnier.

10. The Mongolian Navy consists of one small tugboat and seven men.

The landlocked country really has no need of a navy, but they feel like they need at least one. So the Mongolian navy is one tugboat with a seven-man crew.

11. If you are ever face-to-face with a shark, keeping eye contact and making yourself appear big might help you.

If you’re being circled by a shark, the worst thing you can do is panic. According to experts, the best measure would be to climb to safety immediately. If you are away from land or boats, your best defense would be to maintain eye contact and make yourself appear as big as possible in the water. According to Richard Peirce, a shark expert and former chairman of the UK-based Shark Trust charity, “The bigger you are in the water, the more respect you’ll get.”

Also, never get into a position where the shark can get behind you. “Keep your back to something like a coral reef. Then you’ve only got one direction to look. You’re protected from behind, for example, and that enables you to keep the shark in sight in front of you and maybe swim to the top of the reef slowly to where your boat is” says Peirce. 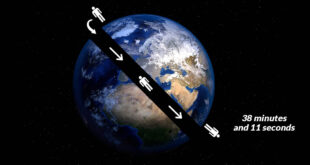 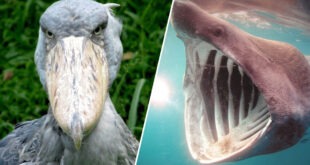 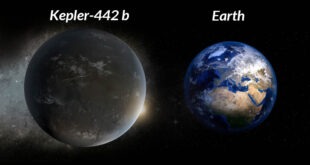 12 Crazy Facts About Earth You Never Learned in School 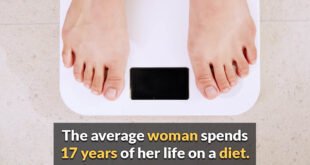 When you hear the word “snack”, what immediately comes to your mind is chips, cookies …