Controlling parents are by definition focused on themselves. This can impact several aspects of someone’s life including social and emotional well-being, relationships, problem-solving skills, academic and career decisions, and overall life satisfaction. Here are 10 signs that will allow you to see if you were raised by controlling parents.

1. You have a low self-esteem.

If you’ve had to deal with the feeling of worthlessness, it’s not something that you suddenly developed. Studies show that controlling and over-involved parents can actually have a negative impact, causing long-lasting effects on your emotional well-being. This can lead to poor self-esteem, and high levels of stress which can worsen over time if adequate help is not obtained. Controlling parents raised you to believe that your authentic self is somehow flawed.

Growing up, if you experienced being shamed for not meeting their expectations, having a feeling of your own, or for not coinciding with their point of view, then you were raised by controlling parents.

2. You are highly sensitive to criticism.

Narcissists or controlling parents often view their children as an extension of themselves. So, in order to maintain an inflated and positive experience of self, they want their offspring to be perfect in every sense. This means that every imperfection within you or mistakes you made were repeatedly brought up to make you feel miserable. Controlling parents rarely accept failure so they nitpick, criticize, judge and control. As a result of this, you end up being highly prone to criticism to even the smallest of them.

3. You end up being a part of one sided relationships.

One of the bad things about growing up surrounded by controlling parents is that you find yourself ending up in relationships where you are either exploited or ignored. Experts say that this happens due to the fact that you haven’t had the chance to develop a healthy template for relationships. This causes you to feel the need to give in to others in order to have a relationship.

4. You have a hard time keeping boundaries.

Those who grow up with controlling parents don’t develop good boundaries because they generally view their children as an extension of themselves and discourage any attempts for individuality; including having boundaries. As a result of this people often have trouble saying “no” as well as hearing it and will be attracted to unhealthy relationships.

Controlling parents usually feel like they are important and better than everyone, and they want their children to look just as ideal to make them look better in front of others. When you behave just like your parent, you were praised and loved since you fulfilled their expectations and desires. This behavior however only caused you to get stuck in a never-ending cycle of trying to gain that love by doing whatever they want. At the same time, you feel like you are never doing enough because the love you get is only temporary and not unconditional.

6. You have a hard time voicing your opinions.

Growing up, if you ever voiced your opinion and it never matched that of your parents, you were probably met with aggression and led to punishment. If they voiced their opinion and you had a different one, they wouldn’t accept that. As an adult, you might find it difficult to challenge others or speak up because of this.

7. You have a hard time being independent.

Growing up in an environment where every little action you take is judged can have consequences as an adult. Controlling parents think that your every action should be reviewed by them since they are the only ones who know what’s right. So they make all your decisions for you, and once you become an adult, you have a hard time thinking on your own and doing things your way. Controlling parents also don’t like you moving out or living far away because they’ll lose the one person in their life they could control to get love and praise from.

It’s not unusual for those who are brought up in a controlling environment to struggle with compulsive eating in their adulthood. Some people overeat to cope with it while others turn towards compulsive shopping. While these acts might make you feel better, it’s only temporary and does not deal with the problem.

9. You’ve turned into a people pleaser.

Because you grew up constantly making your parents feel better about themselves, you might do the same thing for other people. As an adult, you might forget about yourself and even think that your needs aren’t as important as others, causing you to go to extreme lengths to keep them happy; even if it means you have to do things that you regret.

Since you were brought up being manipulated almost every single day, you grew up feeling guilty. Controlling parents have a way of making you feel like it’s your fault, and this causes you to blame everything on yourself. As you grow up, you grow up with the mentality that everything is your fault because it is important for you to maintain a “good” relationship with your parents.

Previous 11 Astonishing Facts That Seem False at First Glance
Next Snacking Can Actually Be A Good Thing, Here’s Why 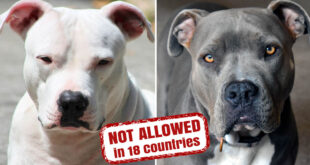