It’s a known fact that healthcare is outrageous. Today, the average American struggles to keep up with hospital bills. A century ago, in 1908, health care was virtually unregulated and health insurance, nonexistent. Physicians practiced medicine and treated patients in the comfort of their homes. Now, having health insurance is mandatory and some are having so much trouble keeping up, that they are considering getting divorced. One such family is from Texas.

Jake and Maria Grey have been happily married for nine years. They have two children together but for the sake of one of them, they are considering getting divorced. 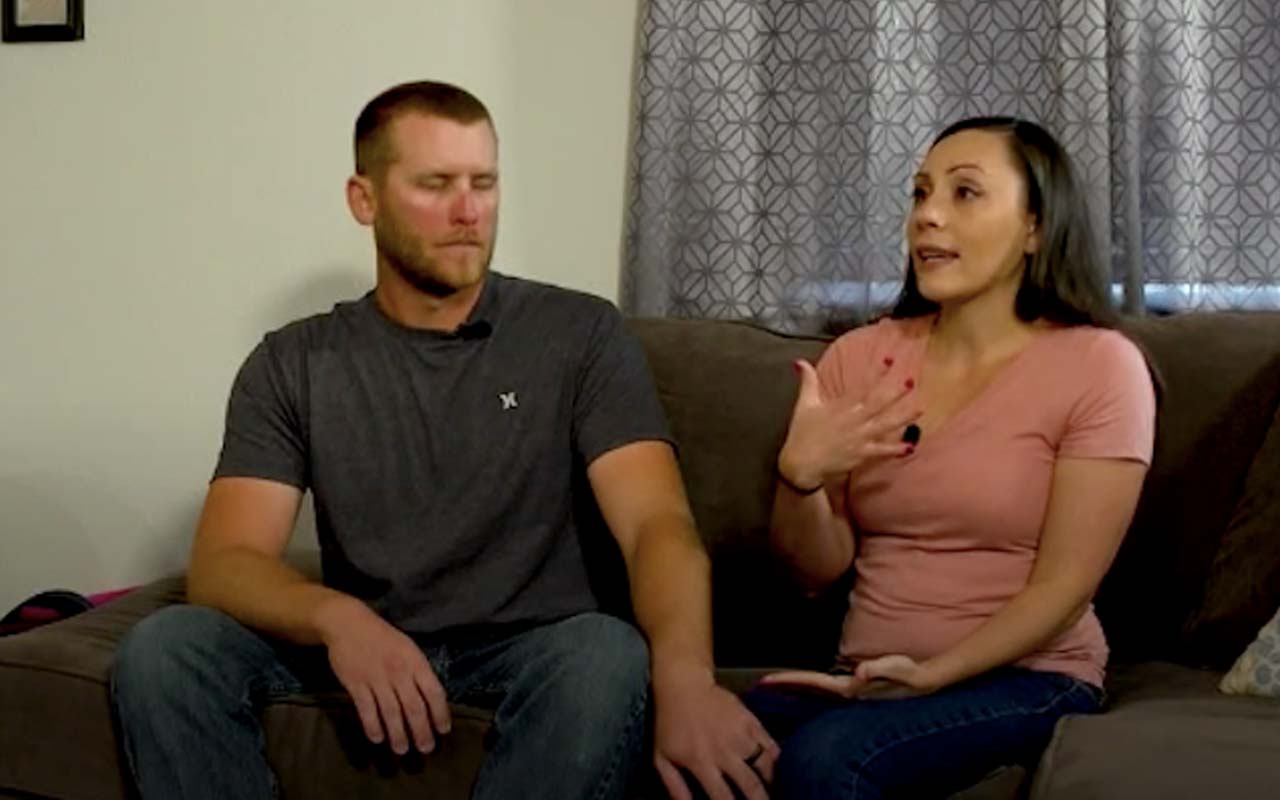 Jake, an Army Veteran, makes $40,000 a year, and Maria is a stay at home mom. However, since the family’s income is $40k, they are not eligible for Medicaid. Their 6-year-old daughter, Brighton, requires around-the-clock care because she suffers from a rare chromosomal disorder called Wolf-Hirschhorn Syndrome. The disorder causes hearing and vision impairments, seizures, and heart and kidney problems.

With their current insurance, the family spends up to $15,000 each year out of pocket for Brighton’s care. The amount is substantially high and takes away 30% of their annual income.

Although they’ve applied for state assistance, they are No. 59,979 on the waiting list, according to the family.

They also have a 2-year-old girl named Fairen to care for.

“You know when you have a newborn, everything gets really stressful. You really have to adapt to someone needing you 24-7 all the time. We’ve had a newborn for six and a half years,” Maria told WFAA.

Left with no other choice, for the sake of their daughter, the couple is considering getting divorced. “It would just be to get a divorce. It would be to not be together to get our child what we need,” Maria said. If the couple get legally divorced, Maria would become a single, jobless mother of two and would qualify for Medicaid to help with their finances immediately.

“We promised to each other and to her that we’d do whatever we could do to make her life, however long she’s going to be with us, as good as possible,” Maria said.

“We’ve just struggled and struggled with it, and now we’ve gotten to the point, where we feel it’s a real possibility. For someone to kind of make you choose between your marriage and your child is just — it’s just a really weird spot to be in,” Jake said.

According to experts, this is not the first case where a family had to choose between their marriage and their children’s health. In a statement, Maria said that they are not looking for charity or donations, but rather to be given the state assistance they rightfully deserve. Hopefully, the state will provide the financial aid they need and not let their happy family fall apart.

Previous This Timelapse of A Single Cell Becoming An Organism Is Extremely Captivating
Next 10 Inspiring Acts of Generosity, Performed by Ordinary People