Since the Wright brothers took first flight on December 17, 1903, the aviation industry has changed a lot. From wood-and-cloth contraptions to Boeing 707’s, the technology, size and stability of airplanes have increased drastically. As technology advances every day, it’s hard to keep up with the amazing things planes are capable of doing. Even if you are an experienced traveller, there are still some things you’ve probably never imagined about airplanes. Here are several secrets that are only known to airport employees and some of the most curious travelers.

If you were one of the lucky ones to land yourself a window seat on a long flight, then your attention might have wandered onto that little hole in the inside window. A Boeing 737 is made up of 367,000 parts. Like many other parts in an airplane, the size and position of the tiny hole is precisely calculated in order to serve a specific purpose.

Passenger aircraft windows are comprised of three panes of acrylic (outer, middle and inner panes).  All three of the panes are strong as well as transparent and two of the panes (outer and middle) serve a structural purpose. The outer pane is responsible for maintaining cabin pressure while the inner one serves as a failsafe. The little hole in the inner pane releases air from the cabin to the space between the windows. This is to ensure that the middle pane is not subjected to any form of stress, except in the case of an emergency (if the outer pane is compromised). (source)

2. Planes are struck by lightning all the time. 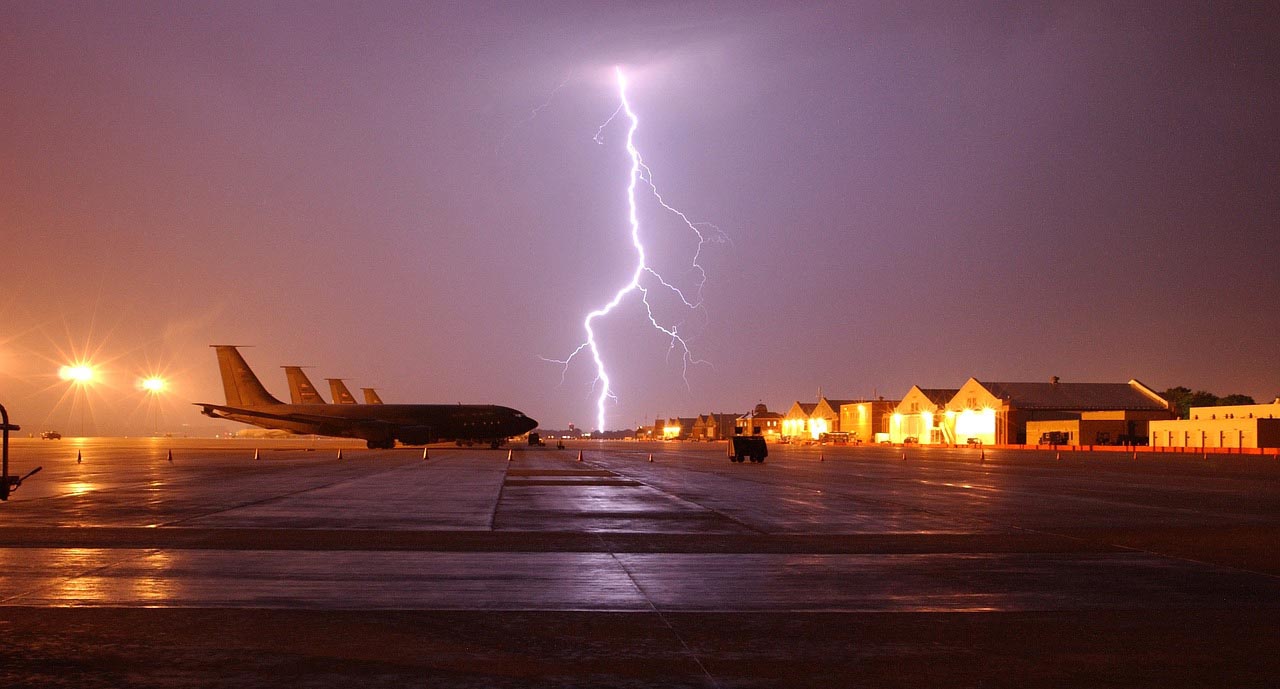 Flying through a storm is like an ultimate nightmare. The constant turbulence will induce panic in almost all passengers. When a person sees flickering lights through his/her window, they might start worrying about being hit by lightning. But, little did we know, lightning poses no danger to an airplane.

The only residue left behind are tiny burn marks at the entry and exit points of the electrical charge. Experts suggest that winds and booms from thunder pose a greater threat than lightning strikes. (source)

Anyone who travels a lot might be familiar with the fact that airplane food tastes bad. A new study from Cornell University suggests that the problem isn’t bad cooking, but the noisy environment people are confined in. Sure, pre-packaged foods don’t taste as good as a gourmet cuisine, but they might not be as bad as we think.

The study was conducted on 48 people, who were all given a variety of solutions with different tastes. The testers first sipped the flavored solutions in silence and then wearing headphones that played 85 decibels of noise that mimicked the hum of a jet engine. What the researchers found was that the noisy surrounding dulled the sweet taste while intensifying the savory one. The study also discovered that the dry recycled air inside the cabin further dampens your taste buds, making you feel as if the food is a little off. (source)

4. Some airplanes have secret bedrooms for the flight crew to relax during long-haul flights.

CRCs or Crew Rest Compartments are tiny areas within airplanes that are used by the cabin crew to relax during long journeys. On long-haul flights, the crew can work to about 16 hours a day. In order to combat fatigue and for them to get a few hours of sleep, some planes, such as the Boeing 777 and 787 Dreamliners, are equipped with these tiny bedrooms.

These bedrooms are not accessible to the passengers and in order to access them, the crew have to walk through a hidden staircase which leads to a small room with 6 to 10 beds. Some of the CRCs are equipped with bathrooms as well as in-flight entertainment for the crew. The size as well as location of the CRCs vary, depending on the type of aircraft. Most Boeing 777s have up to 10 beds as well as a storage facility for flight attendants’ belongings during the journey. (source)

5. Airplanes are capable of taking off and landing with only one working engine. 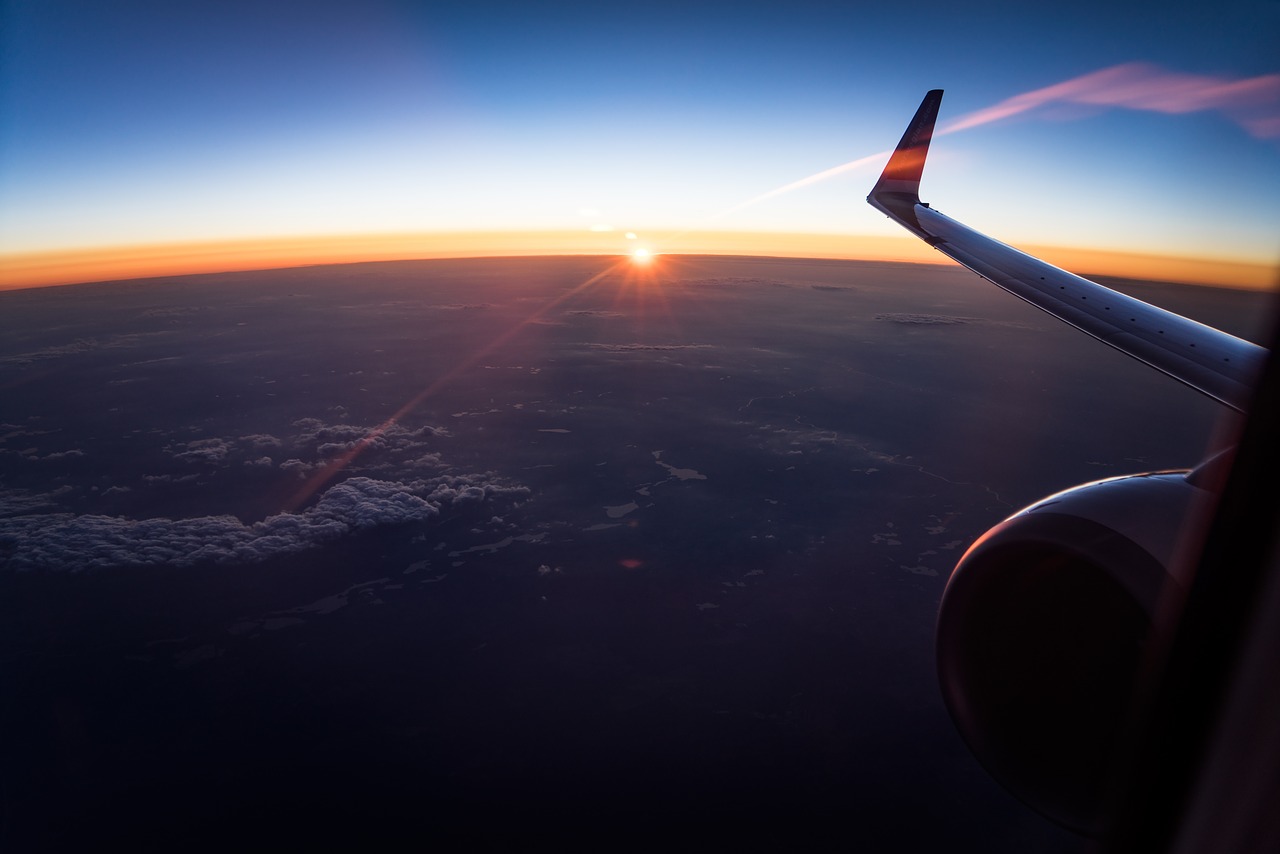 Most twin engine planes are also capable of flying with only one working engine. In fact, most airplanes are capable of taking off and landing with just one engine. Engine failure is not typically a huge concern for pilots, since they are trained to handle the aircraft in such situations. In case of an engine failure, the pilots follow a certain set of protocols to make sure that the failed engine is safe and secure – then they look for the nearest airport.

Engines are built with high standards and as a result, a robust piece of invention is obtained. Engines have built-in fire extinguishers, that the pilots can easily activate with the flick of a button to stop any fire within. Even if the fire extinguisher fails to stop the fire, the engine’s casing is built to stop the fire from spreading towards the rest of the aircraft.

In 2005, an Atlantic 747 with four engines encountered an engine failure. The pilot decided to continue with the rest of the journey, all the way over the Atlantic ocean and back the to the UK, without a problem. By doing so, he not only saved the company $200,0000, he also proved the stability and accuracy of these mean machines. (source 1, 2)

6. There is an emergency escape hatch on the flight deck for the flight crew.

The escape hatches on the flight deck are designed for quick getaways, in the case of an emergency. All Boeing 747s have this feature built into the flight deck ceiling of the cockpit. The hatch provides the three-member cabin to escape, in case the normal exit is blocked for some reason.

The hatch is also used in case of a fire, crash or hijackings. It is also equipped with three inertial reels for the three crew members. The reel is attached to a cable; which each crew member drops at a controlled distance from the roof, to safely escape. All jetliners manufactured in the United States are required to have this emergency exit.

In 1986, a Pan American World Airways cockpit crew used the hatch to escape to safety, after the aircraft was overpowered by four armed hijackers. (source)

7. The tires used in airplanes are specially designed not to pop during landing. 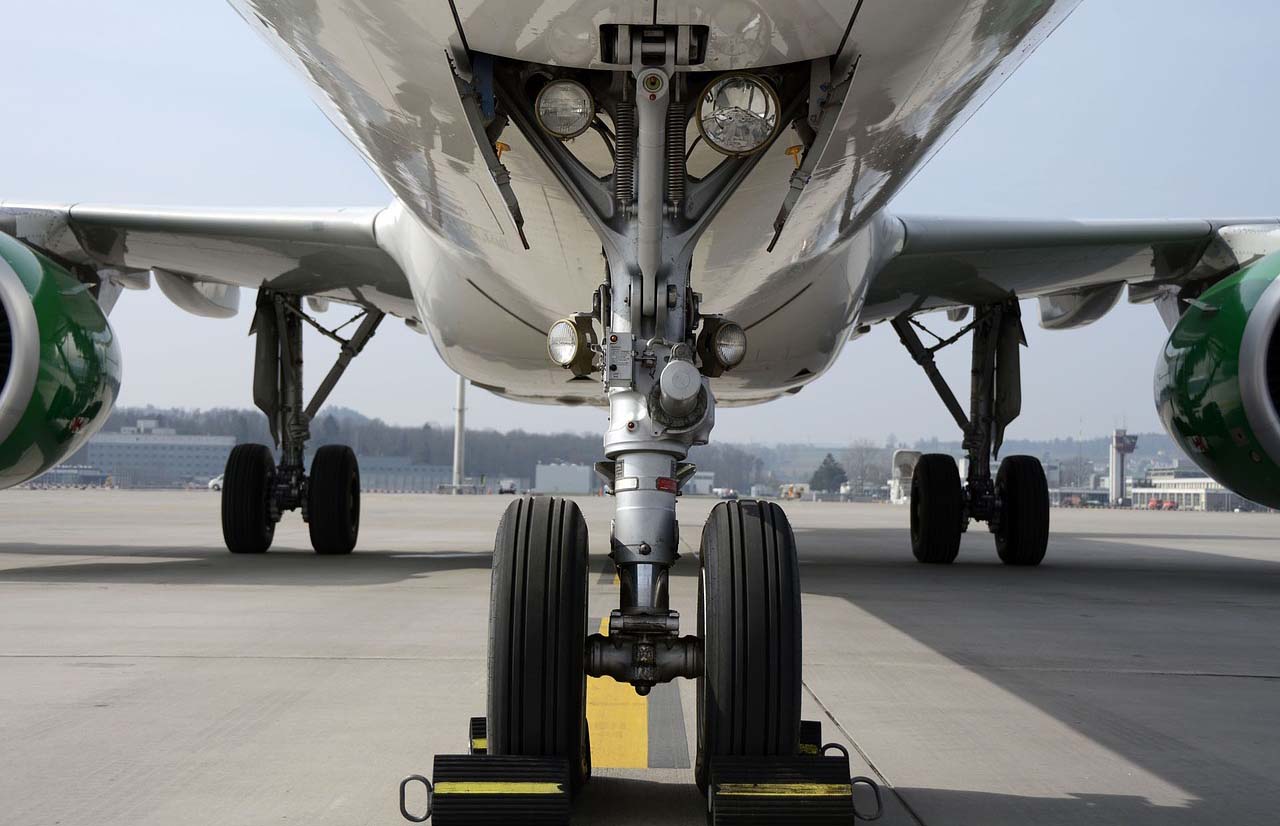 One thing we never see is an airplane tire popping during landing. Even though the tires are hitting the ground at 170 miles per hour, while carrying the weight of a modest office building, they always manage to stay intact. A single airplane tire is capable of handling a 38-ton load and can safely land 500 times before then need of a re-tread.

Each tire can be refreshed (re-tread) seven times during its entire life-cycle. A Boeing 777 uses 14 tires and is inflated to 200 psi; roughly six times that of a regular automobile tire. During landing, when the tires first touch the ground, they are skidding and not rolling. This continues for a while along the runway, until the tires rotational velocity matches the velocity of the plane.

In case the plane requires a new tire, the ground crew is always ready to jack up the plane like an ordinary car and change it. (source)

8. Airplane lavatory doors can be unlocked from outside; despite the fact that they are locked from inside.

Sometimes, the cabin crew face situations in which a child gets stuck inside or a person requires urgent medical attention inside an airplane lavatory. In such cases, the crew must act fast as time is of the essence. To open a lavatory door that is locked from the inside, there is no special key designed. The crew only require their quick thinking and their fingers to slide open a secret switch hidden under the lavatory sign.

By simply lifting the small sign that says “lavatory”, an unlocking mechanism is revealed. Sliding the latch to the left opens even doors that are locked from the inside. However, this secret mechanism was created for security reasons and the safety of passengers. It’s best not to play around with it and open a closed lavatory while a stranger is using it. (source)

9. The cabin crew in airplanes dim lights before landing, so the passengers eyes are already adjusted to the darkness.

We have all wondered why the cabin crew go through the process of dimming the lights, right before landing? Why? We need to have lights so we can see what is happening in our surroundings. Does that make sense? Of course not. The cabin crew dim the interior lights so that in case of an unlikely event there’s a landing failure and passengers need to be evacuated, their eyes are already adjusted to the darkness. According to Chris Cooke, an experienced pilot,

“Imagine being in an unfamiliar bright room filled with obstacles when someone turns off the lights and asks you to exit quickly.”

Similarly, the cabin crew asks you to keep your window shades open, so you are aware of what’s going on outside; in case of an unlikely event during take off. (source)

10. If a flight you planned to travel on is overbooked, you can get cash instead of vouchers. 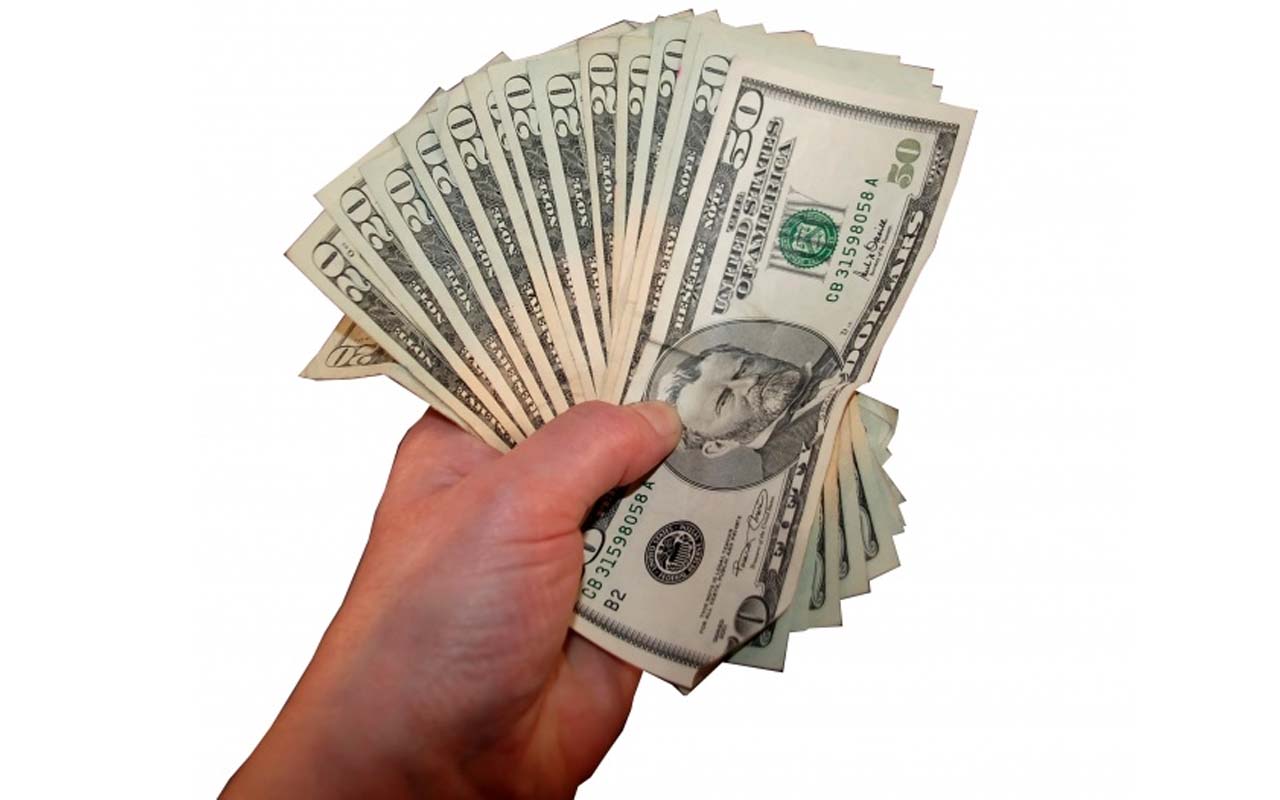 Airlines love to overbook and put their passengers on a wait list. This is because airline companies believe that in every flight, there would be at least one or two no-shows. By overselling tickets, they make extra money without much effort.

When everyone on the list shows up, that’s when things turn ugly and bumping begins. If a flight is overbooked, the airline will start offering free vouchers for meals due to the inconvenience they have caused. But guess what? You can actually demand cash instead of vouchers. If an airline fails to get you to your destination between one and two hours of your scheduled arrival on a domestic flight, or between one and four hours on an international trip, it owes you compensation of 200 percent of the one-way fare to your destination, up to $650.

According to the Department of Transportation, if they fail to meet these requirements, then they owe you 400 percent of the fare, up to $1,300. (source)

Previous One Bite From This Bug Can Turn Any Meat Lover Into A Vegetarian
Next Boxed In: Life Inside The Suffocating & Miserable Coffin Homes of Hong Kong