We share our planet with some of the most amazing as well as the scariest looking animals in existence. They come in many shapes and sizes and exist on both land as well as the sea. While some have sharp fangs and teeth, they just look scary but in reality, are actually harmless. Today, we are listing 10 such animals that are scary looking and are occupying the same planet as us. 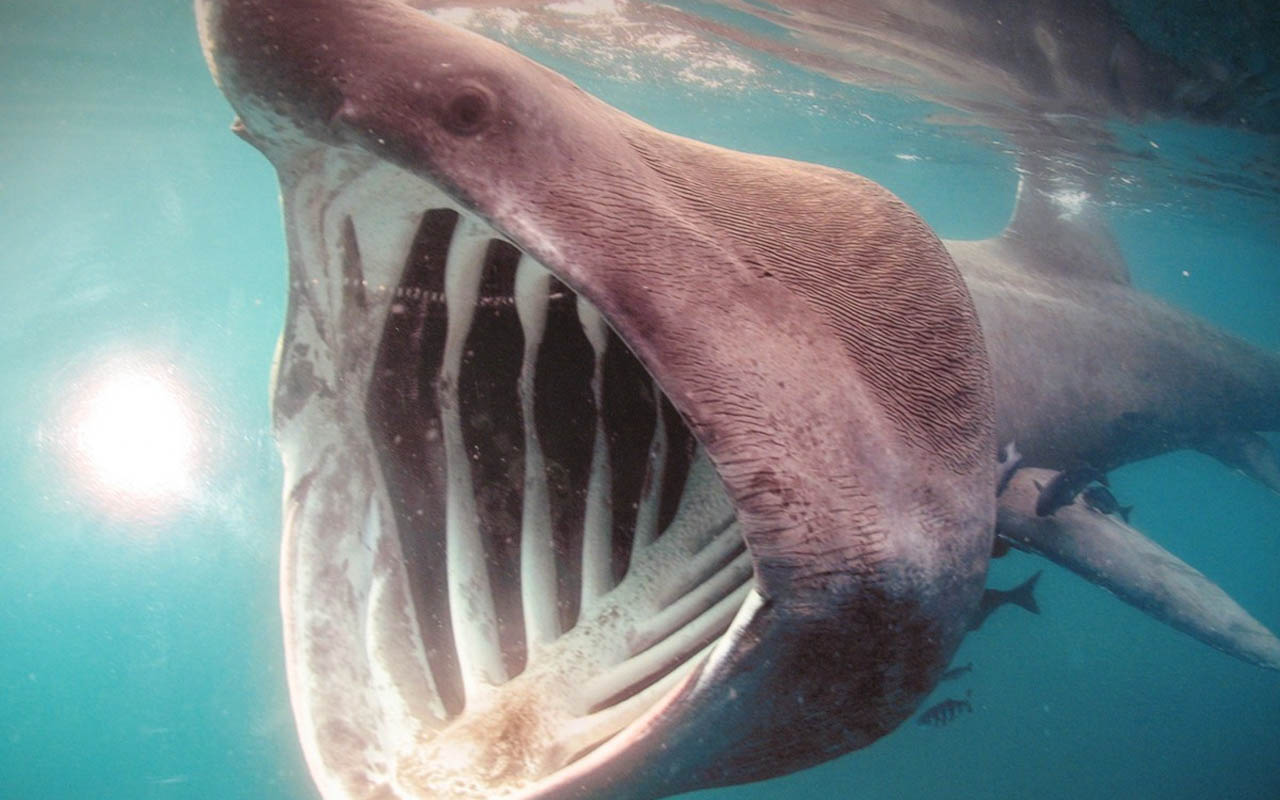 The basking shark is the second largest fish in the world. They can weigh up to 10,000 pounds and grow to 45 feet – which is longer than a telephone pole or six Shaquille O’Neals standing on top of each other. While they look extremely scary while swimming with their mouths wide open, they mainly eat zooplankton. So next time you see a basking shark swimming towards you, just know that you have nothing to worry about.

The Portuguese man o’ war looks like something that came from outer space but it’s a gentle reminder not to mess with mother nature. While they are similar looking to the jellyfish, they are actually siphonophores—a type of colonial organism made up of different, smaller organisms. The Portuguese man o’ war is highly venomous according to Oceana, and their tentacles can grow to 160 feet long.

The shoebill stork is often called the world’s most terrifying bird and are mainly found in the marshes of South Sudan, Uganda, and elsewhere in tropical East Africa. They grow 4 to 5 feet tall, have bluish-gray plumage and an 8-plus-foot wingspan. Their most recognizable trait however is their huge bills held down against their necks. They’re actually more closely related to pelicans and are known to angrily stare down at humans. While they look scary, the National Audubon Society states that the solitary birds are harmless to humans.

The gharial is one of the largest of the crocodile family and its long snout is filled with razor-sharp teeth. They are one of the biggest species of crocodilian and occupy the rivers of Bangladesh, Bhutan, India, Myanmar, Nepal and Pakistan. According to Britannica, they feed on different varieties of fish and are harmless to humans.

Coconut crabs are the largest land-living crabs on the planet and occupy the islands in the Pacific and Indian oceans. According to Wired, they can grow up to three feet across and weigh nine pounds. They are called coconut crabs because of their ability to open coconuts with the strong pincers or two large chelae it possesses in order to eat the contents. While their main diet consists of coconuts, they are also known for eating small animals.

The tufted deer lives in forested regions at high altitudes of northeast Burma (Myanmar) and southern and central China. They grow long, fang-like canine teeth, and are shy animals that prefer to be by themselves. When they feel threatened or feel disturbed, they bark out loudly as a sign of warning/alarming the others. Oh, they also jump like cats while fleeing.

The Southern cassowary is a bird that looks like a dinosaur and like dinosaurs, we should be vary of this bird. Wildlife biologists call cassowaries (the world’s second heaviest bird) the most dangerous bird on Earth. Although they are shy and reclusive, they can become aggressive to humans if they feel threatened. They also have razor-sharp claw on the middle toe of each foot, which, in southern cassowaries, grows to be 5 inches long.

Found only on the island of Madagascar, the aye-aye is a rare animal that is related to chimpanzees, apes, and humans. They have big eyes, slender fingers, and large, sensitive ears. The animal is rarely seen on the ground since it prefers to live in rain forest trees.

The lobster moth caterpillar might appear intimidating but it’s actually only a defense mechanism to keep itself safe. After some time inside a cocoon, they turn into fuzzy moths that are common throughout parts of England and Wales.

While they look like something out of a 1950’s sci-fi film, the Japanese spider crabs are gentle giants. Not only are they the largest, spanning up to 12.5 feet from the tip of one front claw to the other, they are also the world’s largest arthropods, animals with no backbone, external skeletons, and multiple-jointed appendages.