The land of fire and ice is known for its extraordinary beauty and wonderful people. It’s an incredible country with features that are hard to find anywhere else in the world. Almost everyone has the destination on their bucket list to visit and experience the sheer Scandinavian culture. The small island in the North Atlantic gets more than 1 million visitors every year. There’s just something mystical about Iceland that makes you want to visit the place at least once in your lifetime. Until you can make that trip, here are some fascinating facts about the country and its rich culture.

1. Iceland is actually one of the only places in the world where mosquitoes are not endemic. Oh, they don’t have snakes either and only a few species of spider; none of which are dangerous to humans.

It might come as a surprise that there is such a place in this world where mosquitoes don’t exist. Iceland is the only country in the world that has zero population of these pesky insects. According to scientists, the reason why the country has no mosquitoes is due to its oceanic climate. Mosquitoes require different environments such as hot and humid climates and cold conditions to multiply. Iceland has no lakes, so laying eggs is not possible for them. The country also sees three main freezes and thaws throughout the year. This makes it hard for them to survive and scientists believe this is one of the main reasons that mosquitoes have decided to stay away from Iceland.

2. Iceland is an eco-friendly country. Nearly all of the heating and electricity needs are served by hydroelectric power and geothermal water reserves.

Iceland is perhaps one of the most eco-friendly countries in the world. The country is essentially “alive” with volcanic activity which is harnessed by means of hydro and geothermal energy to power more than 80% of the country. While some places do use fossil fuel to generate power and some buses running on hydrogen around the city, most homes are heated using geothermal water which is pumped from beneath cities and towns.

3. There are no McDonald’s in Iceland.

In a world where fast-food is preferred over home-cooked meals, it might come as a surprise that the famous fast-food chain is not present in Iceland. McDonald’s opened three outlets in the country but it soon found that it was hard to stay in business in the small nation of just 300,000 people. The stores had enough business but just wasn’t making enough profit to sustain. This forced the owners to shut down all three restaurants and they don’t plan to return.

4. Iceland has no army and is also recognized as the worlds most peaceful country.

A country’s strength is often measured by the strength of its Army. Each country takes it’s own measures and steps to display power but Iceland on the other hand has no army at all. It is one of the few countries in the world without a standing army. In fact, Iceland has not had an army since 1869, and the country is a member of Nato and has defense agreements with the United States.

Being located very close to the Arctic Circle comes with a lot of advantages and disadvantages. One such advantage is being able to witness the incredible Aurora Borealis or Northern Lights. Iceland however, experiences long winter nights and long summer days, with almost 24 hours of darkness/twilight in December and nearly 24 hours of daylight in June.

7. Iceland has a geothermal spa, which is one of the most popular tourist attractions in the world.

The Blue Lagoon was naturally formed in 1976 during the construction of the geothermal power plant during the time period. Today, the geothermal spa is so popular that owners had to find ways to limit admittance to prevent it from becoming overcrowded.

8. The island nation with just over 300,000 people has more writers, more books published and more books read, per head, than anywhere else in the world.

One in ten Icelanders will publish at least one book during their lifetime. Reykjavik, the country’s capital, has so many writers and readers that they hold an annual book festival.

9. The parliament of Iceland, which was established in 930, is not only the oldest establishment in Iceland but also the oldest running parliament in the world.

The Icelandic Parliament, was established in 930 in Thingvellir National Park. In the beginning, it was an outdoor assembly held in Thingvellir but as the world became advanced, so did the parliament. Iceland has not only the oldest parliament in the world but also holds the title for being the first country to elect a woman as head of state, Vigdis Finnbogadottir, who was elected president in 1980.

10. Silfra is the only place in the world where you can dive or snorkel directly in between two tectonic plates. 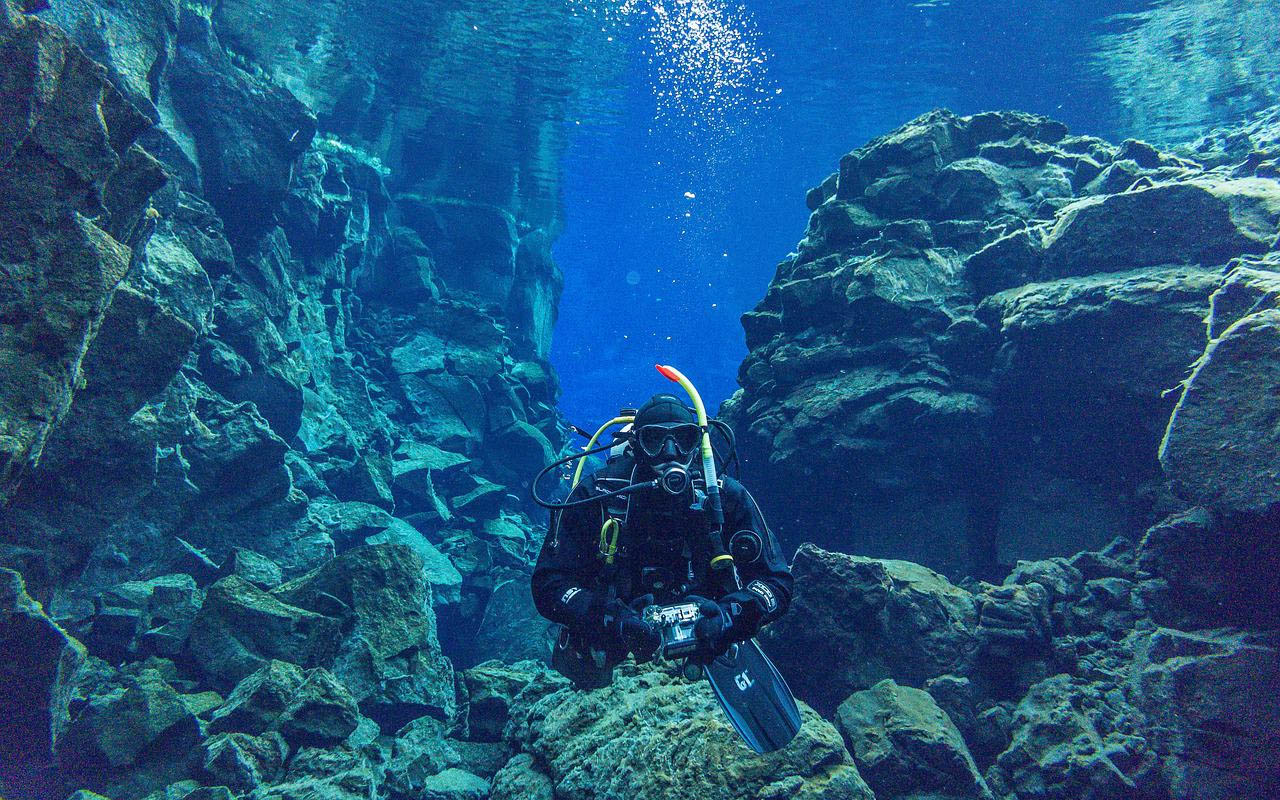 It is basically a deep crack between the North American and Eurasian continents. Divers undergo a unique experience since they are able to touch two separate continents at once.

11. You can witness the aurora borealis in Iceland.

Aurora borealis, or the northern lights, is one of the biggest attractions in Iceland. Though it’s not a common occurrence, visitors consider it an added bonus during their trip to witness the sky lighting up. The lights occur as a result of the collision between electrically charged particles from the Sun and gaseous particles in the Earth’s atmosphere. When this happens, bright and colorful lights can be seen dancing around the sky.

12. Iceland will soon become the first cashless society in the world.

After spending a few days in Iceland, tourists are usually amazed when they find out that they haven’t reached for their wallets since their arrival. Foreigners don’t have to go in search of ATM’s or exchange money for the local currency. Iceland is striving to become the first cashless society in the world. The local bus, taxi, coffee shops and even night clubs expect you to pay with cards or by phone. The end of cash has been predicted for a long time and Iceland is making it a reality.

13. Iceland ranks consistently among the top 5 happiest countries in the world.

According to studies around the world, it seems that the most important contributor to happiness is one’s social relationships. In a small country like Iceland, it is quite easy to be in good contact with your family and friends. The majority of the population lives within an hour’s drive from each other.

14. The name Iceland is deceptive, in that the surface of the island is in fact only about 10% ice.

15. Icelanders are the 3rd biggest coffee drinkers in the world.

Icelanders drink a lot of coffee. In fact, the average Icelander consumes 19 lbs (9 kgs) of coffee beans per year, which makes them the world’s 3rd biggest coffee consumers per capita.