20+ Fun Facts That'll Make Everyone You Know Say "I Never Knew That!"

Everyone loves surprising and interesting fun facts that make them question the world around them. But, you know what everyone loves even more than a fun fact? A fun fact so surprising that makes everyone you know say “I never knew that”. So, we have gathered a list of fun facts we could find in every genre imaginable. So read on!

• Until the 1980’s, it was illegal for a woman to drive a car down Main Street in Waynesboro, Virginia, unless her husband was walking in front of the car waving a red flag.

According to records, the law was passed when cars were starting to gain popularity and today, female drivers have nothing to worry about.

• Iceland has an elf whisperer who inspects construction sites before anything gets built to make sure no elves are hanging around.

• For a brief time, Melbourne had the best name on the planet: Batmania. 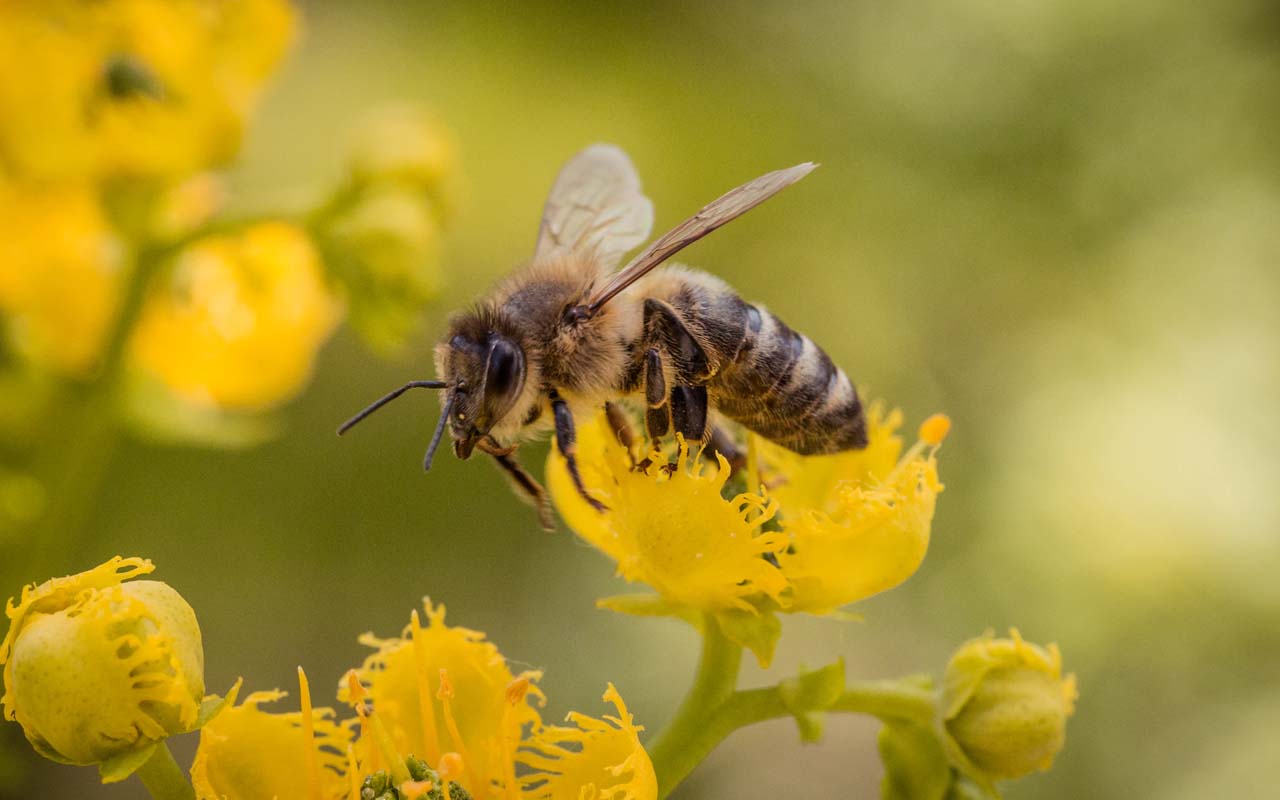 Bees are known to be extremely protective of their hive and their queen. While performing this process, in order to protect their hive from outsiders, some “guard bees” will stay by the entrance and sniff the bees that come in. If there’s a rogue bee from another hive whose only goal is to steal some of that sweet nectar, then the guard bee will bite and even sting the intruder.

• The healthiest place in the world is in Panama.

• There’s a town in Poland where everything is decorated with paintings of flowers.

Legend has it that the villagers started painting flowers on their homes many years ago to cover up smudges of soot and smoke from their wood-burning stoves.

• There are trees that can grow more than one kind of fruit, and they’re called fruit salad trees.

• In Queensland, Australia, it’s illegal to own a pet rabbit unless you’re a magician.

• Sea otters have a pouch under their forearm to store their favorite rocks.

• T-shirts were originally marketed to unmarried men who didn’t know how to sew buttons back on collared shirts by themselves.

• Prior to the 20th century, squirrels were one of America’s most popular pets.

• All colors of Froot Loops have the same flavor.

• Cows have “best friends” and get stressed when separated.

• Miami is the only major US city founded by a woman.

• Anxious travelers can play with mini horses at a Kentucky airport.

• Playing the accordion was once required for teachers in North Korea.

• Plastic Easter eggs and plastic Easter grass were invented by a man who holds more patents than Thomas Edison.

• Water makes different pouring sounds depending on its temperature. If you listen very closely, hot water and cold water sound slightly different when being poured.

• Humans are just one of the estimated 8.7 million species on Earth.

• There are turtle tunnels in Japan to save them from being hurt by trains.

• Red Sour Patch Kids are the exact same candy as Swedish Fish, just with some sour sugar sprinkled on them.

• Rolls-Royce makes the most expensive car in the world.

Currently, the most expensive car in the world is a Rolls-Royce Sweptail that sold for $13 million.

• The first mobile device to be called an “iPhone” was made by Cisco, not Apple.

• The average color of the universe is a shade of beige, which astronomers have dubbed “Cosmic Latte.”

• In 1932, Australia launched a war against emus and lost.

• There used to be turbo trains that ran on jet engines, like an airplane.

• A full day on Saturn is 10 Earth hours, but a year lasts more than 29 Earth years.

• One of the largest pyramids in the world is a Bass Pro Shop in Memphis.

• Canadian passports have hidden designs that only show up under UV black light.

• A group of porcupines is called a prickle.

• The “mystery” Dum Dum lollipop flavor is just a combination of the end of one batch of candy and the beginning of the next.

• Dogs most likely dream about their owners.

• In prehistoric times, there were giant sloths that stood at least 10 feet tall.

• Sharks can live for five centuries.

Pluto was discovered on February 18th, 1930 and it takes 248 Earth-years for Pluto to complete one rotation of its own around the sun. This places Pluto’s first birthday since its discovery on Monday, March 23, 2178.

• Your liver can regrow itself in three weeks.

• A 70-year-old woman once completed seven marathons in seven days, across all seven continents.

• Most people break up on Mondays.

• Bill Gates has donated nearly half his fortune. As of 2018, Bill and Melinda Gates had donated around $36 billion and saved almost 10 million lives around the world.

• You can always “see” your nose. It’s just that your brain is really good at ignoring it through a process called unconscious selective attention.

• A restaurant in New York employs grandmas as chefs. Enoteca Maria combines the skill of these delightful, talented grandmothers and has them create and cook recipes from their own family cookbooks.

• The Silverback gorilla can lift almost a literal ton.

• Every time you shuffle a deck of cards, you get a combination that’s never existed.

• Some Maryland residents are taxed for the rain.