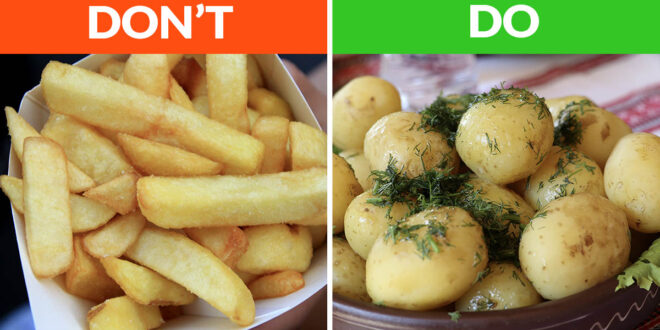 Food plays a major role when it comes to the survival of all living beings. Without food, you can only survive for about 30-40 days. So, every time you get hungry, you replenish yourself with some of your favorite foods. The truth however, is that there are certain foods that actually makes you eat more than your body requires. Have you ever went through the feeling where you have eaten a lot, but have only felt filled for maybe an hour or even less? If so, the problem is not with you, but the type of food you have consumed. Here, we are listing 10+ foods that actually make you feel hungrier than you are and what to eat instead.

Some people have the habit of chewing gum when they are hungry. In their minds, it’s like tricking their brain into thinking that they are eating something. If you are one of those people, know that the trick only makes you hungrier. According to Penn State University, chewing gum stimulates the gastric juices, which means that your mouth produces more saliva, which goes to your stomach, making it think that there’s food coming down soon. After a while, when there’s no food coming down to your stomach, you become hungry. So, if you ever feel like you need to chew on something, opt for almonds or walnuts. Not only are they filling, they are a healthy alternative. 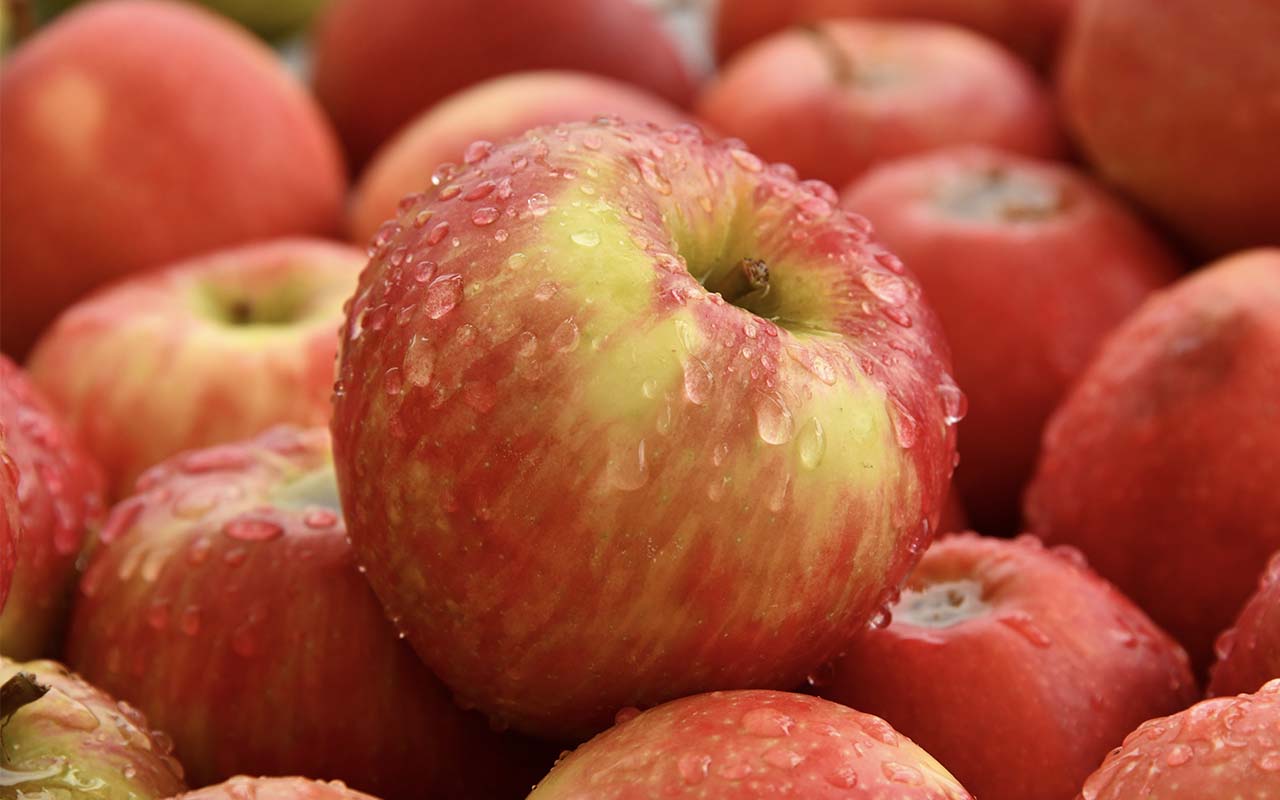 While it’s smart to grab an apple when you need a quick snack, it shouldn’t be the only thing you snack on during the day. Of course they are a healthy alternative to other foods but still, they are simple sugar and can cause a glucose spike in your body. According to food experts, you should never eat an apply by itself if you are starving. Instead, add peanut/almond butter or another source of protein, like [cheese], that will make it digest slower, thus keeping you fuller longer. 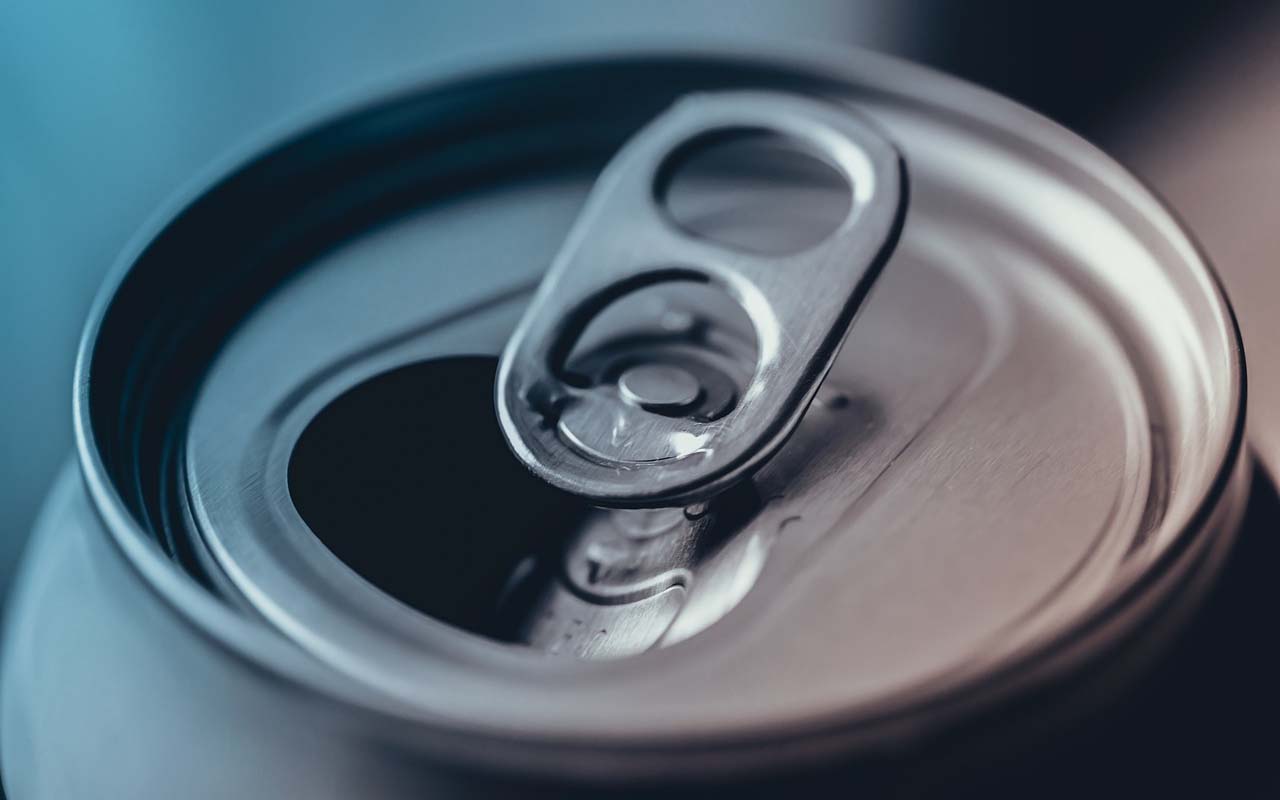 Sodas are one of the most popular beverages in the United States. Most people have the habit of drinking soda when they get thirsty but the habit can actually make them feel hungrier than they actually are. Sodas are full of sugar, which can cause your body to feel hungry and ‘crave’ more food to provide nourishment.

Studies also show that people who drink soda consume more calories in a day. Scientists think this may be because it makes you hungry or keeps you from feeling full in some way. Another theory is that the sugar in soda makes your sweet tooth even sweeter. Whatever the case is, when you get thirsty, opt for water.

Yes, a plain baked potato is a healthy food, but fry them up in oil and cover them in salt, and they lose most of their power. Not only that, adding ketchup only makes it worse. The high salt content of your french fries can lead to dehydration, which is often mistaken for hunger; causing you to eat more than you naturally would. If you wish to enjoy potatoes, boil or bake them since you will satisfy your hunger and will also receive fiber in your system.

Cereal can be healthy if you make the right choices, but many popular cereals have a high sugar percentage and a low amount of dietary fiber. Cereals with artificial sweeteners can be especially bad for you and if you see one labeled “reduced sugar”, stay away from that brand. Artificially sweetened foods can affect your body and make you feel hungrier than you are. This may be because when you get the sweet taste without the calories, your body is still looking for those calories.

Croissants can make your breakfast routine extra special. They are fluffy, flaky and buttery. While they taste amazing and can provide you with a satisfying feeling, croissants score really low on the satiety index, a measure of how well a food satisfies your hunger. Basically, when you eat a croissant, you score more calories without leaving you satisfied. Experts suggest replacing croissant sandwiches with a poached egg on whole-grain toast.

Fruit has plenty of benefits, but by removing the fiber during the juicing process, you’re left with a sugary drink with little to make you satisfied. Without enough fiber in your food, it can make you hungry as well as leave you tired and in need of an energy boost. Opt instead for a healthy smoothie where the whole fruit is blended.

If toast is a standard breakfast for you every morning, then white bread would be your ally. This habit only leaves you feel hungrier since white flour has been processed to remove the bran, which takes away most of the filling fiber content of your toast. It also has a high glycemic index score, meaning you’ll get a sudden spike of energy and then feel exhausted, leaving you wanting more. Choose breads that are whole wheat or whole grain instead, as their fiber content means they’ll be digested slower, leaving you fuller for longer.

If you think about it, doughnuts are basically loaded with sugar and have no nutritional value. The white flour breaks down quickly into sugar, which gives you a sudden boost of energy but can make you feel exhausted and wanting more.

Did you know that the sweet taste of a granola bar can actually trick you into feeling hungrier, instead of fuller? Your favorite sweet foods only make you hungry for more unless they are properly paired with protein or fiber. This is why you may feel great one hour after eating that granola bar, but exhausted 90 minutes later.

Occasionally munching on pretzels and chips might not be bad for you, but making them a regular part of your life can be bad. This has to do with the fact that carbs are digested very rapidly, resulting in a feeling of hunger.

Fast food is “OK”, when it’s every now and then. But, if you rely on it every day to carry on with your day to day life, then it’s time to skip it. Not only are they highly processed, they contain a ton of preservatives, HFCS, and salt; which can interrupt the stomach’s ability to communicate with your brain. Satiety-related hormones and neurotransmitters in the brain aren’t produced, and therefore the brain loses its ability to recognize that we have eaten. So, whenever it’s possible, cook from home, which is not only good for you, but also gives you the ability to control what goes into your food as well as your system.