10 Crazy Facts About The Universe That Will Blow Your Mind

10 Crazy Facts About The Universe That Will Blow Your Mind

We are but a tiny speck in this ever-expanding universe. No one knows exactly how large the universe is. It could be infinite or have an edge. While scientists argue about the shape and size of the universe, they are capable of determining one thing with good precision; how far away we can see. From time to time, it’s important to put things into perspective. For centuries, mankind has been studying and trying to make sense of this vast space filled with stars, galaxies and other planets. Here are some cool facts about the universe that is sure to blow your mind.

1. The Milky Way is a huge city of stars, so big that even at the speed of light, it would take 100,000 years to travel across it. 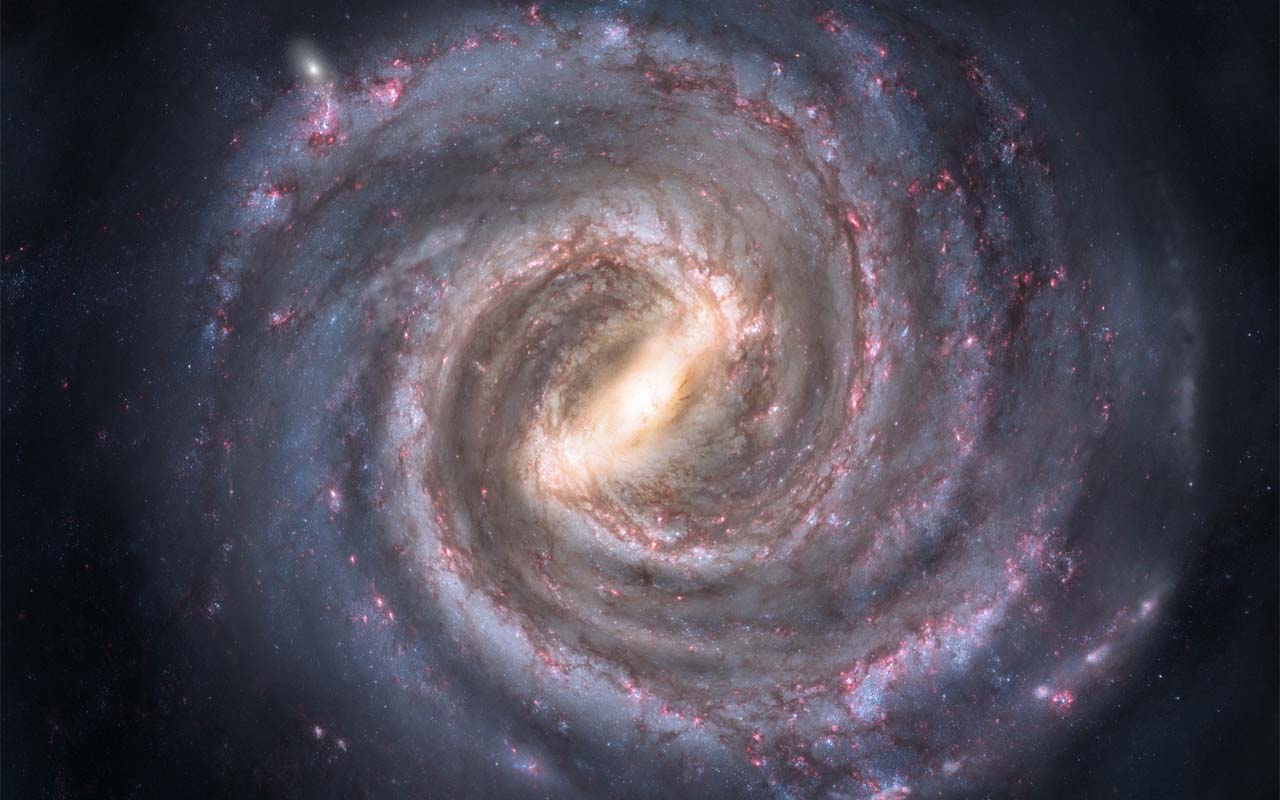 Described by the ancients as a river, as milk, and as a path, among other things this intriguing line of light is the center of our galaxy. It has always been challenging for scientists to understand its structure. The Milky Way does not sit still, but is constantly rotating. The sun and the solar system travel with them. The solar system travels at an average speed of 515,000 mph (828,000 km/h). Even at this rapid speed, the solar system would take about 230 million years to travel all the way around the Milky Way.

Scientists calculate that there are at least 100 billion galaxies in the observable universe, each one brimming with stars. There are more stars than grains of sand on all of Earth’s beaches combined. In 1995, the first planet beyond our solar system was discovered. Now, thousands of planets orbiting sun-like stars, also known as exoplanets, have been found.

3. Roughly 70 percent of the universe is made of dark energy. 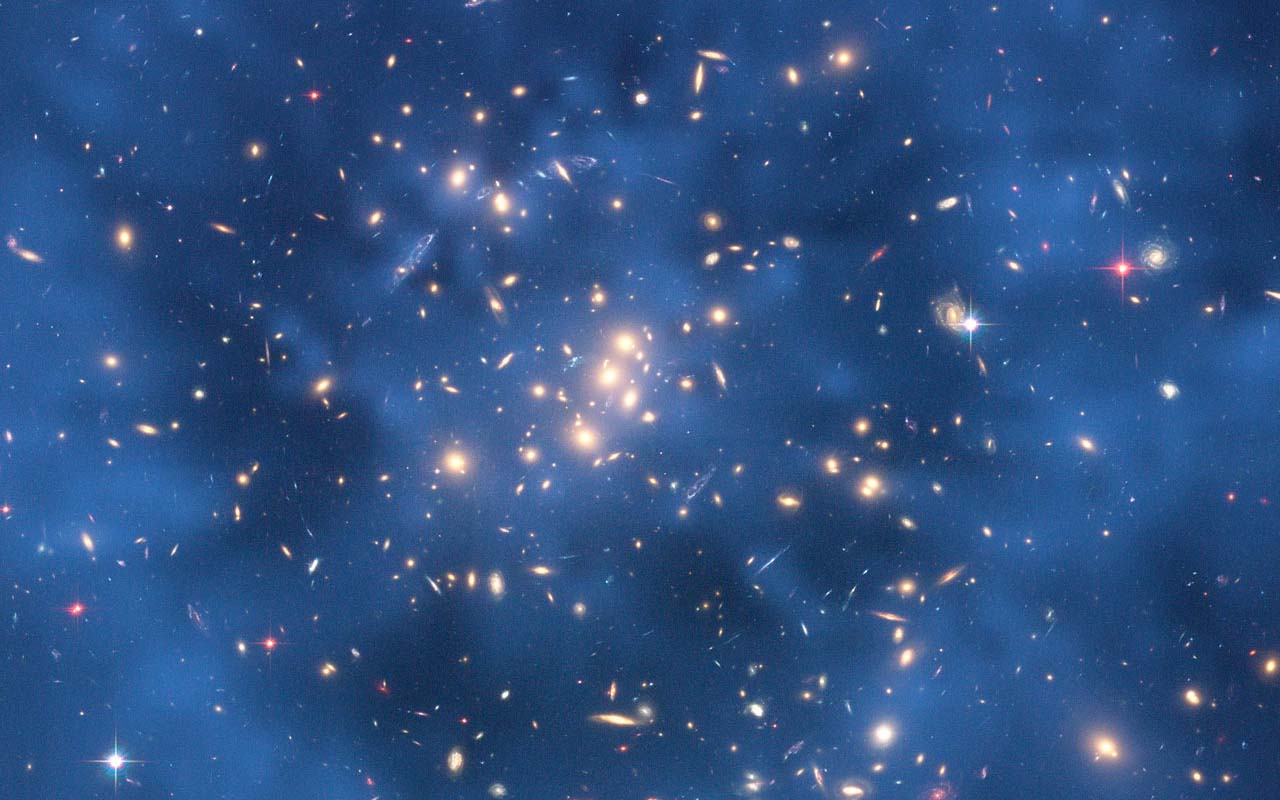 Dark matter makes up about 25%. The rest — everything on Earth, everything ever observed with all of our instruments, all normal matter adds up to less than 5% of the universe. The visible universe—including Earth, the sun, other stars, and galaxies—is made of protons, neutrons, and electrons bundled together into atoms. One of the most surprising discoveries of the 20th century was that this ordinary, or baryonic, matter makes up less than 5 percent of the mass of the universe. Dark energy is even more mysterious, and its discovery in the 1990’s was a complete shock to scientists.

4. There are giant clouds of alcohol floating in space. 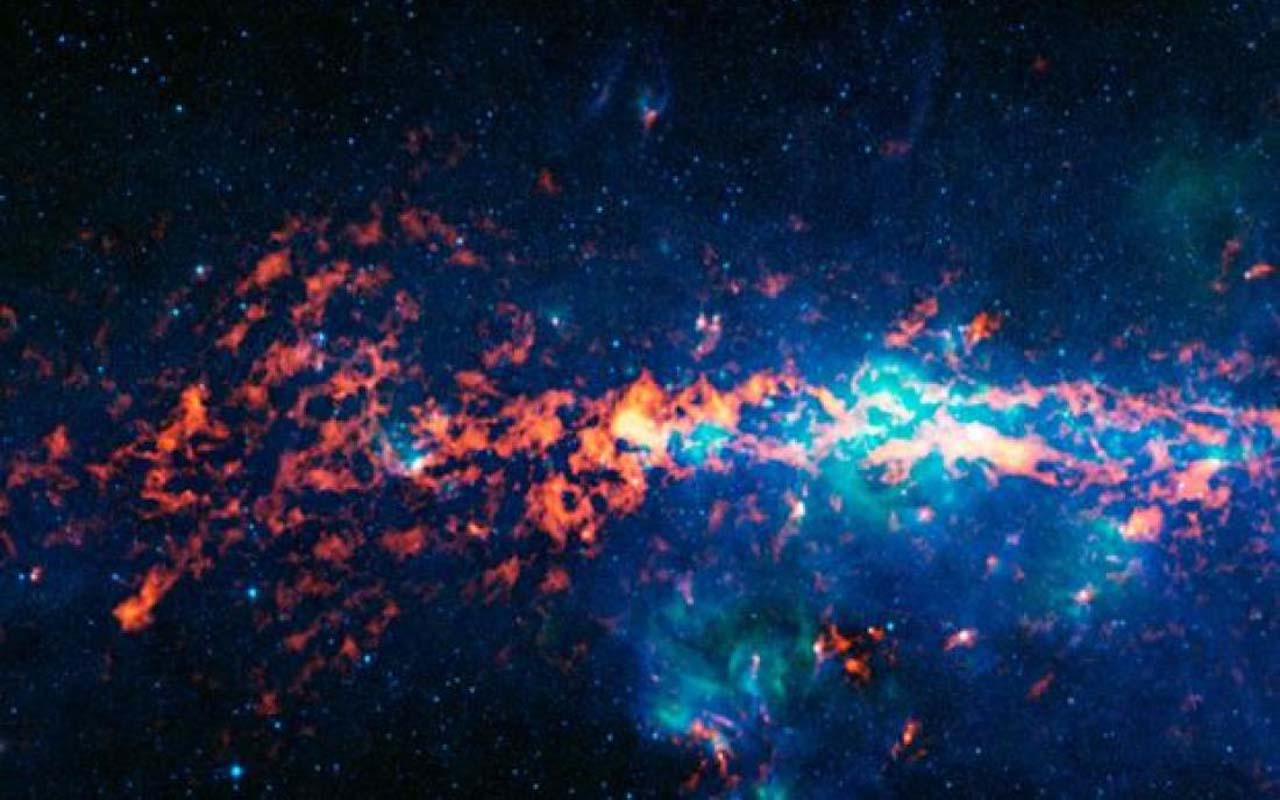 Ten thousand light years from Earth in a constellation far, far away, there is massive cloud of alcohol. Call it space booze or whatever you want but the constellation Aquila was discovered in 1995. The cloud is 1000 times larger than the diameter of our solar system which contains enough ethyl alcohol to fill 400 trillion trillion pints of beer. In order to chug down that amount of alcohol, every person on Earth would have to drink 300,000 pints each day—for one billion years. 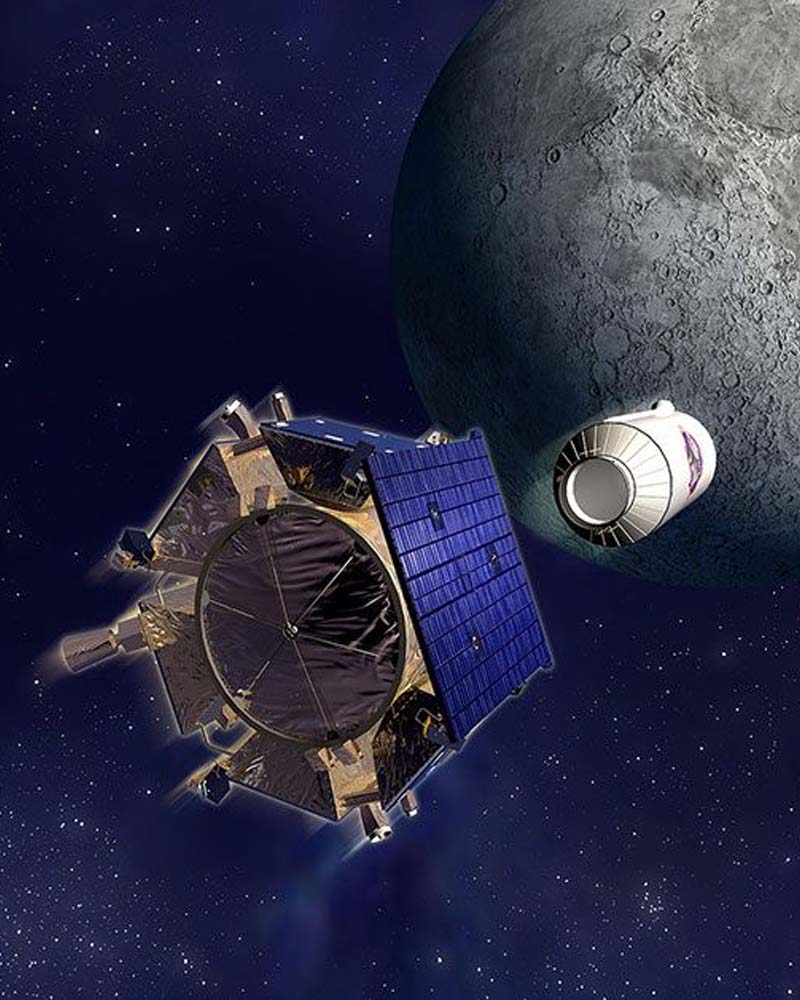 At the height of the Cold War, the US Air Force developed a top-secret plan to detonate a nuclear bomb on the moon as a display of military might. Dr Leonard Reiffel, 73, the physicist who fronted the project in the late Fifties at the US military-backed Armour Research Foundation, revealed America’s extraordinary lunar plan during an interview with The Observer. ‘It was clear the main aim of the proposed detonation was a PR exercise and a show of one-upmanship. The Air Force wanted a mushroom cloud so large it would be visible on earth,’ he said. ‘The US was lagging behind in the space race.’ Fortunately, the plan was never executed.

6. The Ponzo Illusion makes the moon appear a lot larger than it actually is. 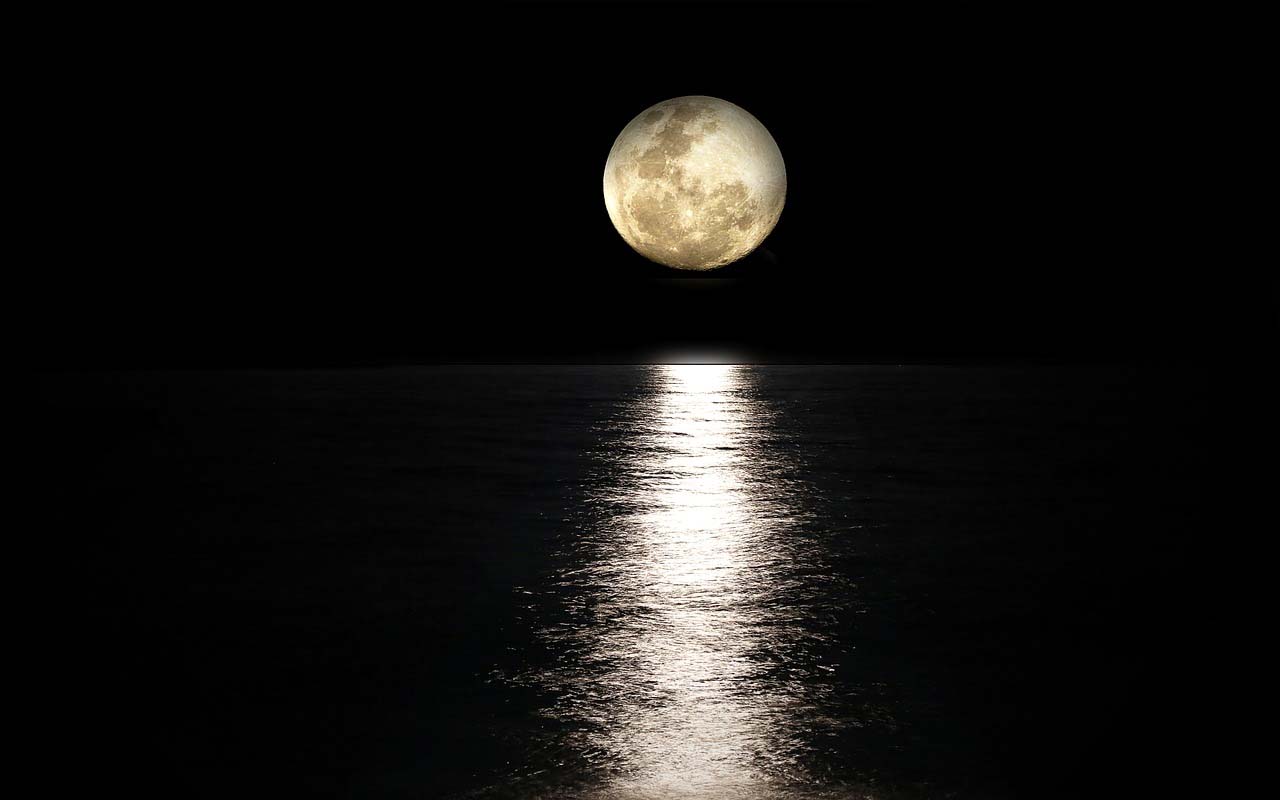 Have you ever noticed the moon to appear larger than normal when its directly on the horizon? Well, if you haven’t, pay attention next time you see the moon. Demonstrated by Italian psychologist Mario Ponzo in 1911, the Ponzo illusion is a geometrical-optical illusion that makes the moon appear to be a lot closer and larger. Our brains inflate the size of the moon to make it appear larger than it really is. If you see a normal than larger moon, try blocking everything else with your hands and you will see it shrink. 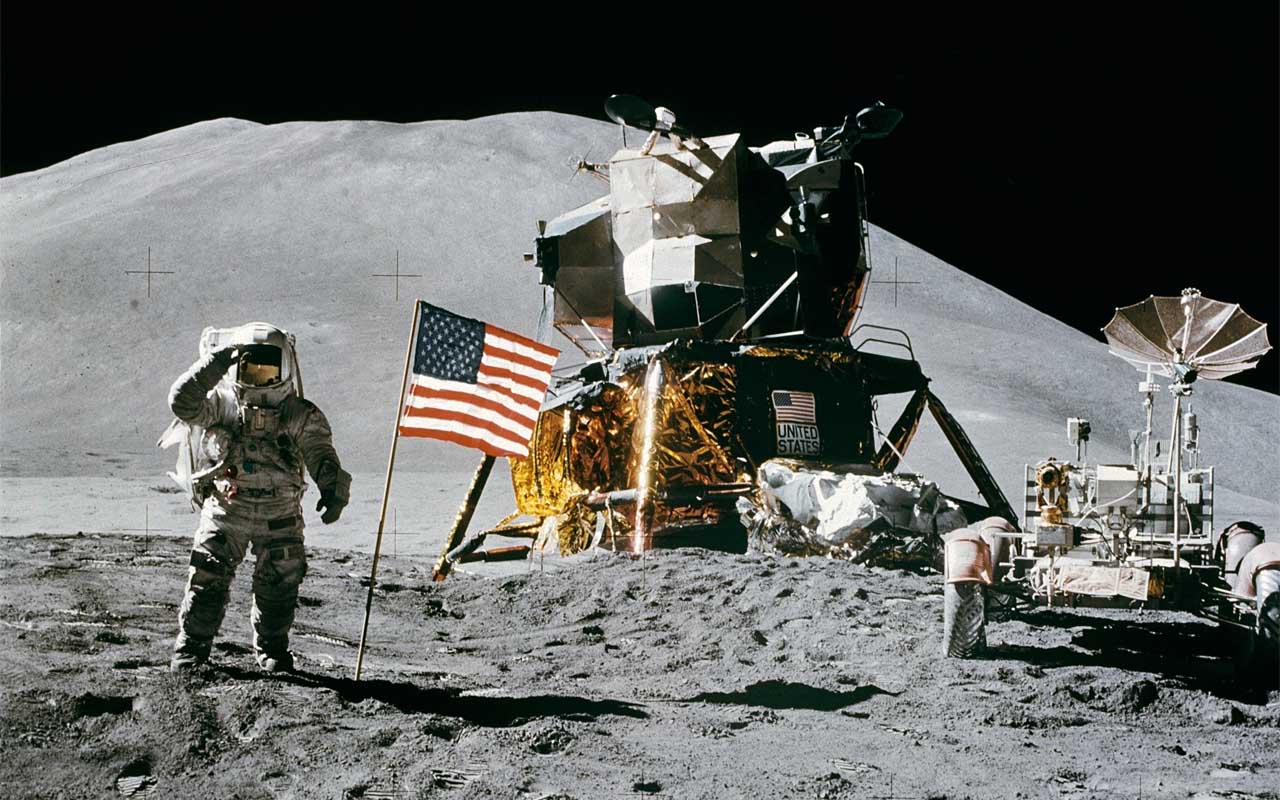 The moon has a distinctive smell. Apollo astronauts after walking on the moon kicked up the powdery dirt, becoming an elite group later to be tagged as the “dusty dozen.” When they returned to their lunar module, the astronauts supposedly smelled the dust to have a gunpowder odor. Scientists who studied the moon-dust found that it consisted mostly of small shards of silicone dioxide glass.

8. A day on Venus lasts longer than a year. 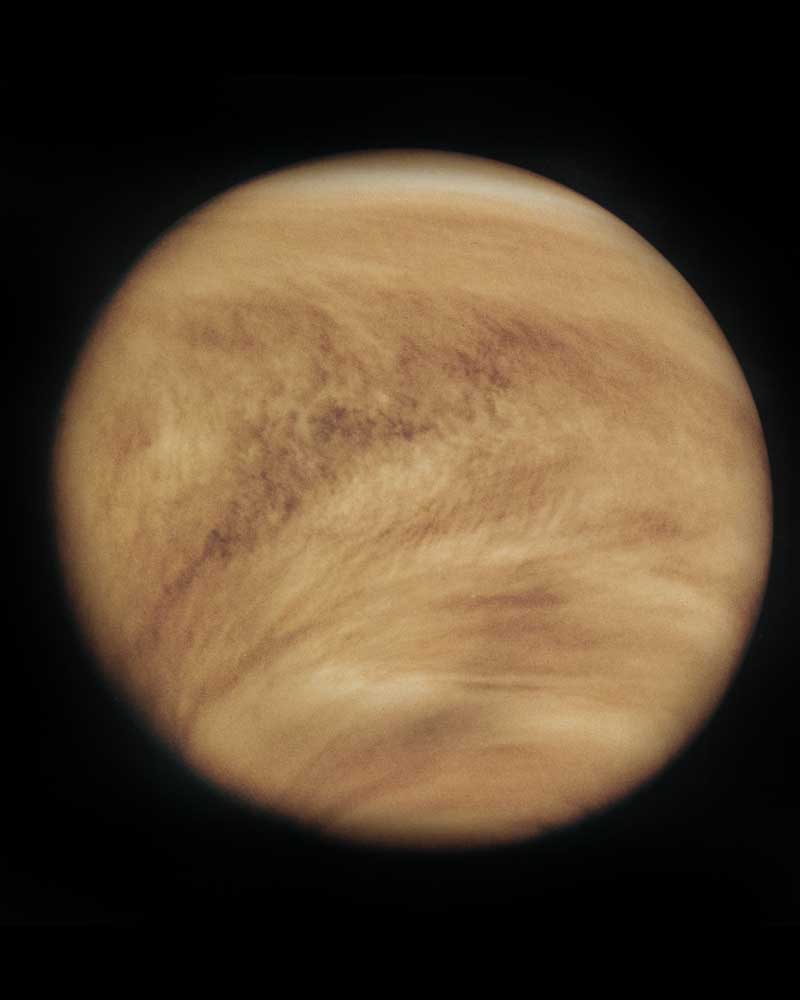 Venus is the second planet from the Sun and the second brightest object in the night sky after the Moon. Named after the Roman goddess of love and beauty, Venus is the second largest terrestrial planet and is sometimes referred to as the Earth’s sister planet due the their similar size and mass. When you hear that a day on Venus lasts longer than a year, it might sound a bit confusing. It takes 243 Earth days to rotate once on its axis. The planet’s orbit around the Sun takes 225 Earth days, compared to the Earth’s 365. A day on the surface of Venus (solar day) takes 117 Earth days. Also, Venus rotates in the opposite direction to most other planets.

9. If the sun were as tall as a typical front door, Earth would be the size of a nickel.

The sun accounts for almost all of the mass in our solar system, leaving 0.2 percent for all the planets and everything else. The Sun is not the biggest type of star in the universe, but it is definitely larger than most. Over one million Earth’s could fit inside the Sun. The Sun will continue to burn for about 130 million years after it burns through all of its hydrogen, instead burning helium. During this time it will expand to such a size that it will engulf Mercury, Venus, and Earth. When it reaches this point, it will have become a red giant star.

10. Depending on our position and speed, time can appear to move faster or slower to us relative to others in a different part of space-time.

Time is something we can’t stop, however, depending on our position and speed, time can appear to move faster or slower to us relative to others in a different part of space-time. This means that astronauts on the International Space Station age just a tiny bit slower than people on Earth due to time-dilation effects. Time appears to move slower near massive objects because the object’s gravitational force bends space-time. The phenomenon is called “gravitational time dilation.” In a nutshell, it just means time moves slower as gravity increases.

Food plays a major role when it comes to the survival of all living beings. …