Growing up, you might have read plenty of survival guides on how to escape quicksand, build a fire in the wilderness, and identify various types of venomous snakes. With the fast growth in technology, it’s not that hard to find useful information, especially when it’s right at the tip of your fingers. Still, it’s not a bad idea to have some facts on hand that could potentially be useful in a dangerous situation. So, nibble on some of your favorite non-perishable foodstuffs, and read on!

1. Upbeat music slows down your reflexes.

Who doesn’t listen to music when they drive? Of course all of us do and it’s one of the ways we keep ourselves entertained, especially if it’s a long drive. Studies however show that listening to loud, upbeat music can actually reduce your driver reaction time. On a sensory level, if all you can hear is loud music, any warning sounds won’t be heard, reducing your ability to react quickly in a safe way. Loud, upbeat music can significantly raise your heart rate, blood pressure, and slow reaction times in people by up to 20%.

This means that when you drive with a raised heart rate, it can also result in slower and more extreme reactions. By deeply involving yourself with the music, you are going to take sudden interruptions as a surprise or a shock, and in some cases, cause you to overcorrect. Experts suggest keeping the volume down to a minimum, allowing you to maintain focus on the road.

2. Square wave systems might look breathtaking, but they hide powerful currents underneath.

The phenomenon, known as ‘cross sea’, might look beautiful from afar, but in reality, they are extremely dangerous. The pattern occurs when two wave systems cross while traveling at slanting angles to each other. A cross sea can also sometimes produce very tall waves. They can occur in coastal places around the globe and also produce powerful rip currents. So, if you ever happen to see one, be sure to take some pictures from as far away as possible.

3. While onboard an airplane, be especially careful during the first three minutes during takeoff and the last eight minutes before landing.

Boeing research shows that the takeoff and landing is statistically more dangerous than any other part of a flight. This is because during takeoff and landing, pilots have less time to react to problems because they’re on or close to the ground and moving quickly. So, during these times, be extra vigilant, find the nearest exit point  and be prepared to act quickly.

4. In an emergency, if you are in desperate need of AA batteries, but can only find AAA, then use some foil to fill the gaps. 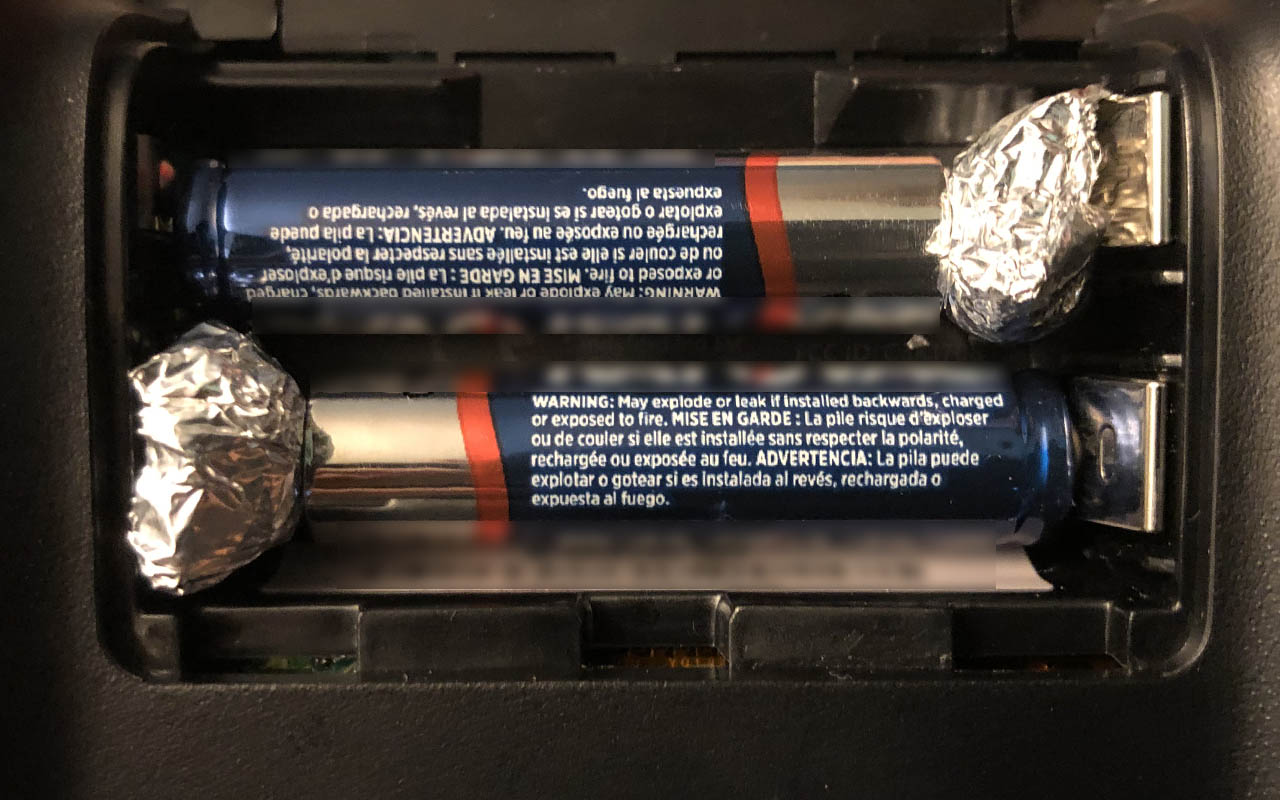 Aluminum foil is known to be a conductor of electricity, which means that electrons can move freely through the material when a charge is applied to it. This principle can be used in situations where you are in desperate need of AA batteries. For instance, if your flashlight or any other necessary item requires AA batteries, but you only have AAA with you, then cut a small piece of foil to fill the gap in the battery compartment. However, ensure that the ball of foil you placed at one of the terminals does not touch the neighboring terminal. Also, only use this trick at desperate times.

5. No matter how desperate you are for water, do not ever consume snow.

In a scenario where you are stranded in the woods and surrounded by snow, you might be desperate to find water. During such times, people might consider eating snow but in reality, it can lead to further dehydration, since your body has to use body heat to melt the snow once you eat it. Also, if the snow has been on the ground for a significant period of time it could contain bacteria and other organisms that can make you sick. If you absolutely have to eat snow, be sure to melt the snow before you consume it.

6. In case of an emergency, do not inflate your life jacket before exiting the aircraft.

In case of an emergency, especially if it’s a water landing, experts strongly advise against inflating your life jacket inside the cabin. This is because an inflated life jacket would make it hard to make an escape, especially if the airplane is taking in water at a fast pace. So, if you are ever faced with such a situation, always wait until you are out the exit before pulling the inflation cord.

7. When you enter an unfamiliar building, always make sure to memorize the path towards the nearest exit. 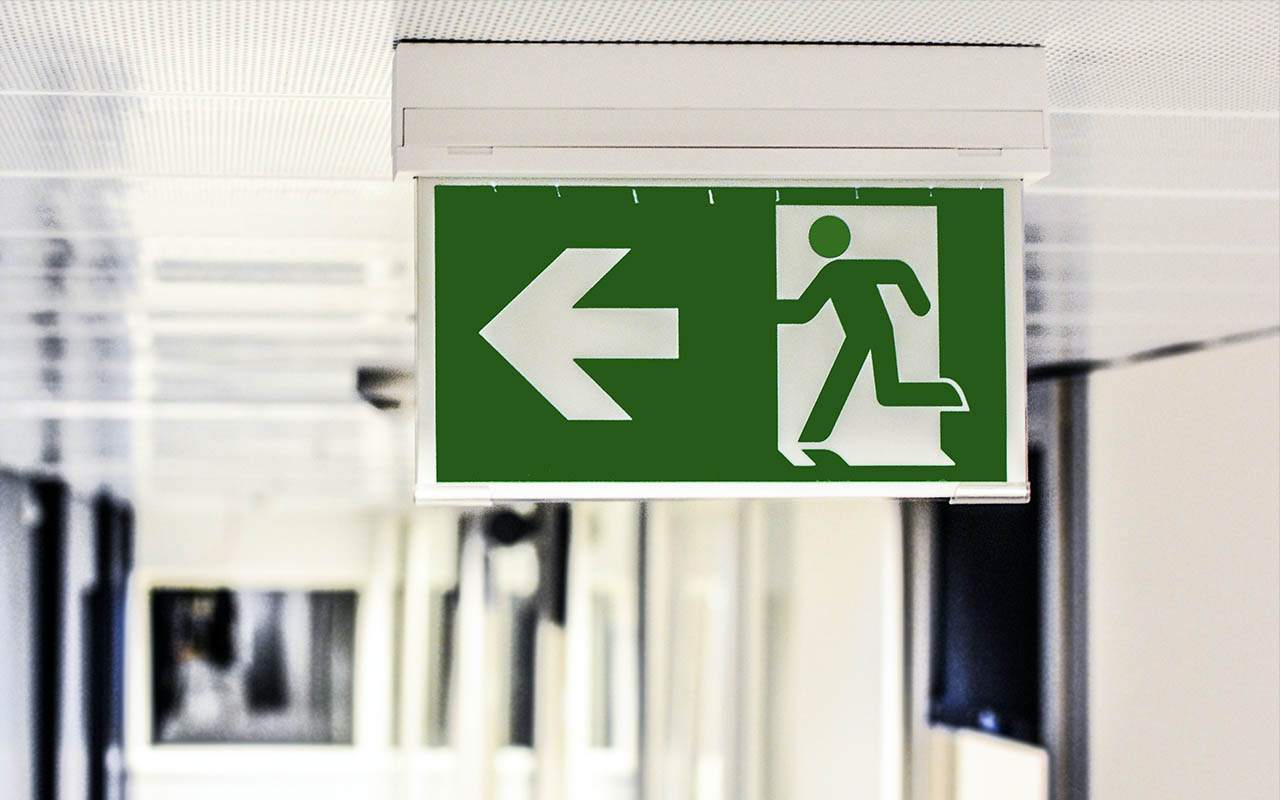 When you visit a place that you are not familiar with, make sure to memorize at least one or two emergency exit routes. Not only does this method allow you to make an exit in the quickest possible way, but also assist others to safety.

8. Know the signs that can help you differentiate between a venomous and non-venomous snake. 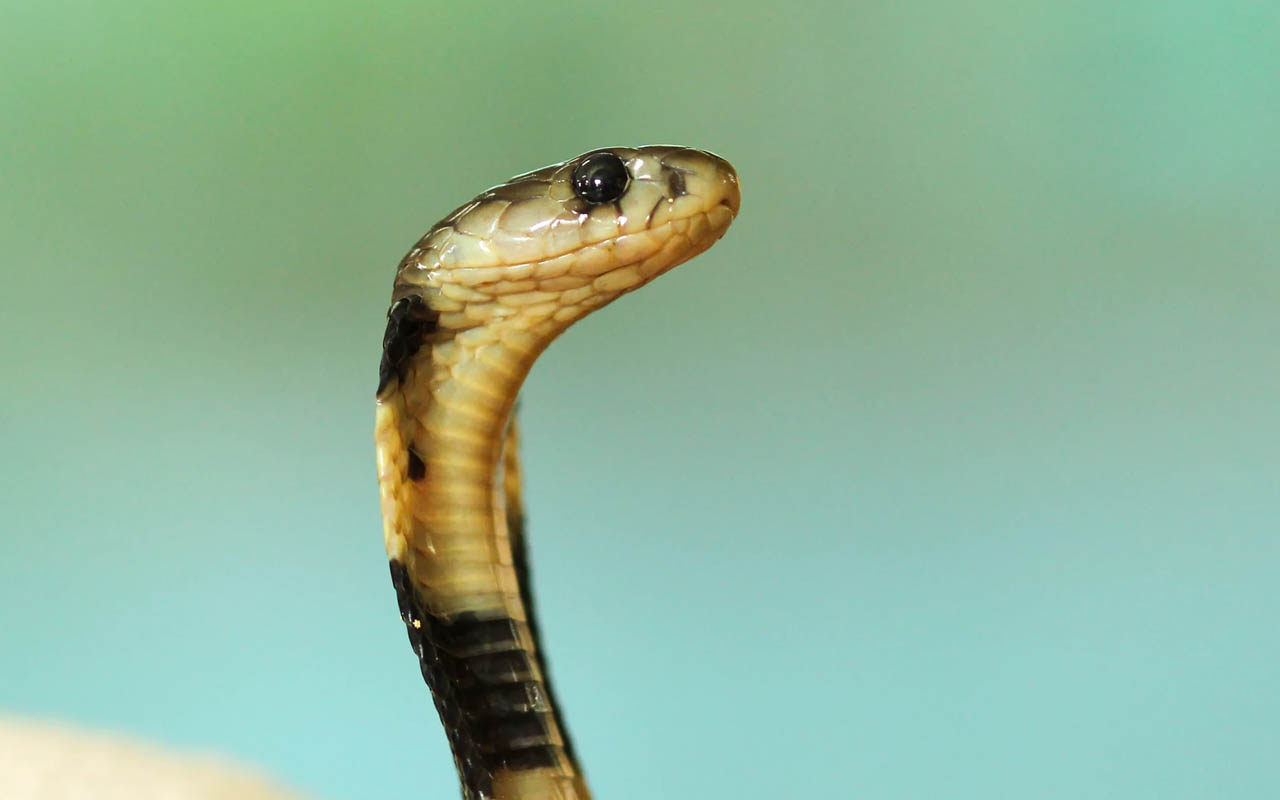 The truth is that most of us don’t know the difference between a venomous and non-venomous snake, so this is how you can tell if they are venomous: “Venomous snakes have triangular heads and non venomous snakes usually have oval heads,” said Julia King, Animal Curator with Oxbow Meadows.”  “If you get two fang marks, that’s a venomous snake. You need to go to the hospital. Also try to remember the description of the snake,” said King.

9. You can ask Siri to assist you during an emergency. 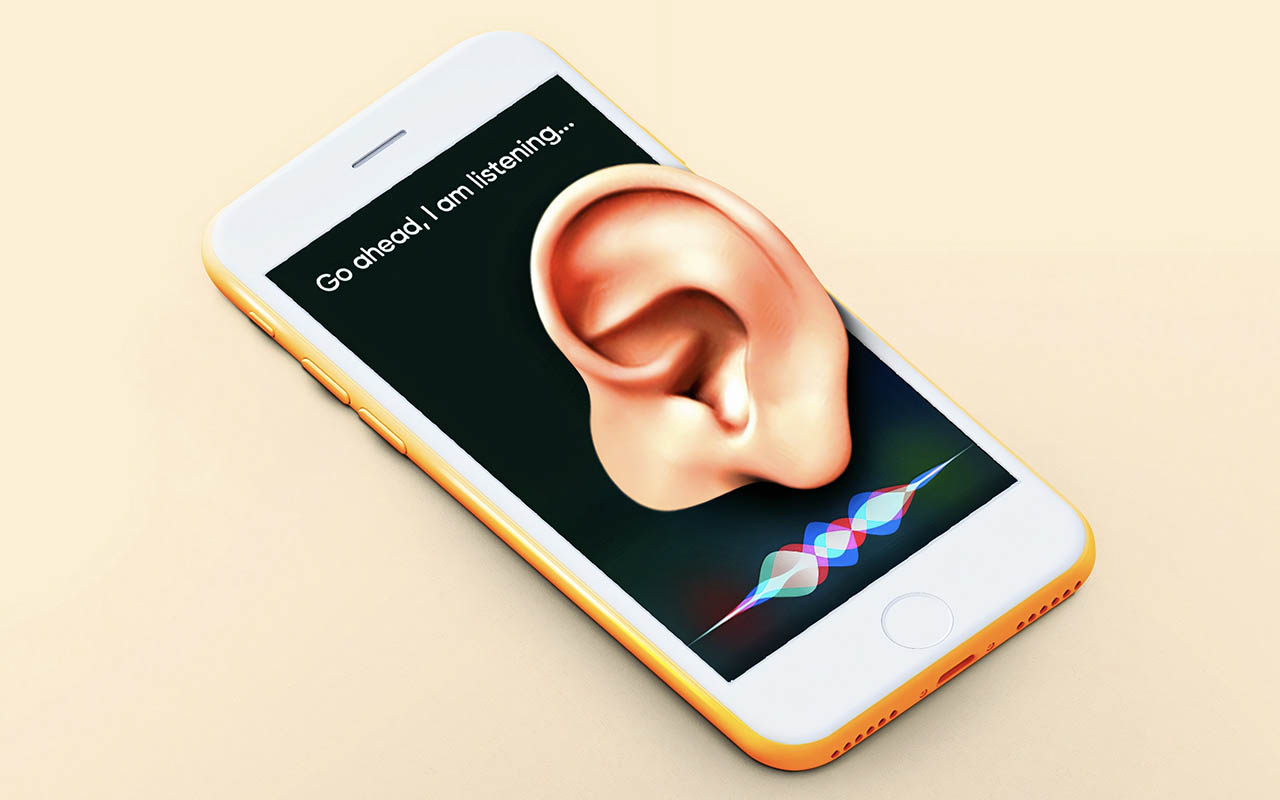 Siri is not only helpful when it comes to playing music and finding answers to questions. If there’s ever an emergency, you can always ask Siri to call emergency personnel. Also, you can create shortcuts to send your location and other details to an emergency contact, with the help of Siri. 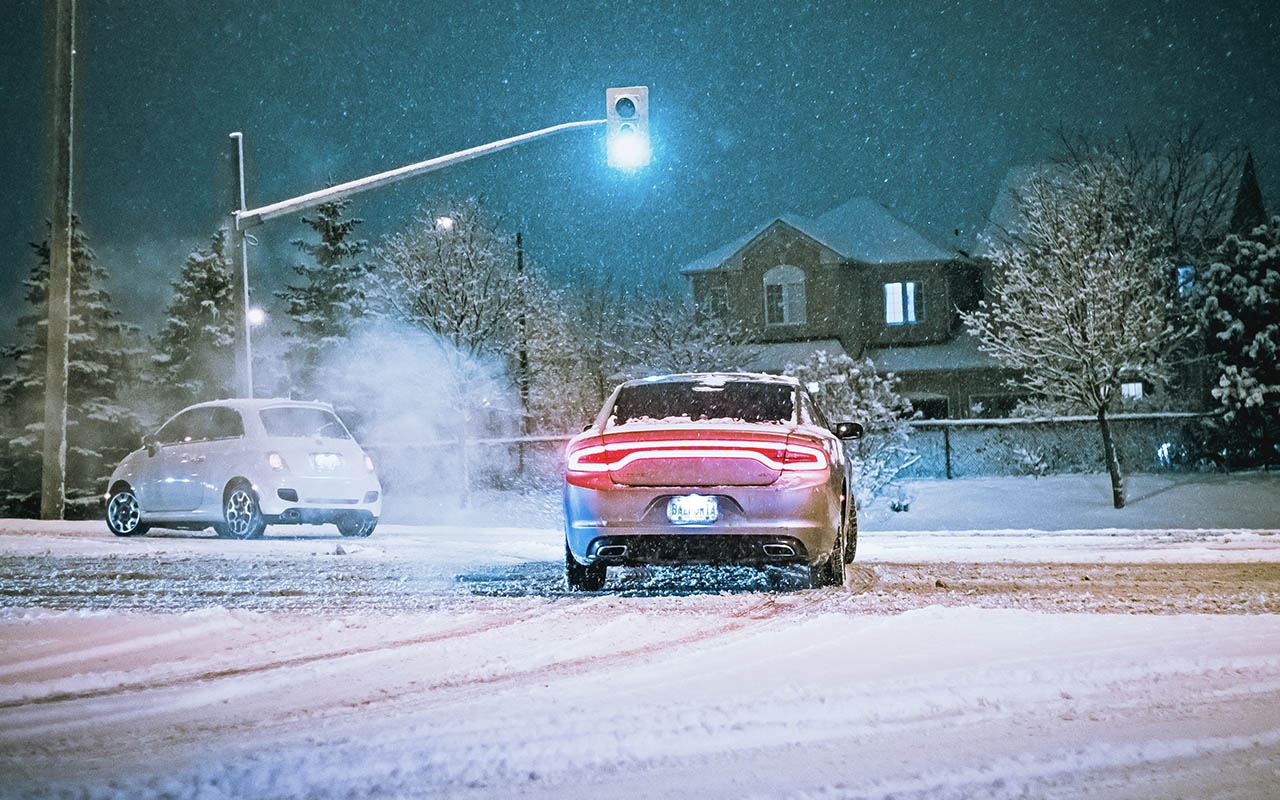 If your car does start to skid, take your foot off the gas, keep both hands on the wheel, look which way your car is sliding towards, and then steer towards that direction. This will help you regain control of the car. Once you regain control, gently press on the brakes and safely come to a stop.