Animals have a positive impact on our life as well as our health. They can be uplifting at times and have been doing so for centuries. Even scientists agree on this and according to them, having a dog can increase a person’s lifespan up to 2 years. While we think we know all about our four-legged friends, there are many things that will surprise us. Here, we are listing 11 scientific facts about man’s best friend and the influence they have in our lives.

1. A study conducted by the NCBI found that dog owners have comparatively lower blood pressure than non-owners. 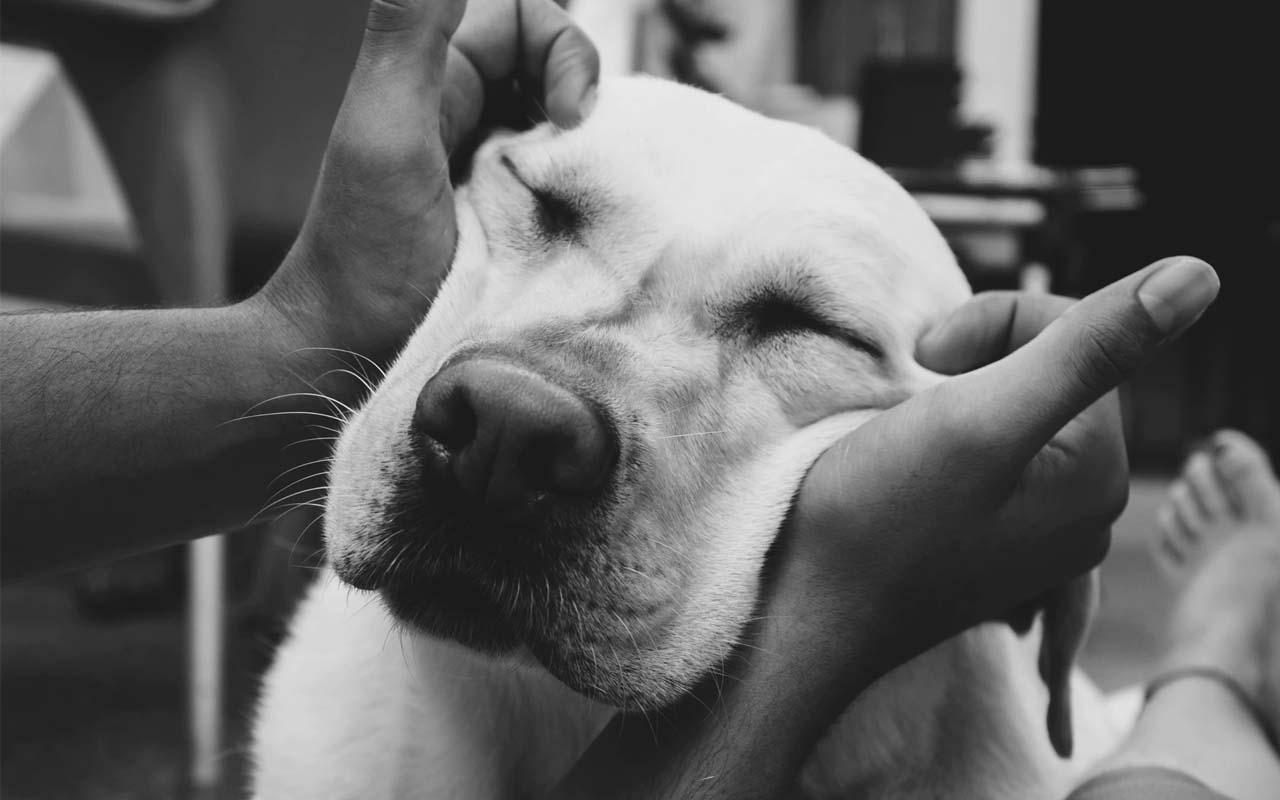 Researchers at the NCBI performed a study on people with man’s best friend and found that they have relatively low blood pressure compared to those without dogs. The study was conducted on 60 participants of both genders who verbally, visually and physically interacted with dogs. All the participants’ heart rates were automatically recorded during the periods of interaction. Scientists were surprised to see that while talking and physically touching their dogs, the heart rates were at the lowest and the subjects seemed to be at a relaxed state. (source)

2. Dog owners are happier. They are major contributors to one’s happiness by causing the release of happy hormones called endorphins. 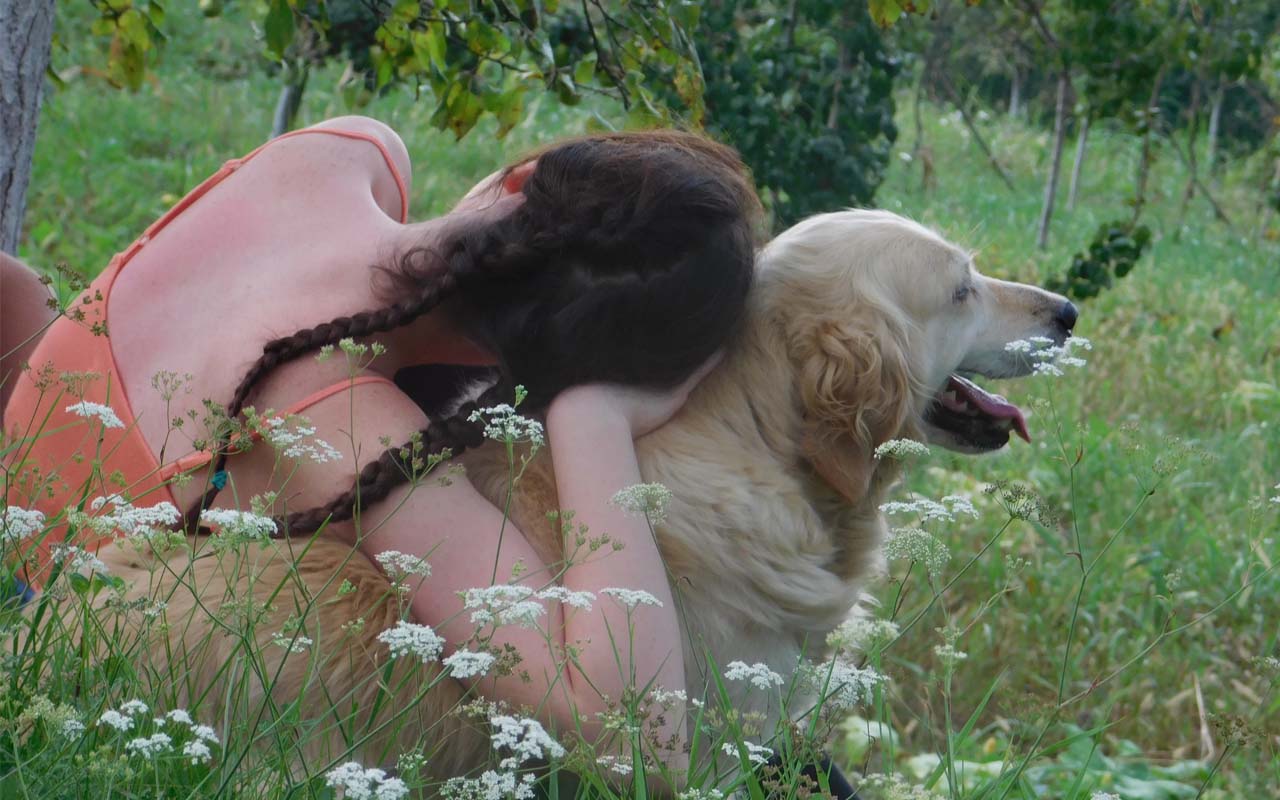 Having dogs around can be beneficial when it comes to one’s happiness. Studies show that the happy atmosphere they create causes one’s body to release endorphins; the brain’s natural anti-depressant. Other beneficial hormones such as prolactin and serotonin are also released while you play with your dog. Another major benefit is the significant reduction of our body’s stress hormones called cortisol. A survey conducted by the British Market Research Bureau in 2002 showed that 75% of dog owners admitted to being happy around their canine friends. (source)

3. Dogs sleep curled-up because of an age-old instinct to keep themselves warm and to protect vital organs. 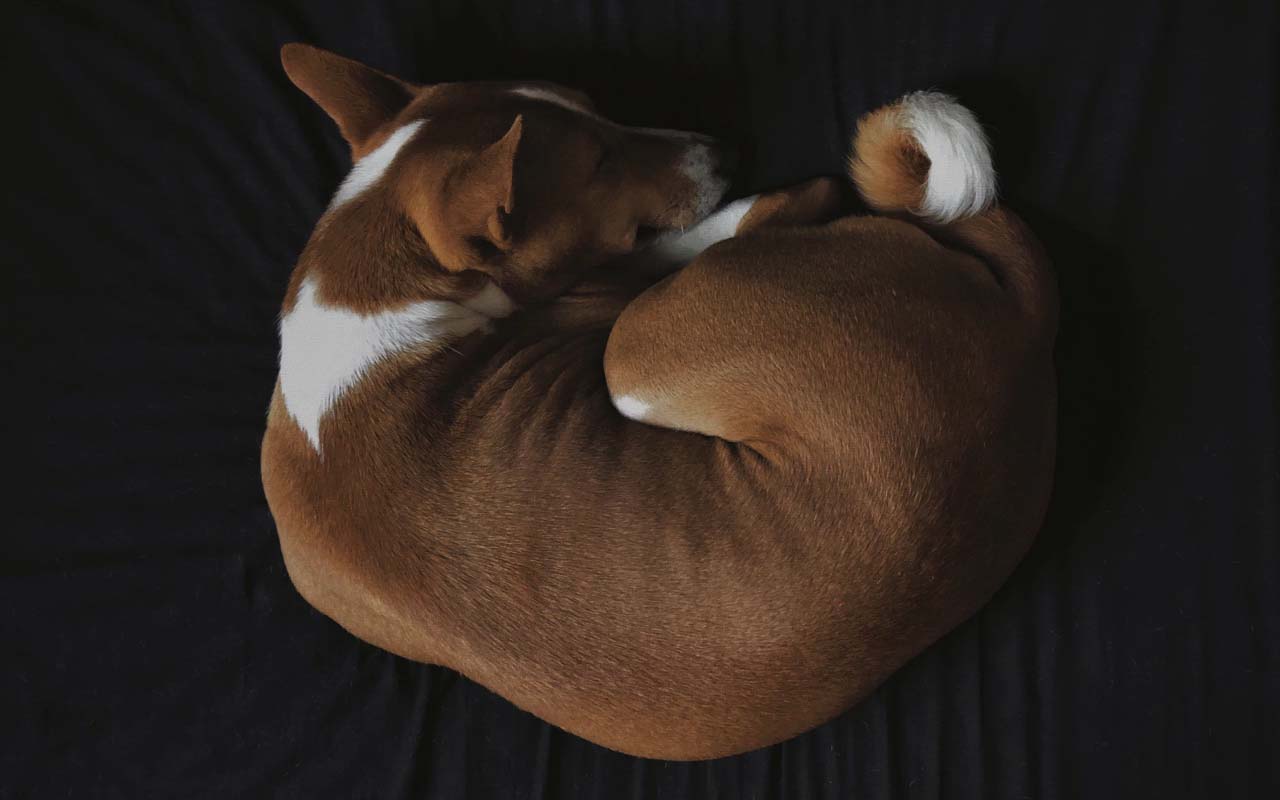 Most dog owners might notice their pups sleeping all curled up at night or even during the day. There are two reasons why they curl up into a ball to snooze and they are both related to evolution. According to Dr. Margaret Gruen, DVM, a clinician at NC State University College of Veterinary Medicine Animal Behavior Service, in the wild, when it’s cold, they dig a nest and curl up into it. This provides them with warmth and also conserves their body heat. The second reason is to protect themselves from would-be predators.

If your dog is in unfamiliar territory, then they would revert back to their instinct and sleep in a curled up position to feel comfortable. So, next time your beloved canine friend sleeps all stretched out, he/she is either hot or feels safe in the environment. (source)

4. Having a dog can help your heart by lowering your cholesterol levels. 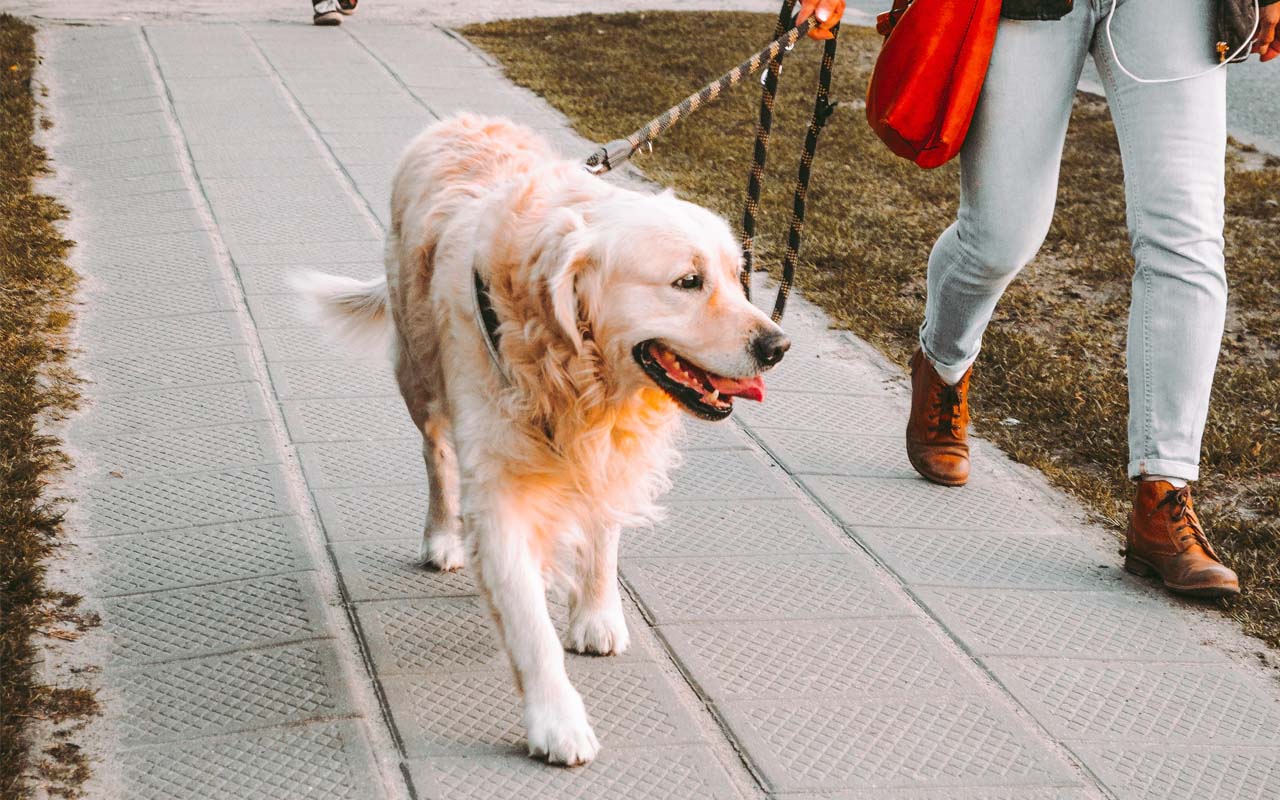 A study conducted by Harvard Medical School found that having a dog can improve the health of your heart. While owning pets was found to have the same effect, dogs were mostly associated with decreased risk of cardiovascular disease. Studies also show that dog owners have lower blood pressure than non-owners since they tend to get more exercise. There is also mounting evidence that owning a dog can reduce one’s cholesterol and triglyceride levels. (source)

5. Owning a dog increases recreational walking and activity, allowing you to stay fit. 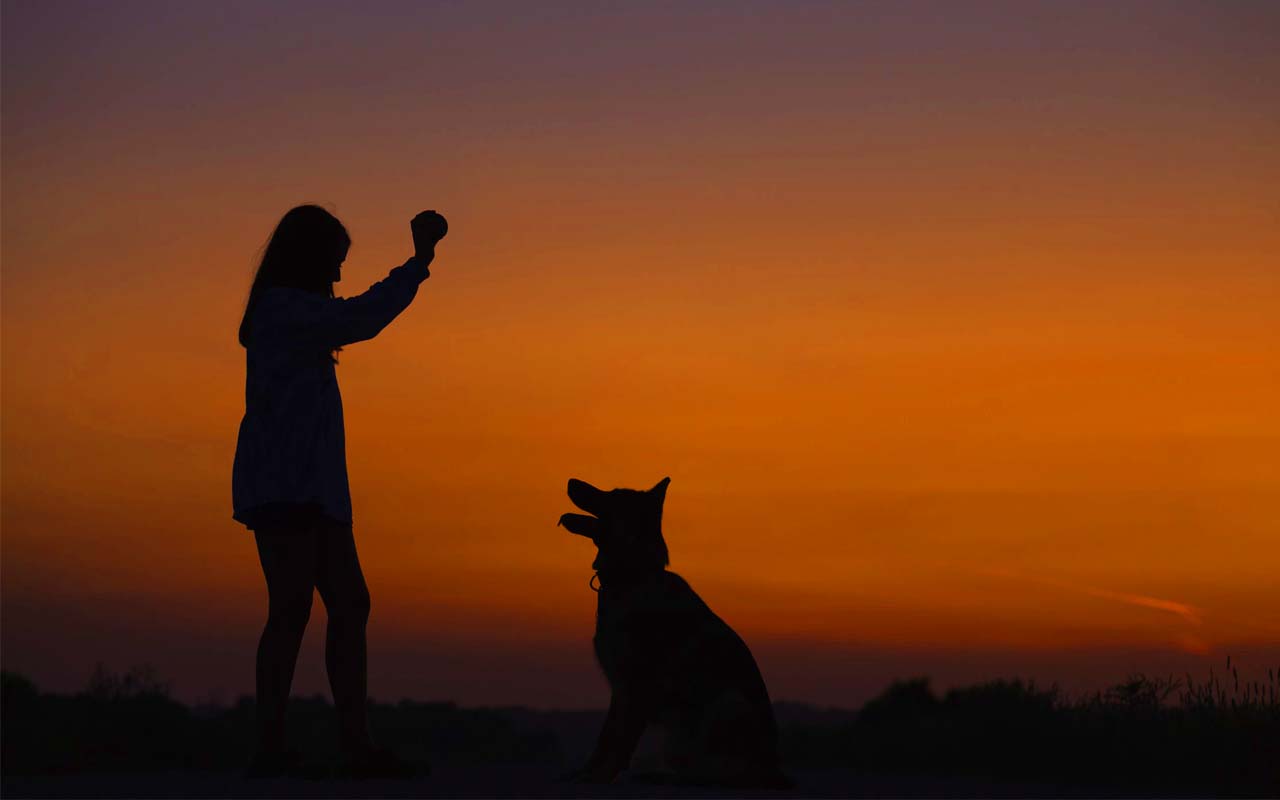 Exercise is essential in life, especially when it comes to staying healthy. While exercising doesn’t necessarily  mean going to the gym, there are many ways to stay in shape. One such way is playing with your canine friends. It is estimated that only around 20% of the entire human population spends an average of 30 minutes a day exercising. A sedentary life is the reason for weight gain, heart conditions and diabetes.

The NCBI performed a study on dog owners and non-dog owners and recorded their activities for 12 months. In conclusion, the study found that dog owners underwent more physical activities just by walking their dogs or even playing with them. (source)

6. Dog owners get a better night’s rest than non-dog owners. 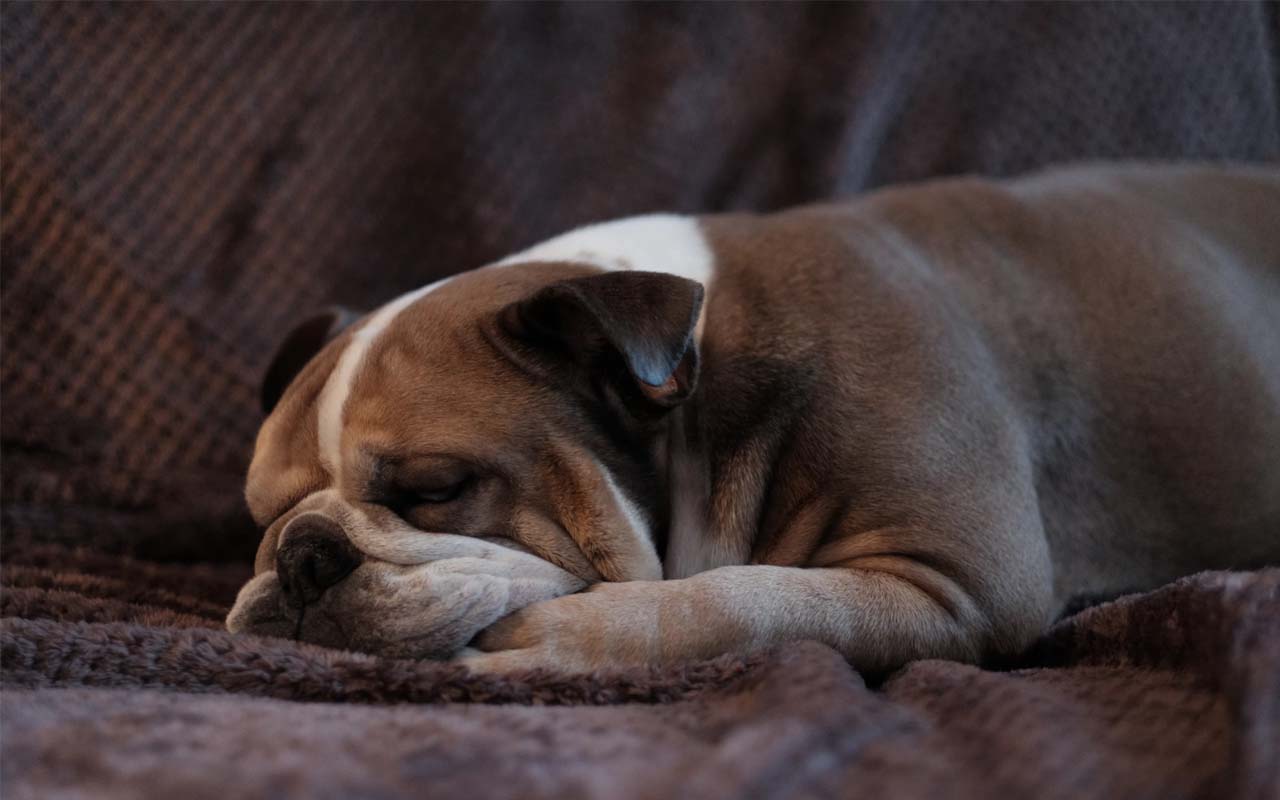 Almost 65% of American households own a pet, with the most common companions being dogs and cats. Numerous studies however, show that dog owners who allow their pets to sleep in the same room feel a sense of security. A study conducted on individuals who were mostly single and owned dogs shows that around 41% of them felt secure with their dog in the same room at night. The same group also reported a sense of relaxation with their sleep. (source)

7. Dog owners have a lower risk of allergies. 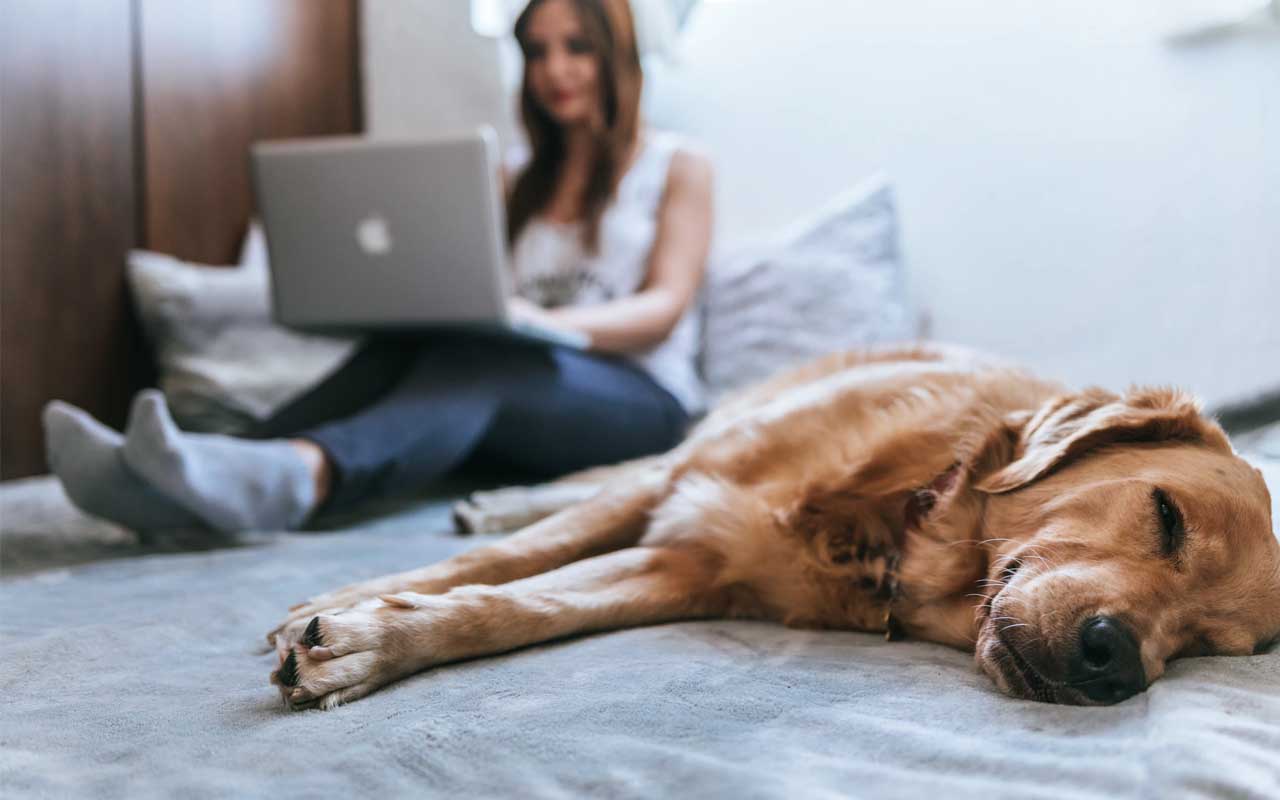 While it’s true that pet fur can cause allergies, a study conducted by Swedish researchers found that owning a dog at an early age can help reduce allergies such as asthma. Exposure to dogs during the first year of life was linked with a 13% lower risk of asthma while those who were raised on a farm along with a dog had 52% reduced risk of asthma. The study was published in JAMA Pediatrics, in a joint partnership between Karolinska Institutet and Uppsala University. (source)

8. Dogs do suffer from separation anxiety and you can help reduce the effects by leaving them some of your clothes. 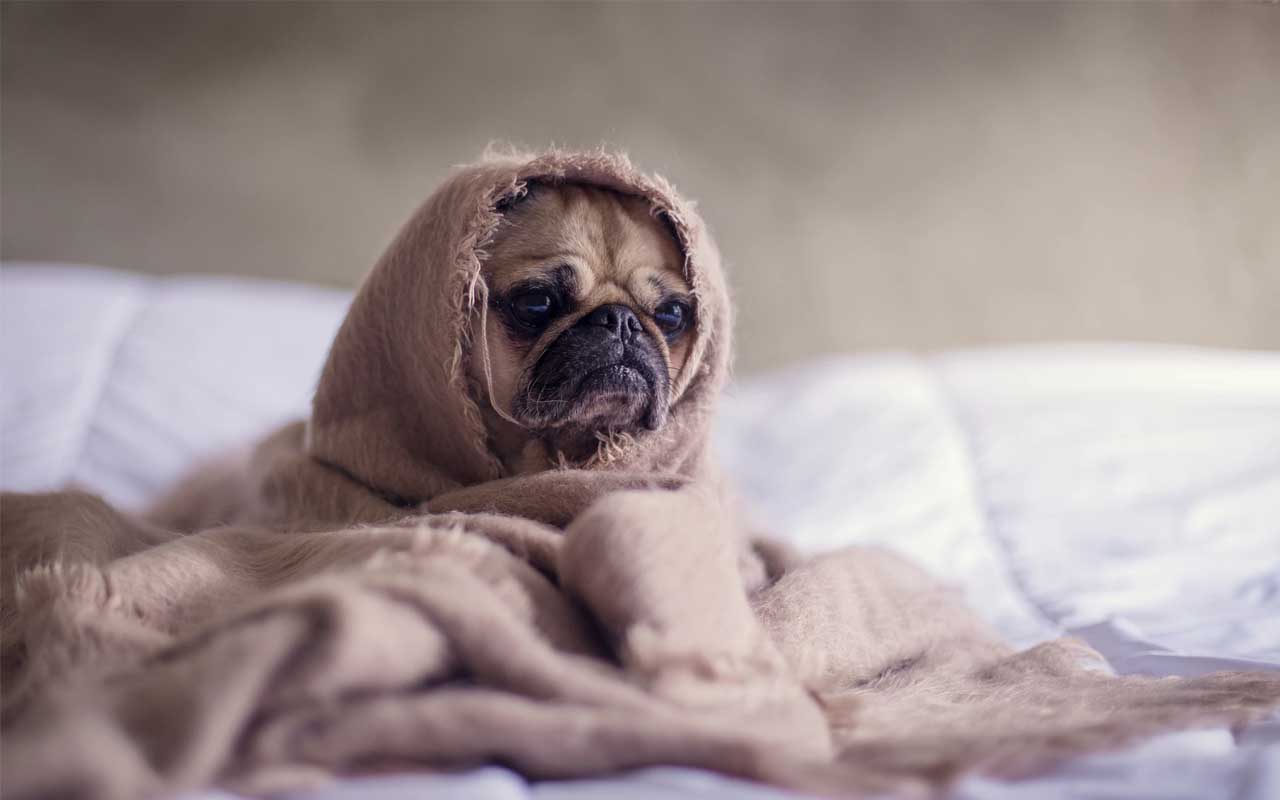 It’s hard to believe but our canine friends can actually get separation anxiety. If they are constantly worried whenever you head out or follow you from one room to the other, then you’re dealing with a case of separation anxiety. According to the Humane Society, one of the methods to help them calm is to leave them an article of your worn clothing. The cloth, which obviously smells like you, will help them feel safe. (source) 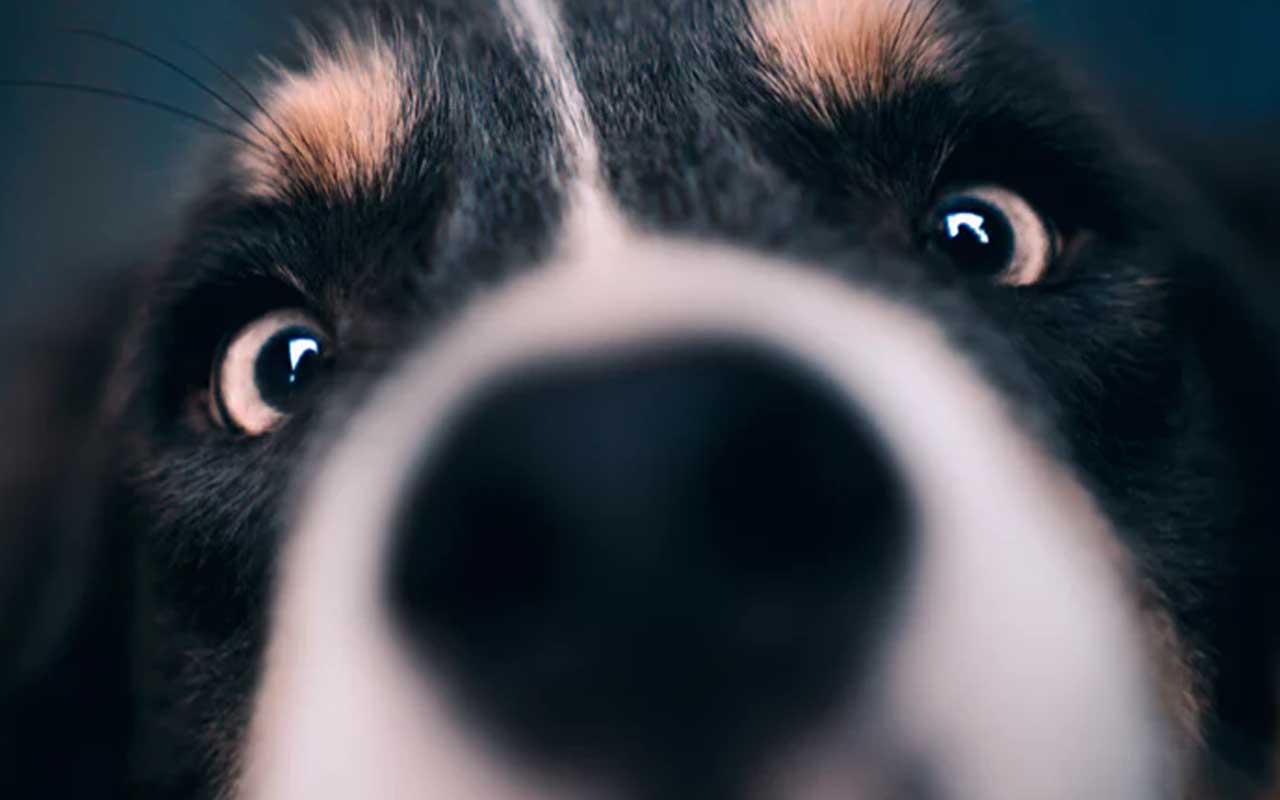 According to James Walker, former director of the Sensory Research Institute at Florida State University: “If you make the analogy to vision, what you and I can see at a third of a mile, a dog could see more than 3,000 miles away and still see as well.” Alexandra Horowitz, in one of her books writes, “While we might notice if our coffee has had a teaspoon of sugar added to it, a dog could detect a teaspoon of sugar in a million gallons of water, or two Olympic-sized pools worth.” (source)

10. Dogs can get jealous if they see their humans displaying affection toward something or someone else. 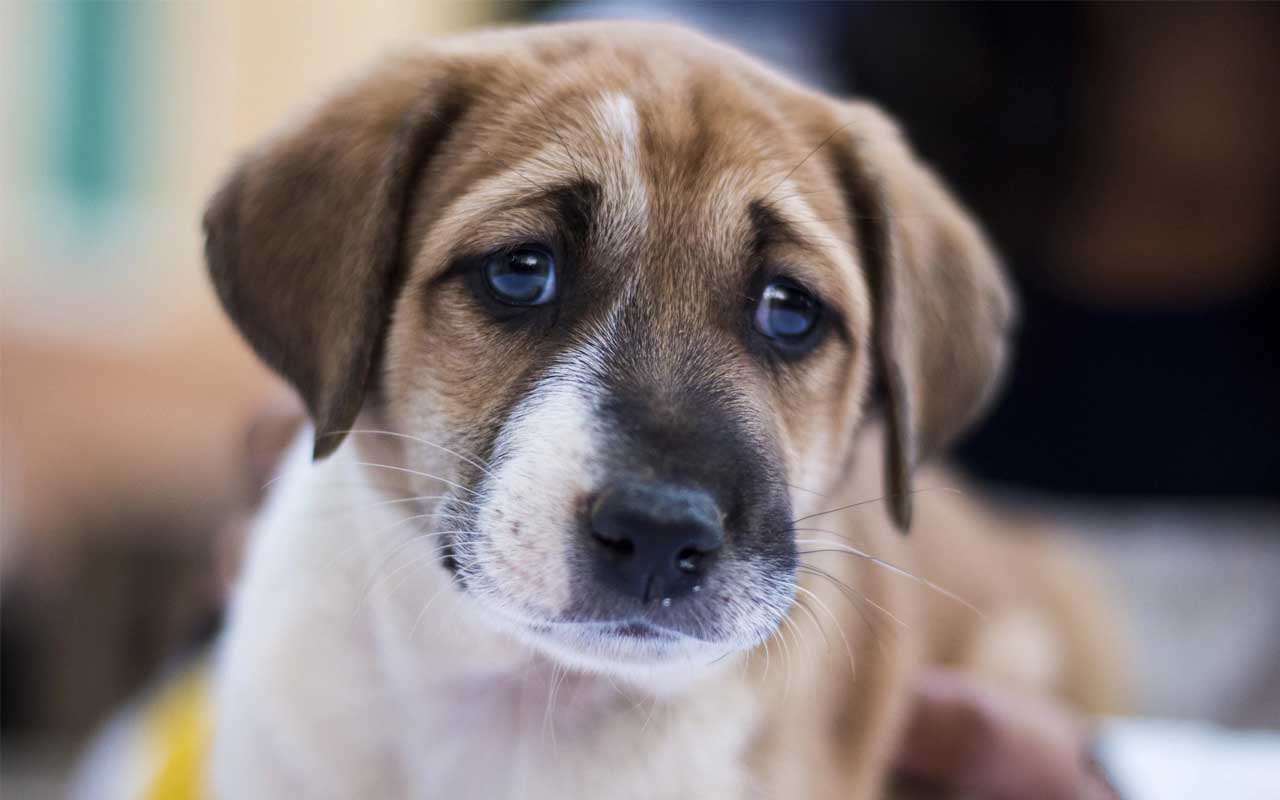 In a study done by scholars at the University of California, it was found that dogs can exhibit jealousy. The emotion was exhibited especially when their owners displayed affection toward other dogs or their human companions. The study was conducted on 36 pooches of various sizes and their owners were asked to show affection towards a stuffed toy that imitated barks. The videotaped sessions showed that they exhibited the emotion every time their owners interacted with another object or human. (source)

12 Bizarre Facts About Teeth That Are Actually True

They help you chew, speak and smile, but how much do you really know about …