10 Amazing Facts That Will Impress You

10 Amazing Facts That Will Impress You

Our world is a mysterious and wondrous place to be. Although we think we know everything about our planet, there will always be something new that will not only impress us but leave us wondering how and why? New technological advancements in the field of science are helping us learn and understand things that were previously unknown. For instance, did you know that dogs are more closely related to bears than to hyenas? And the entire state of Wyoming only has two escalators? Well, here we have gathered a list of 10 such facts, that can be quite impressive.

1. There are more public libraries in the US than McDonald’s restaurants in the entire world. 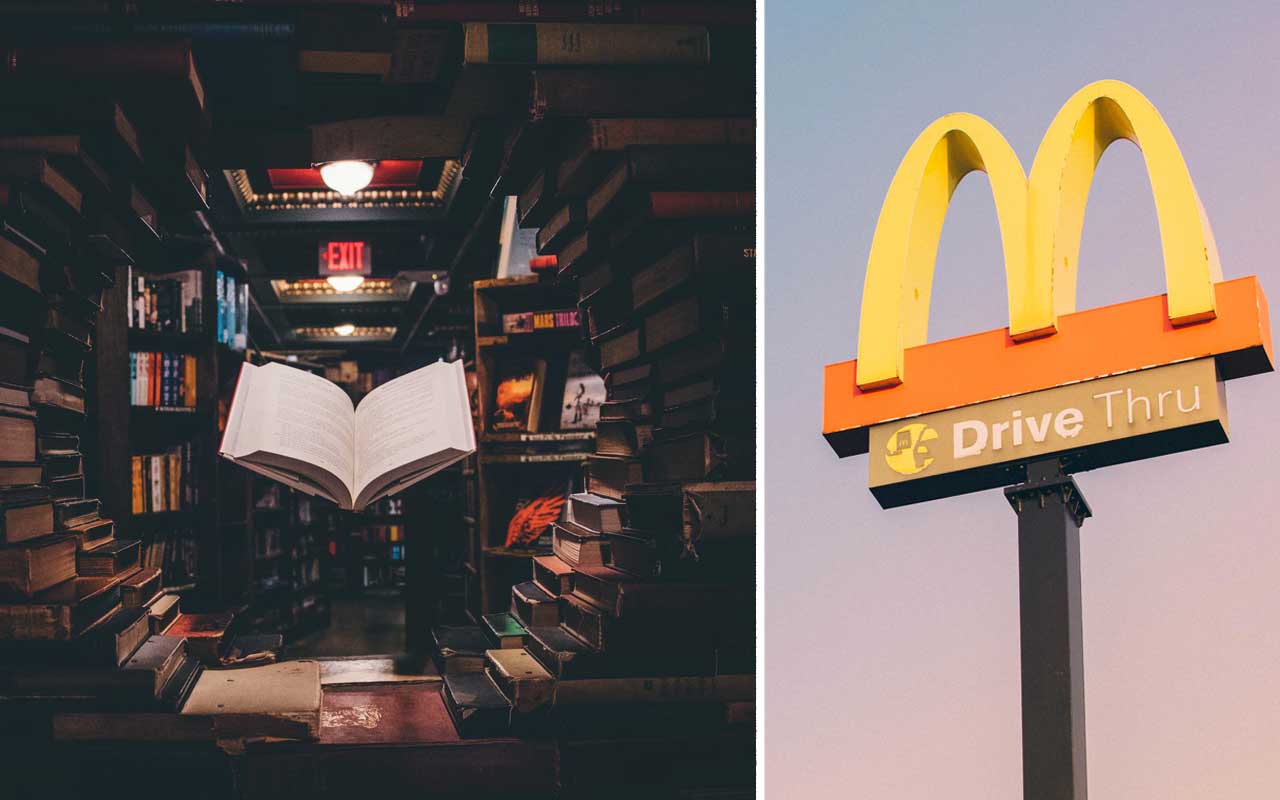 The fact that we have more libraries in the US than McDonald’s might come as a surprise to most of us since we see McDonald’s on every corner, rather than libraries. The fast-food giant has been growing at a massive scale in the recent years, with more than 36,000 restaurants worldwide. Since its inception on April 15, 1955, in San Bernardino, CA, McDonald’s has taken the food industry to a whole new level, serving more than 70 million people a day and selling more than 75 hamburgers every second. That is a huge achievement, however, according to the American Library Association, there is an estimated 116,867 libraries of all kinds in the United States today.

2. If you thoroughly shuffle a deck of playing cards, you’ll end up with a sequence which has never existed before.

For a person to achieve even a 50% chance of repeating permutation, one would need to perform 9×1033 shuffles. To put things into perspective, every time you shuffle a deck of cards, you are almost certainly creating an arrangement which the universe has never before seen. (source)

3. The human finger is capable of detecting nano-scale wrinkles even on a seemingly smooth surface; meaning if the finger was the size of the Earth, we could differentiate between houses from cars.

A ground-breaking study conducted by Swedish scientists in 2013, shows that the human body is capable of detecting nano-scale wrinkles while running their fingers upon a seemingly smooth surface. According to Mark Rutland, Professor of Surface Chemistry, and one of the authors of the study,

“This means that, if your finger was the size of the Earth, you could feel the difference between houses from cars. That is one of the most enjoyable aspects of this research. We discovered that a human being can feel a bump corresponding to the size of a very large molecule.”

“This is the breakthrough that allows us to design how things feel and are perceived,” he says. “It allows, for example, for a certain portion of a touch screen on a smartphone to be designed to feel differently by vibration.”

The study and its findings are beneficial to mankind, since they could be used to make advances for touch screens for the visually impaired among other products. (source)

As of 2018, Canada has an estimated population of 36.95 million, which ranks 38th in the world. Canada is the world’s second largest country by total area and the largest North American country. According to the Live Population Statistics, the current number of people residing in Canada is 37,110,330. California, on the other hand, is a large state on the west coast of the United States. The state is home to one of the world’s most diverse populations and the current number stands at 39.78 million (39,776,830). (source)

The Bellagio, in Las Vegas, is a casino that opened on October 15, 1998, and is one of the most iconic venues in Las Vegas. Construction began on the Bellagio back in May of 1996, and cost $1.6 billion, making it the most expensive hotel ever built at the time. During its opening day, Bellagio hosted an opening ceremony that had a reported cost of $88 million. The Bellagio has 3,950 rooms, making it the 14th largest hotel in the world by number of rooms.

The original tower is 508 feet tall, contains 3,015 rooms throughout its 36 floors. The Spa Tower, standing 392 feet high, has 33 floors and adds another 915 rooms. Meanwhile, Bellagio, a town in Italy, which is also a famous tourist destination, has a population of 3,820. (source)

6. Both giraffes and humans have the same number of bones in their necks.

Giraffes and humans have one thing in common. Just like us, they have a seven neck vertebrae. However, a giraffes neck can be over 10 inches (25.4 centimeters) long! In fact, all mammals have the same number of bones in their necks with sloths and manatees being the only two exceptions to this rule. Studies show that they have an abnormal number of cervical vertebrae. (source)

7. In the entire state of Wyoming, there are only two escalators.

It might come as a surprise that in the 21st century with all the technological advancements, the entire state of Wyoming only has two escalators. It is in fact true and if you are someone who suffers from escalaphobia – the fear of escalators – then Wyoming is the place to be. According to the NPR and The Atlantic, the Cowboy State is home to only two sets of escalators, both of them located in banks in the city of Casper.

With 573,720 inhabitants in the state, the availability of only two escalators would seem strange, but experts suggest that it mainly has to do with the local fire codes. Local fire safety experts say that a flaming escalator would serve only to transport the fire from one floor to another, moving a few leisurely feet per second. (source)

8. The Googolplex is so enormous that there are more zeroes in a googolplex than there are particles in the observable universe.

Googolplex is a number, invented by American mathematician Edward Kasner. Writing out googolplex would be impossible because a Googolplex equals 10 in Googol power (1 and 100 zeros after it). It is estimated that the number of particles in the observable universe is 10 to the power of 80; which is less than a googol, and less than the number of zeroes in a googolplex. (source)

9. We’ve been taught for decades that the microbes inside us outnumber our own cells. A team of scientists found this to be false and proved that the number of cells and bacteria in the human body are approximately the same.

For decades, we have been taught that the microbes inside us outnumber our own cells by a ratio of 10:1. This factoid was introduced in 1972, which was a vague estimate with no factual basis. In 2014, a team of researchers from the National Institutes of Health decided to question this number and came up with a new one. In order to study the microbe population in a human body, they studied an adult man weighing about 154 pounds (70 kg) and about 5’7″ (170 cm) in height.

The new study found that the previous studies overestimated the numbers by a significant amount. Researchers from Israel and Canada came to the conclusion that the human body contains about 39 trillion bacteria to about 30 trillion human cells, a roughly 1:1.3 ratio. (source)

10. The Pyramids of Giza were built in the time of wooly mammoths.

Scientists estimate that the wooly mammoth was still around during 1700 B.C. on Russia’s Wrangel Island. Although there are many speculations about the exact age of the pyramids, it is believed that they are about 4,000 years old. This means that the pyramids were being constructed around the time the wooly mammoths were still roaming on the other side of our planet. (source)

Previous If You Want to Improve Air Quality in Your House, Use these NASA-Approved Plants
Next Scientists Confirm That Your Meanest Friend Is the One Who Actually Cares About You the Most

10 Facts That Prove Animals Are More Humane Than Humans

Because of many brilliant men and women, our lives have changed for the better. While …