It’s been one hundred and eight years since the Titanic disaster. On April 15, 1912, at 2:20 a.m., what was deemed one of the most luxurious and safe ships ever built, hit an iceberg and sank off the coast of Newfoundland. The ship, the world’s largest passenger ship at the time, was on its maiden voyage, headed from Southampton, England, to New York City. Although the Titanic sank on 1912, did you know that it took over 70 years for explorers to rediscover it? Like that, we have gathered some pretty interesting facts about the Titanic as well as the people aboard.

While the third-class accommodations on the Titanic were much better than those on an average ship, they were still pretty rough. According to some estimates, the total number of third-class passengers ranged from 700 to 1,000, and they all had to share two bathtubs.

2. The ship’s lookouts had to rely on their eyesight alone since the ship’s binoculars were locked inside a cabinet that no one could find the key to. 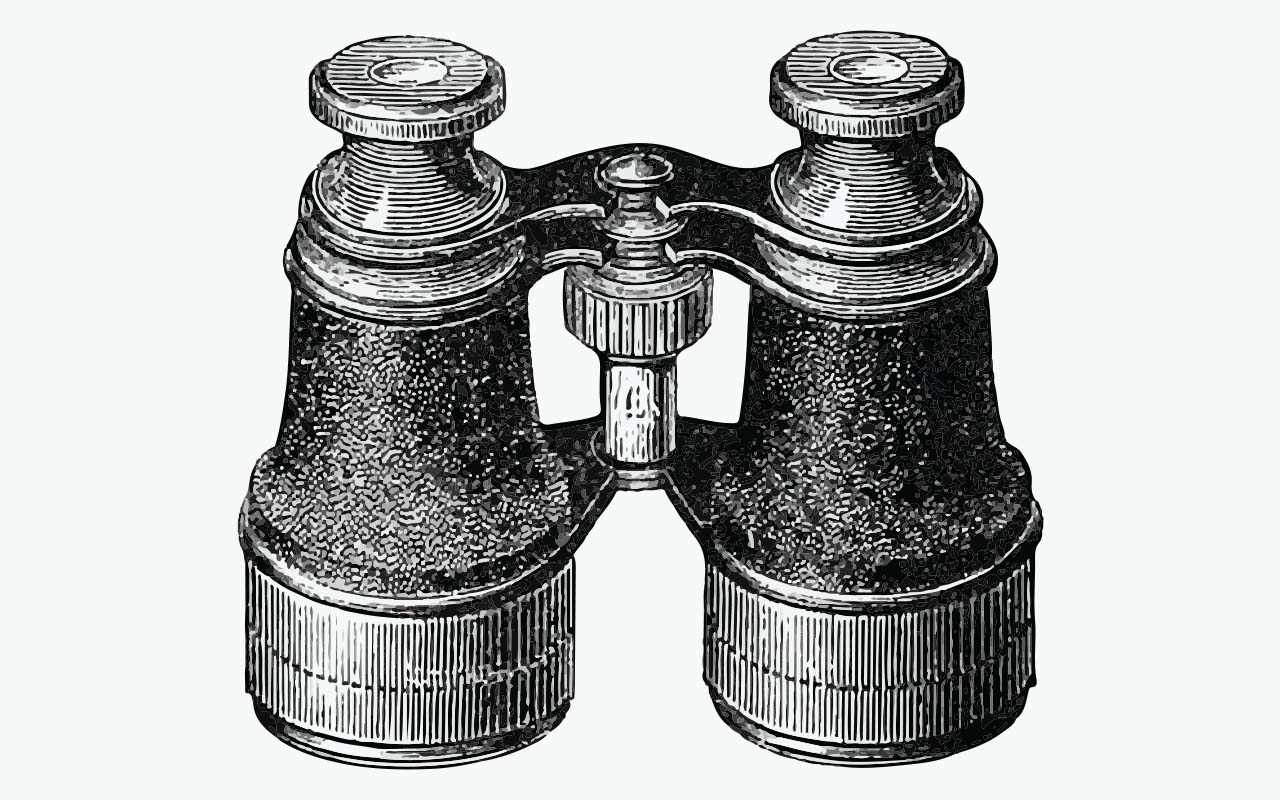 It is believed that if a simple mistake was corrected before the Titanic departed, it could have prevented the entire event from unfolding. According to The Telegraph, the crow’s nest binoculars, vital in detecting threats to the liner lurking in the sea in the pre-sonar days of 1912, was kept safely inside a locker. Second Officer David Blair, who was in possession of the key, was removed from the crew at the last minute and while rushing to get things done, he forgot to hand it to his replacement. Without access to the binoculars, the lookouts in the crow’s nest were forced to rely on their eyes and only saw the iceberg when it was too late to take action. The key resurfaced at auction in 2010, where it was sold for over $130,000.

3. The richest man aboard was John Jacob Astor IV, who was widely believed to have been the richest man in the world at the time.

John Jacob Astor IV, was not only the richest man on the Titanic, but widely believed to be the richest man in the world at the time. Some estimate his worth to have been around $150 million, or $3.5 billion in today’s dollars. Astor and his new wife, Madeleine Talmage Force, were returning home from a months-long honeymoon when the Titanic sank.

4. The ship’s band played music right until the very end to try and calm passengers.

According to the BBC, the musicians played for more than two hours while passengers were struggling to get into lifeboats. It is believed that the music could have helped calm them down during those stressful hours.

5. Popular media agencies including the Daily Mail, the Belfast Telegraph, and The World, mistakenly reported that everyone aboard the ship had survived.

In a rush to become the first to report on the incident, numerous newspapers gave families and loved ones false hope. American newspapers like The New York Times however, were able to take advantage of the time difference, and their headlines were more accurate.

6. It is rumored that a few men dressed up as women to get a spot on a lifeboat.

It is rumored that a few men — including J. Bruce Ismay, William Carter, Bishop and William T. Sloper — had dressed up as a woman in order to escape the ship. While the rumors were never confirmed, it did follow the men through the end of their lives.

7. There were at least 13 couples celebrating their honeymoon on the Titanic.

According to “Titanic Love Stories,” there were at least 13 couples celebrating their honeymoons, or were returning home, on the ship.

8. A novella called “Futility”, which was published 14 years before the Titanic set sail, seemed to have predicted the event. 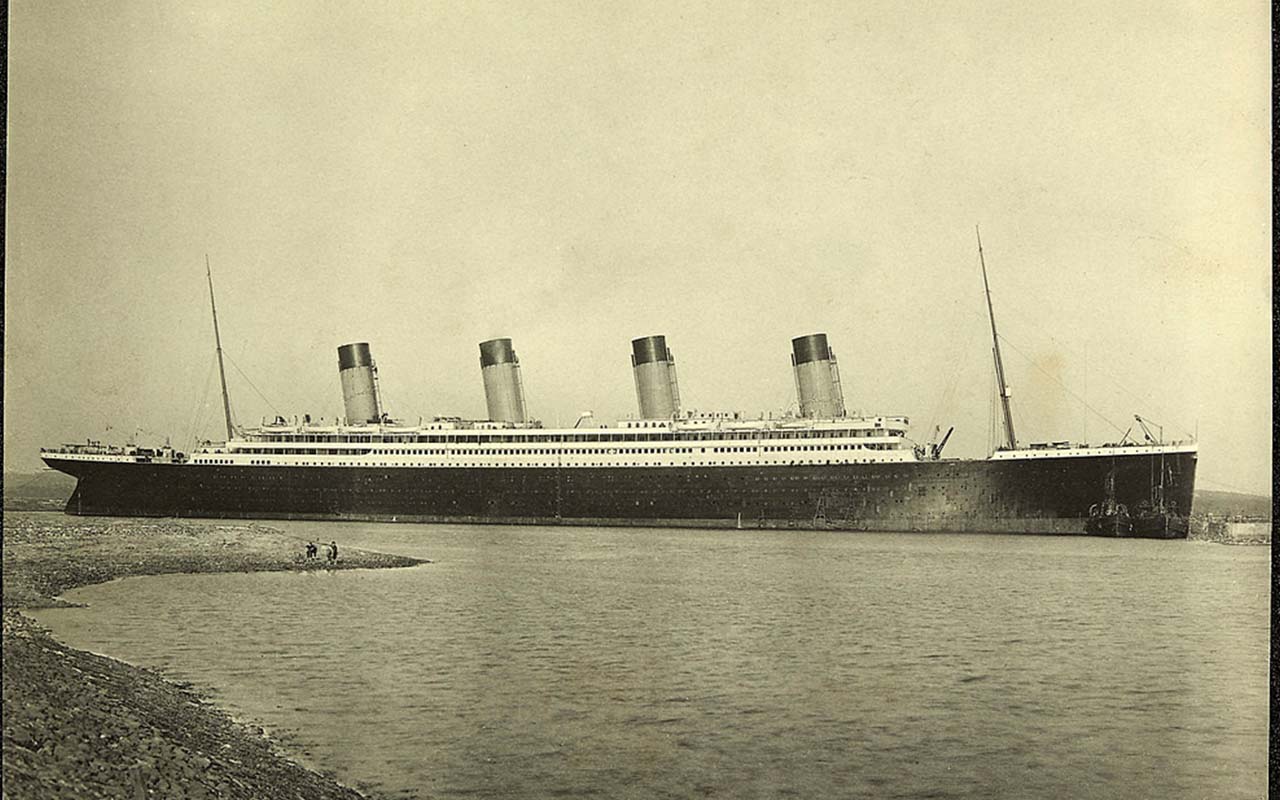 “Futility,” a novella written by American author Morgan Robertson, was published in 1898, 14 years before the Titanic set sail. The novella focuses on the sinking of a fictional ship called the Titan. According to Time, there’s an eerie number of similarities between the ship’s sinking in “Futility” and the Titanic in real life. Many started to claim the author of the novella to be a psychic but he explained that the uncanny similarities were simply a product of his extensive knowledge, saying, “I know what I’m writing about, that’s all”.

9. The movie Titanic, ended up costing more to produce than it cost to build the real Titanic – which was the largest and most luxurious ship at the time, even when adjusted for inflation. 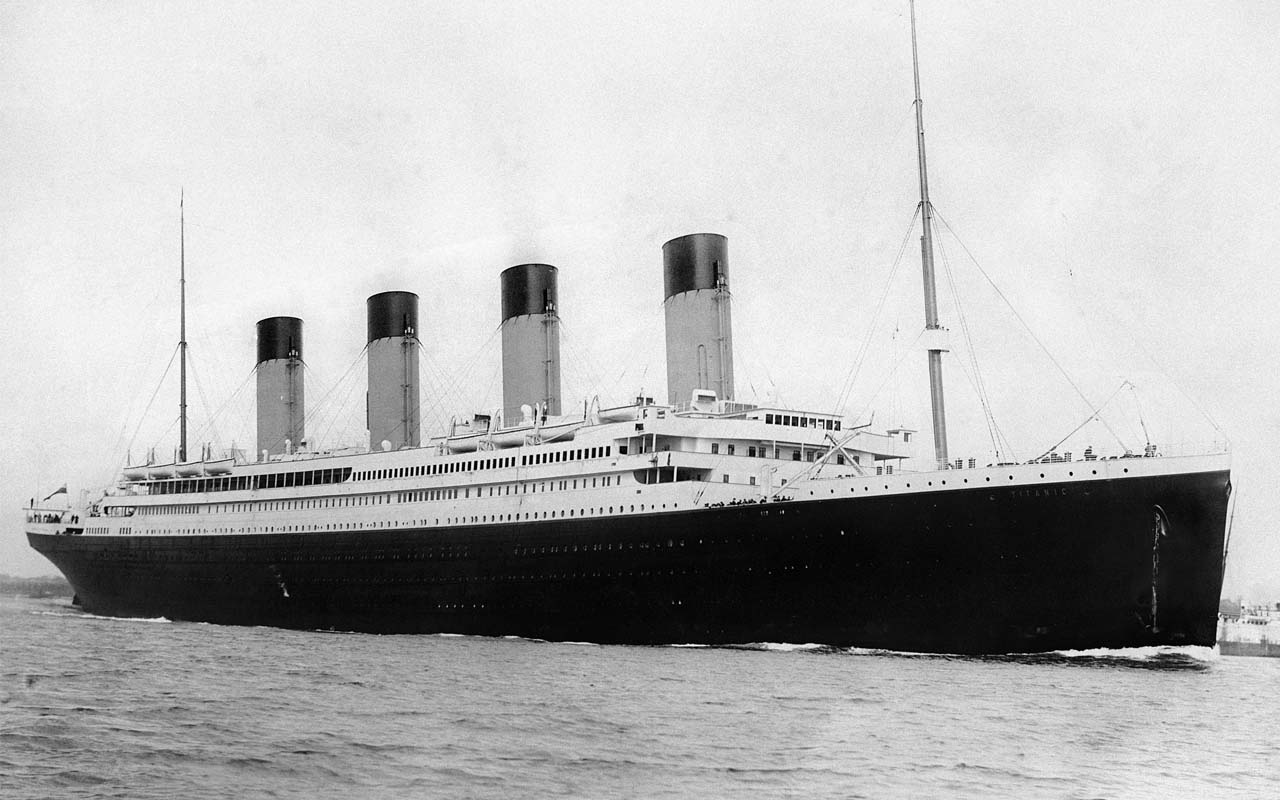 The 1997 blockbuster’s budget was $200 million. The Titanic however, was estimated to have cost around $7.5 million in 1912, which, according to the US Department of Labor’s inflation calculator, would be around $190 million.

10. The last dinner served on the Titanic (to first-class passengers) was a whopping 10 courses.

According to NPR, the menu included “oysters, filet mignon, poached salmon, chicken Lyonnaise, foie gras, roasted pigeon, lamb with mint sauce, and Punch Romaine, a palate-cleansing ice flavored with oranges and drenched in Champagne”. Do keep in mind that this was solely made for the first-class passengers. The cooks also had to prepare food for second- and third-class passengers, as well as the crew.

11. One of the most famous survivors was the “Unsinkable” Molly Brown. She later ran for US Senate.

After surviving the Titanic disaster, Brown became a vocal supporter of the suffrage movement, worked with the Red Cross during World War I, and even ran for Senate.

12. A lifeboat drill that was supposed to take place the day of the sinking was canceled by the ship’s captain.

Historical reports show that every Sunday there was a lifeboat drill, except for April 14, 1912, which was the last Sunday the Titanic would ever see. To this day, it is unclear as to what caused the captain to call off the lifeboat drill.

Previous Why You Should Never Leave a Glass of Water Near Your Bed Overnight!
Next 10 Random Weird Facts That Most People Don’t Know