10 Biggest Threats That Could Wipe Out Life On Earth

10 Biggest Threats That Could Wipe Out Life On Earth

The universe is a vast place that is still yet to be traveled and understood. Though humanity has advanced in the field of science and technology, we are always at the risk of a threat. Whether it be an asteroid impact, solar flare, artificial intelligence or biohacking, we have to be well prepared to face them. Less than 100 years ago, around 50 million people lost their lives to an influenza pandemic. Today, the world’s population is booming at an alarming rate. There are still parts of the world where people aren’t capable of receiving basic necessities or treatments. This could possibly create conditions for another global outbreak. Here are 10 such threats that could affect humanity in the near future.

1. Artificial Intelligence taking over the world.

As technology learns to think for itself and to adapt to the environment, humanity’s future will remain uncertain. Today, we have self-driving vehicles that can calculate the stopping distance and change lanes if necessary as well as digital applications such as Siri, Alexa and Cortana that are capable of answering our questions. As humanity feeds more and more strength into the world of science, Artificial Intelligence (AI) will keep on rising and continue to become a threat to humanity one day. According to the Center for the Study of Existential Risk, machines will be capable of achieving about 90% of human-level intelligence by 2075. World renowned scientist, Stephen Hawking, Space X founder Elon Musk and several other physicists, theorists, scientists and Artificial Intelligence experts have voiced their concern for this matter.

According to Stephen Hawking,

“It would take off on its own, and redesign itself at an ever increasing rate. Humans, who are limited by slow biological evolution, couldn’t compete, and would be superseded. We cannot quite know what will happen if a machine exceeds our own intelligence, so we can’t know if we’ll be infinitely helped by it, or ignored by it and sidelined, or conceivably destroyed by it.”

2. An alien invasion that could wipe out humanity.

NASA has been part of space exploration in hopes of finding an alien life as well as exoplanets that are capable of helping humanity thrive in case of a disaster. Even if an alien species visits planet Earth before we find them, there’s no way of understanding what their intentions are – according to Nick Pope, who worked for the Ministry of Defence. Mr Pope says that if an unfriendly life form visits us, no world government is prepared with a contingency plan. According to him,

“The government’s answer would be that, ‘We regard this as an incredibly small possibility’. But I would say, why not have a plan if there’s even the smallest possibility of it happening.”

Mr Pope also suggested that a War of the Worlds-style invasion is imminent. Even if they pose no threat, they could still be carriers of foreign pathogens that humans are unfamiliar with, eventually leading to a pandemic.

Scientists are always working on various superbugs that could help cure diseases. In order to create new biological technologies, scientists often twist the codes at genetic level of existing micro-organisms. Though, this could always have a negative impact and not create the desired result but instead create something that’s way beyond their control. The Center for the Study of Existential Risk (CESR) considers this as high priority and extremely dangerous. If a single replicating micro-organism that is under test manages to escape the lab, it could lead to a global pandemic. A global pandemic that occurred in 1918, the influenza pandemic, wiped out around 50 million people. This number is higher than the casualties of the World War that followed.

Earth’s atmosphere protects us from being hit by small asteroids. Before even entering Earth, the atmosphere burns up everything into anything less than ten meters in width. Our planet is hit by asteroids on a daily basis but they do not affect us in any way. Every million years, an asteroid or comet that spans at least half a mile also hits Earth. They might not be the reason for the doom of civilization but they will surely affect the climate, kill the crops and put humanity in jeopardy.

The biggest threat that humanity has to worry about are asteroids that are similar to the 180km Chicxulub impactor. The 110 mile long asteroid hit Earth 66 million years ago and was the reason for the extinction of the dinosaurs. Such asteroids come every 50 to 100 million years but is nothing to worry about since astronomers keep a close eye on the subject. Today, in case of a similar asteroid heading towards Earth, astronomers, mathematicians, geologists and space engineers will work together to calculate and divert it away from our planet.

Nuclear conflict is a topic that is far less discussed. Many of the nuclear weapons that were created during the cold war, still exists. Today, there are serious tensions between countries that could possibly lead to the disaster. The Global Catastrophic Risk Institute (GCRI) studies nuclear weapons as well as the countries that are equipped with it. The institute pays particular attention towards Russia and the U.S. to contain any possibility of an accidental war. Both Russia and the U.S. together hold about 90% of the world’s nuclear arsenal. The GCRI estimates that the possibility of an accidental nuclear war could occur every 14 years.

Even if there’s a nuclear war, humanity itself might not be at the risk of radiation exposure – only the cities or area of the blast radius. The real risk comes in the form of nuclear winter. If enough nuclear weapons explode, the blast could send a soot cloud into the stratosphere. This cloud block the Sun’s light and reduce the Earth’s temperature. It would also adversely affect plants as well as food production, triggering a collapse in the remaining intact societies.

Continue reading the article on Page 2.

Pages: 1 2
Previous 10 of the Most Peculiar Cases of Mass Hysteria Ever Recorded in History
Next Onfim: A 7-Year-Old Boy Who Preserved His 700-Year-Old Homework On Birch Bark 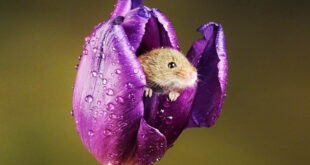 10 Happy Animal Facts That Will Make You Happy

As far as we know, our planet is one of the most diverse places in …