Animals and humans have co-existed together for centuries. There is archaeological evidence that dogs were the first animals domesticated by humans more than 30,000 years ago. Since then, we have treated them with love and respect, just as we would to any other human being. For some of us, they are not just pets, but are also part of our family. Today, we are listing some interesting pet facts that are sure to make you love them even more.

1. Dogs sometimes pretend to be sick so that they could get more attention from their owners.

First off: if your dog seems hurt or ill, he probably is. Canines instinctively try to avoid showing signs of weakness but there are some who understand that pretending to show even the smallest of the signs can get them extra love and attention from their humans. According experts, it usually begins with a genuine symptom and the response they get from their owner encourages them to continue the behavior even after the issue has resolved.

2. Your beloved canine friend also has the ability to know when you are afraid, thanks to perspiration.

Dogs use a combination of senses to detect our emotions. Whenever you feel happy or sad, your dog reads your body language, listens to the sounds you make, and most of all, detects the change in your scent. Unlike humans, a dogs sense of smell is approximately one million times more sensitive, giving them the ability to detect even the subtle changes in your scent. So, when you are afraid, your body starts to perspire. When your canine friend detects this, they swoop into action by trying to reassure you that they will stand by you and protect you.

3. A study conducted by the University of California San Diego claims that dogs can get jealous if they see their humans displaying affection toward something or someone else.

For decades, it was believed that humans are the only species that experience jealousy. A study conducted by the University of California San Diego however claims that dogs also experience the unique emotion of unfairness. Researchers at the university performed the study with humans who were asked to engage with three different objects in front of their dogs: a book, a plastic jack-o-lantern, and a realistic looking stuffed dog that moved and made sound. The results showed that when the human was paying attention to the stuffed dog, the dogs were much more engaged and more likely to show behaviors such as, trying to touch their owner. These behaviors were not as prominent with the other objects.

4. When rabbits are happy, they like to hop and do a twist in the air. This act is known as a “binky”. 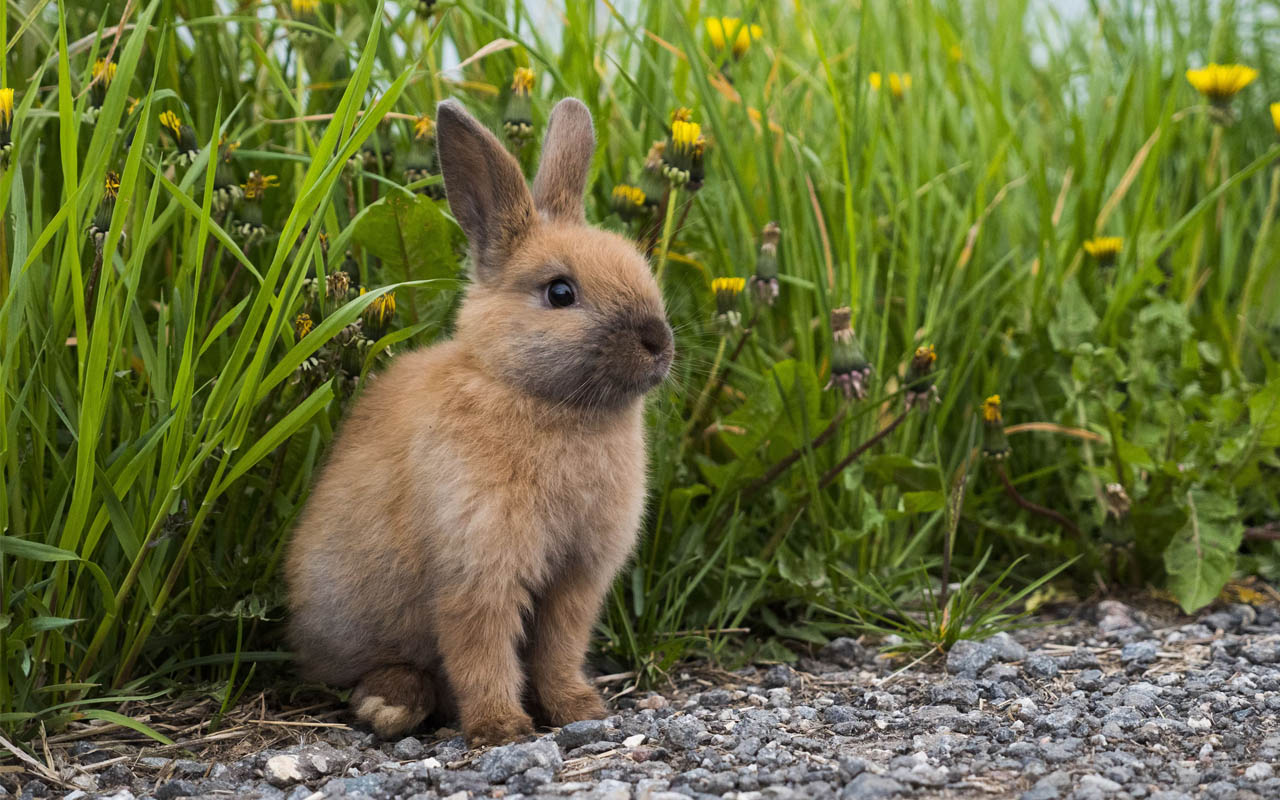 While rabbits don’t show a lot of emotions, you can certainly tell when they are happy. A rabbit will “binky” when it feels really happy or excited. Binkying looks like a large jump in the air while the rabbit slightly twists its body and head at the same time. The behavior cannot be taught and is something that rabbits perform when they feel like it.

5. As they get older, cats only meow to communicate with humans.

Cats meow for many reasons including greeting us, to ask us for things, and to tell us something is wrong. While kittens meow at each other, as they get older, adult cats only meow at people.

6. Dogs have a sense of time and can get accustomed to their schedules.

While dogs don’t have a clear concept of time the way humans do, scientific evidence shows that they do understand the difference between varying chunks of time. A 2011 study found dogs “are affected by the duration of time at home alone,” even if the researchers could not confirm if the dogs were aware of the length of time they were left alone. They can also become accustomed to certain schedules in terms of meals, walks or car rides.

Scientists agree that while they don’t have the concept of time in a numerical fashion as us, dogs do have an internal clock that depends on natural circadian rhythms and hormonal fluctuations. This internal clock is what allows them to know when dinner will be served or when their owners will come home

Cats are one of the most popular animals on the internet. They are also the second most popular pets in the United States. And if you are one of the millions who own an adorable feline companion, then you might have noticed that they tend to favor the right or left front paw when it comes to walking down stairs, stepping over an object, or reaching for food. Scientists studying cats discovered that like us, cats also have a preferred paw. Male cats tend to prefer their left paws, whereas females were more likely to be righties.

8. Dogs curl up when they sleep because of instinct and to conserve body heat.

According to Dr. Margaret Gruen, an assistant professor of behavioral medicine at NC State University’s College of Veterinary Medicine, this behavior is also evolutionary. “When dogs sleep in the wild, especially where it’s cold, they’ll dig a nest and curl up into it. This gives them warmth—tucking into a ball conserves body heat. It also protects their most vulnerable organs in the abdomen from would-be predators.”

9. Cats sleep for around 70% of their lives which means that on any given day, they sleep for about 16 hours.

Have you ever felt like cats sleep most of their lives? That’s because they do! While reports vary, most experts suggest cats sleep somewhere between 12 to 16 hours a day. And unlike humans, they don’t sleep in one big chunk, which may allow them to rest more over longer periods. They have several periods of short sleep followed by short bursts of activity. 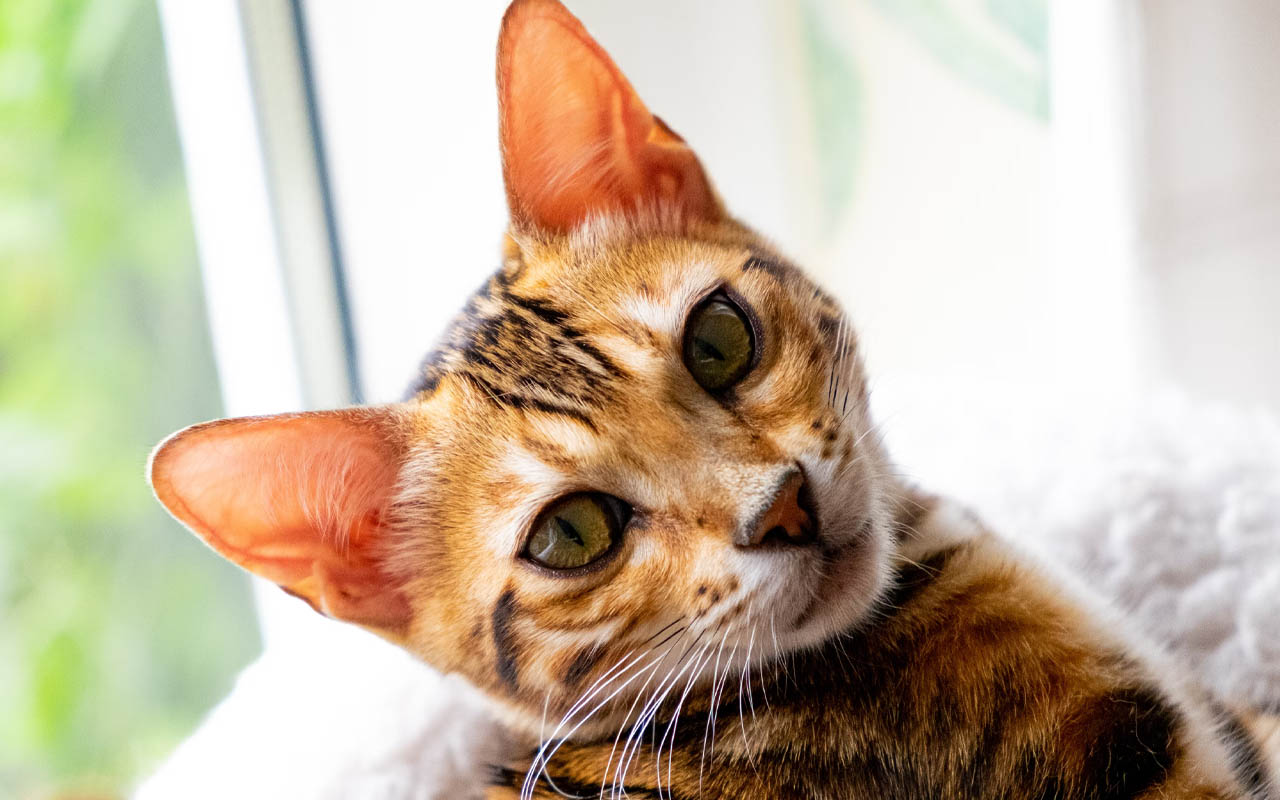 Not only can they rotate their ears 180 degrees, but can also move them independently from each other. This helps them figure out exactly where a noise is coming from. The position of their ears can also tell you a lot about what they’re feeling. For instance, flattened ears indicate that they are stressed or scared.

11. Fish can identify human faces and some can even learn to recognize their owners.

Contrary to popular belief, fish actually have a decent memory and good vision. If you have one as a pet, then chances are that he/she knows your face. Researchers studying archerfish found the fish can tell a familiar human face from dozens of new faces with surprising accuracy.