21 Amazing Facts You Never Knew About Your Cat

20 Amazing Facts You Never Knew About Your Cat

Our furry little feline friends might not be like most of our four legged friends, but they are capable of providing us with warmth and comfort during our desperate times. Did you know that unlike dogs, cats domesticated themselves? While they might be bossy most of the time, they can be affectionate and can also have an independent personality. Whatever the excuses we make to love them, they are indeed the most popular pets in the Unites States. Here are some ridiculously cool facts about your feline friend, that will make you appreciate them even more.

1. When a cat brings you an occasional present, it’s actually a way to show you that they care for you. 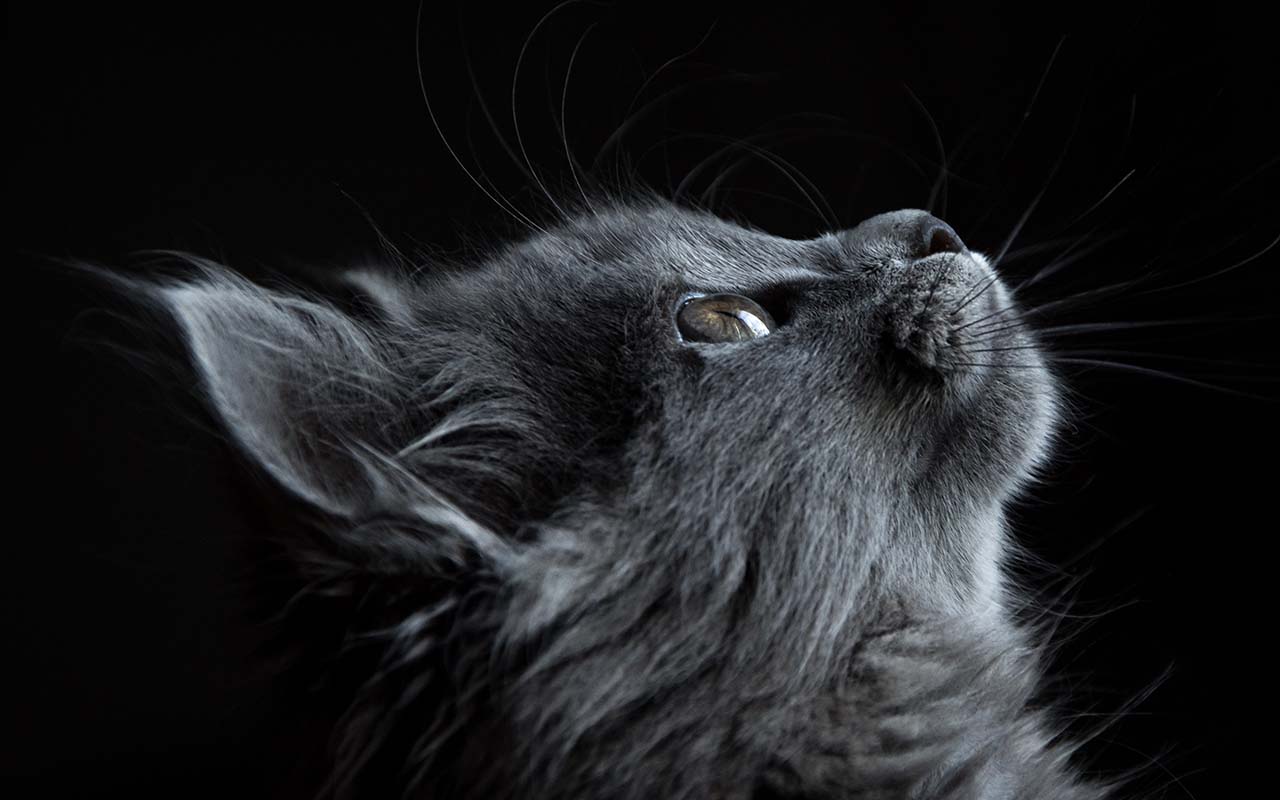 3. When a cat blinks slowly at you, it’s a sign of affection referred to as a “kitty kiss.” 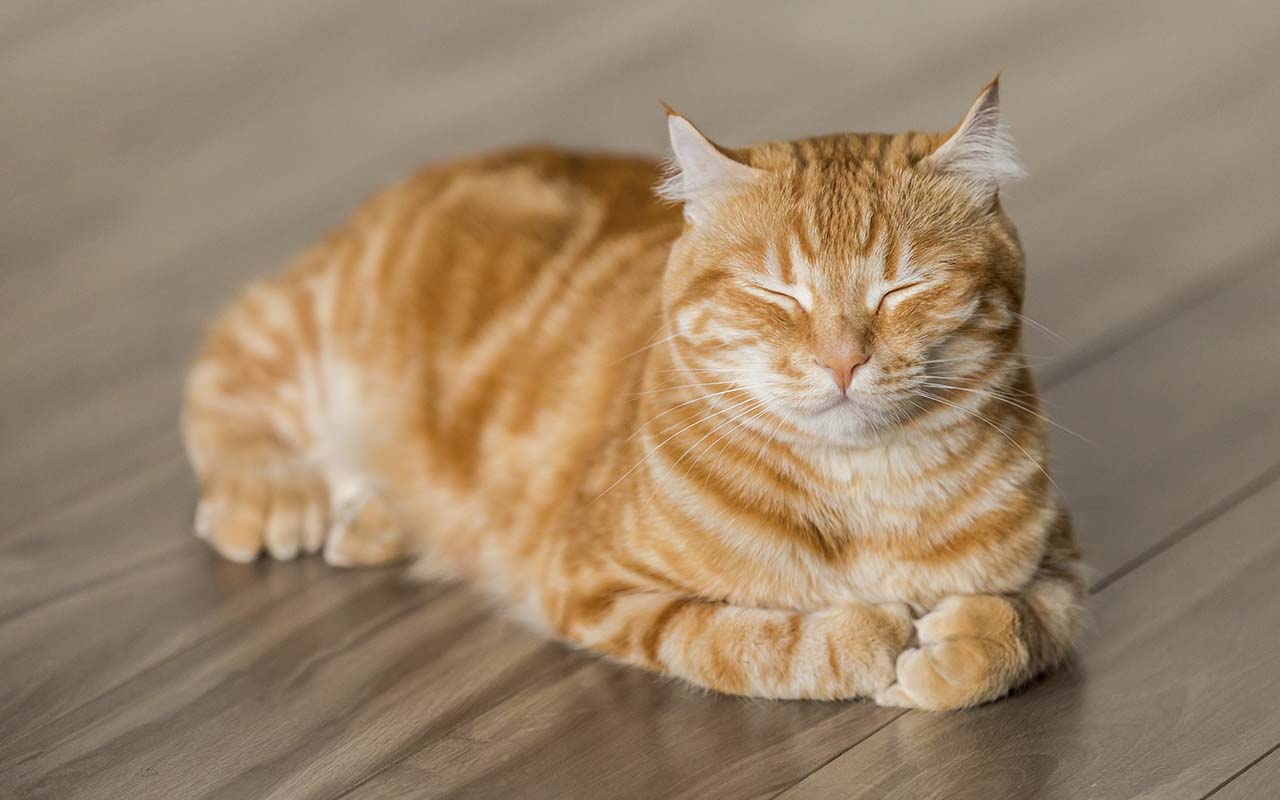 When cats look into our eyes and give us that stare, we often wonder what they are up to. According to Dr. Karen Becker, “This might be the display of cat love that is easiest for humans to understand. If your kitty first stares at you, then blinks, then opens his eyes wide, then slowly blinks a second time, he’s telling you he loves and trusts you”. Dr. Becker also states that this is an extreme sign of affection, which is equivalent of a kiss.

4. Adult cats only meow to communicate with humans.

While cats are really good at making it look like they don’t really care about us, studies show that they only meow to humans but no other cats. This means that every time they meow at their owners, they are conveying a message, which is only intended to their special human. While kittens meow at their mothers, other cats and humans, once they grow up, they stop conversing with one another. The meow could simply be a greeting when they see you or to get your attention. They will also meow to ask for food or to be let out of the house so they could run around in the yard.

5. Rolling on the ground means they are excited to see you. 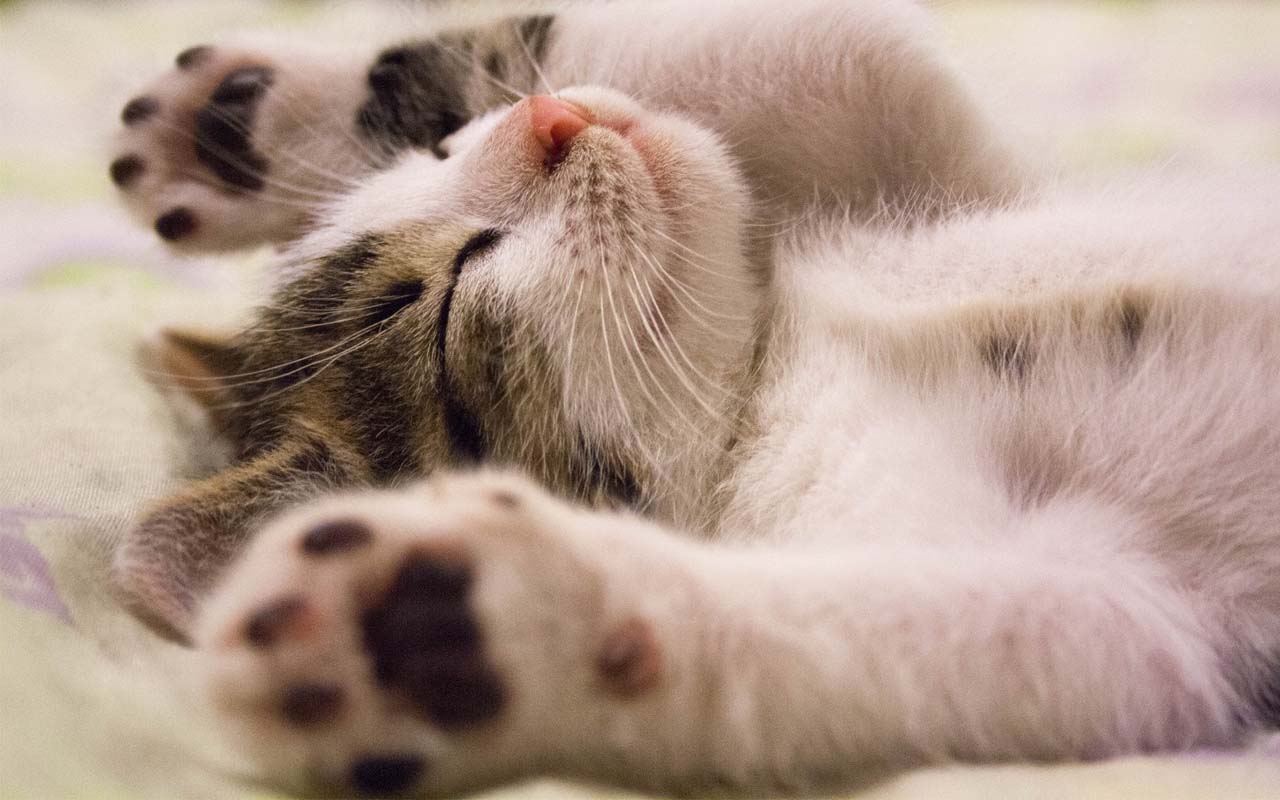 When cats get excited when they see their beloved human, they sometimes roll around on the floor. Sometimes, they simply walk towards their favorite human, throw themselves in front of them and start rolling around. This behavior means that they want to play with you or that they want your attention. Experts suggest that by exposing their bellies, they are showing a sign of trust, that they are comfortable around the person. If they don’t feel safe and secure, they would never feel comfortable enough to expose their belly. In fact, only when they are at their most relaxed state do they exhibit this behavior.

6. A tail held straight in the air means they are happy to see you.

A cat’s tail posture can say a lot about their affection for someone. For instance, when your cat holds their tail straight up in the air, it means that they are greeting you, since they are happy to have you in their presence. A tail held upright with a curve at the tip like a question mark also indicates familiarity, friendliness and affection. Apart from that, the base of the tail is a spot that cats love to have their humans scratch. A cat that holds their rear end up in your face is also showing a sign of affection.

7. Purring, which is the most obvious and common way cats show their happiness and love for someone.

While a cat’s purr isn’t always an indication of love and happiness, they do purr when they express affection towards someone; especially when they are sitting on their lap. So, when your cat purrs in your presence, you can be sure she’s expressing her love for you.

8. Bunting, which is also a way for your cat to leave their scent on you.

It might seem odd when a cat starts rubbing their head against you or another animal but they do it for a reason. The behavior, which is also known as bunting, isn’t a call to fight, but rather a sign of affection. When a cat feels like showing affection, they might rub their head or cheeks against you or an object. The process is also a way for your cat to leave his scent on you, marking their territory and letting other cats know that the human is already claimed. According to experts, the behavior is only exhibited when they love something or someone.

9. Cats are capable of drinking seawater.

If you are thirsty and ever stranded in the middle of the ocean, do not ever consume seawater. Seawater is toxic to humans because your body is unable to get rid of the salt that comes from seawater. Cats however, don’t have this problem. Their kidneys are so efficient that they can filter out the salt and use the water content to hydrate their bodies.

10. The furry tufts on the inside of cat’s ears are called “ear furnishings”. 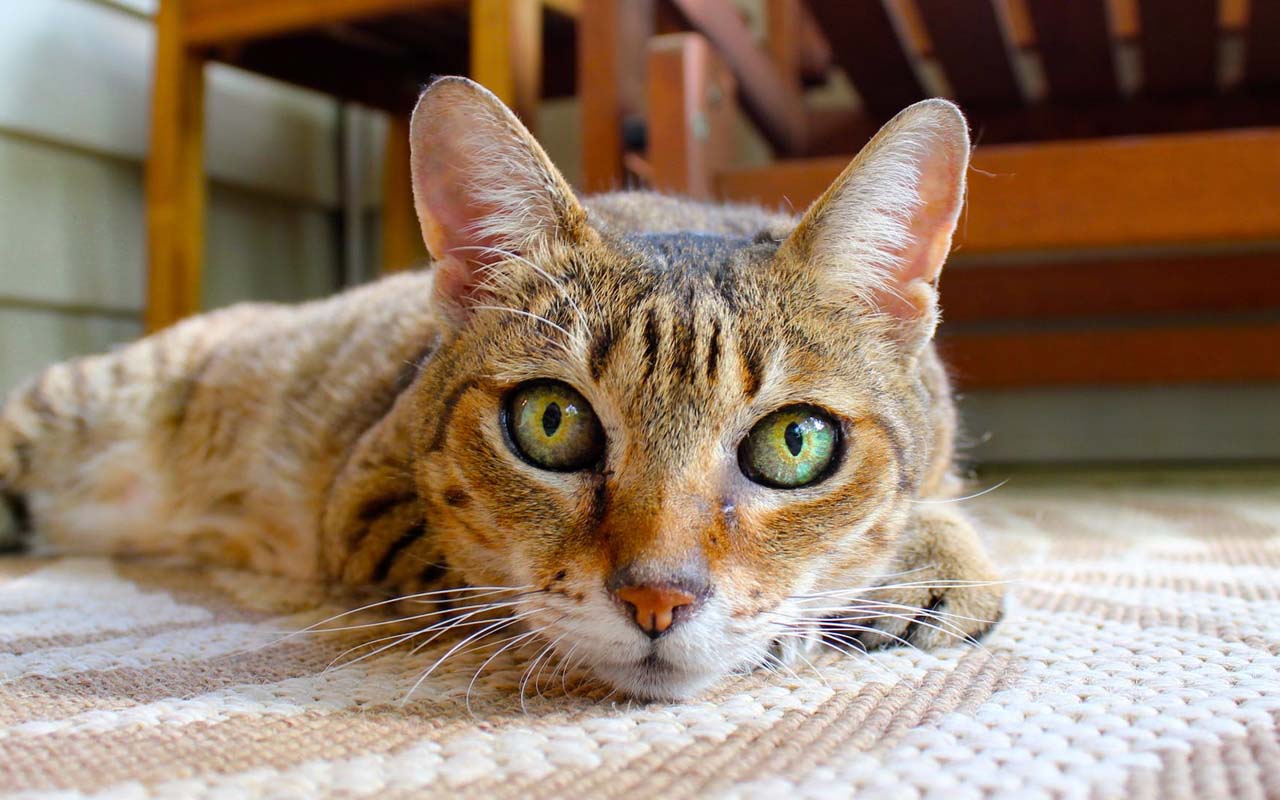 They insulate the ear, and help filter out direct sounds and debris. Their ears also play a major role in controlling their body temperature. Cats also combine several techniques to cool down during hot weather such as finding a shady spot to relax or panting.

11. Cats can hear the ultrasonic noises that rodents (and dolphins) make to communicate. 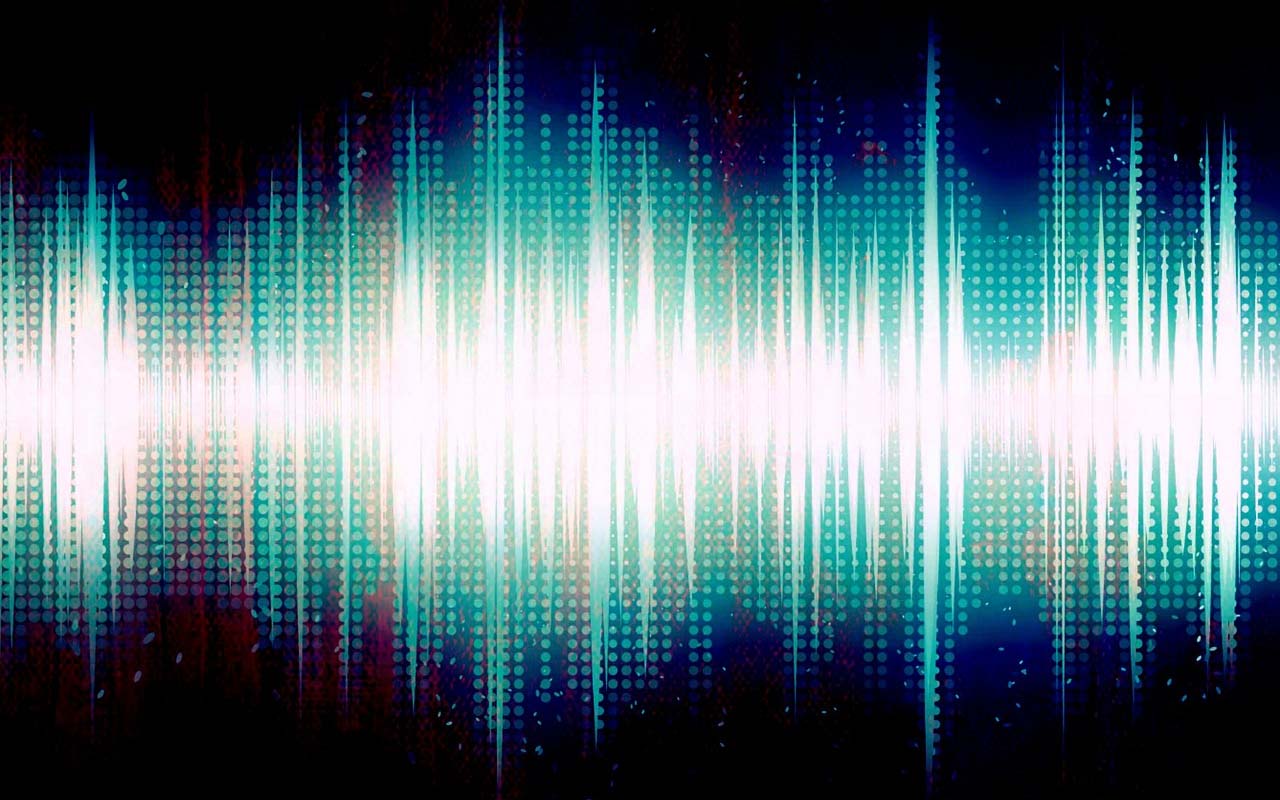 They can hear higher-pitched sounds than humans or most dogs, detecting frequencies from 55 Hz up to 79 kHz. Scientists believe that the ability is not used for communication, but rather an evolutionary trait. The ability to detect such frequencies allows them to hunt rodents that make ultrasonic calls.

12. The ridged pattern on a cat’s nose is as unique as a human fingerprint.

Much like human fingerprints, a cat’s nose is a pattern of ridges and bumps. Every cat’s nose is different, and could be used as a form of identification. Next time you are cuddling with your fluffy friend, take a closer look at your cat’s nose. You will notice little bumps and ridges. Dogs have this same unique trait and since their noses are bigger than cats’ it is easier to see on a dog.

13. Cats sleep so much that by the time a cat is 9 years old, it will only have been awake for three years of its life. 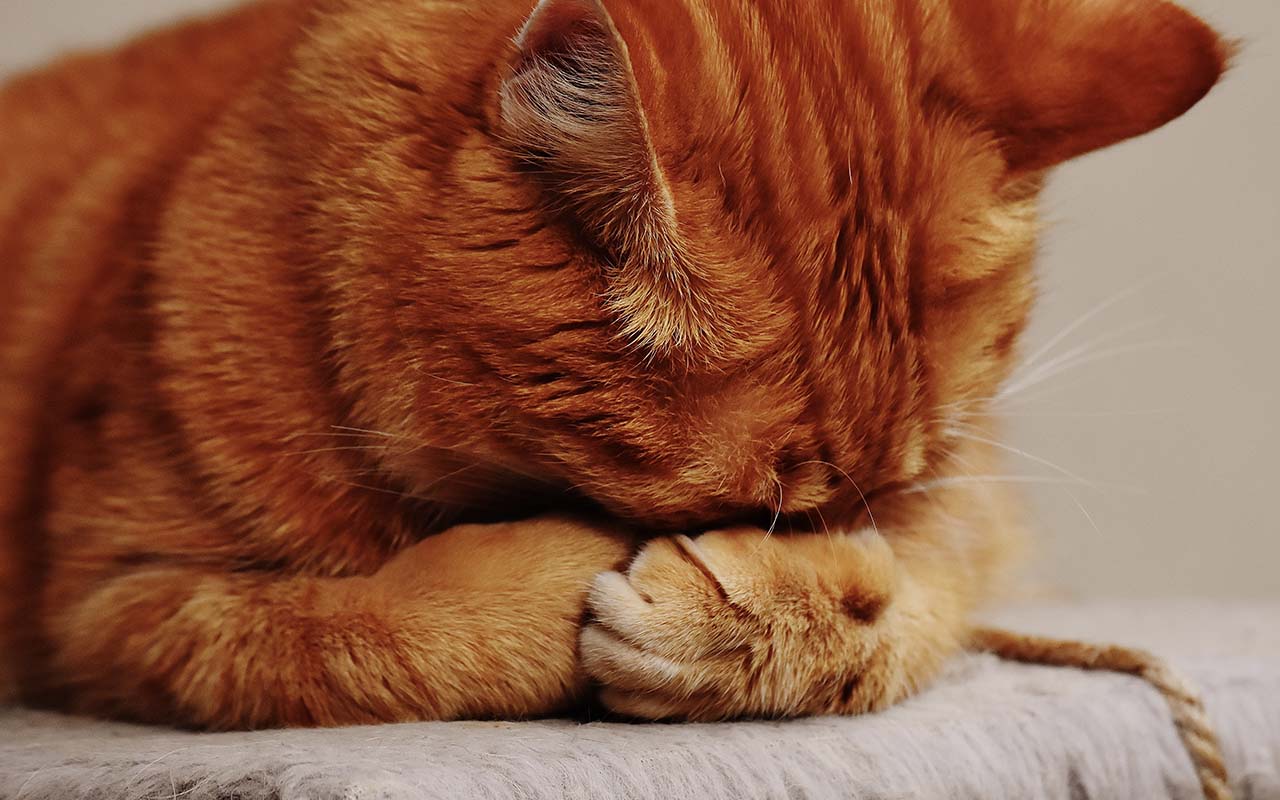 If an average human receives eight hours of sleep a night, they sleep for one third of their life. If you live, say, 75 years, that’s 25 years asleep, or 9,125 days. The average cat sleeps anywhere from 12-16 hours a day. They are crepuscular — which means that they are most active during the twilight hours of dawn and dusk. On average, cats spend 2/3 of every day sleeping. That means a nine-year-old cat has been awake for only three years of its life.

Cats have a third eyelid called the palpebra tertia or haw, that plays an important role in maintaining the health of their eye surface. The third eyelid is large enough to completely cover the cornea and acts much like a windshield wiper blade by removing debris from the surface and redistributing tears over the cornea. Although the exact function of the third eyelid in cats is not completely understood, it is believed that they help protect the cornea as cats move through tall grass while hunting. 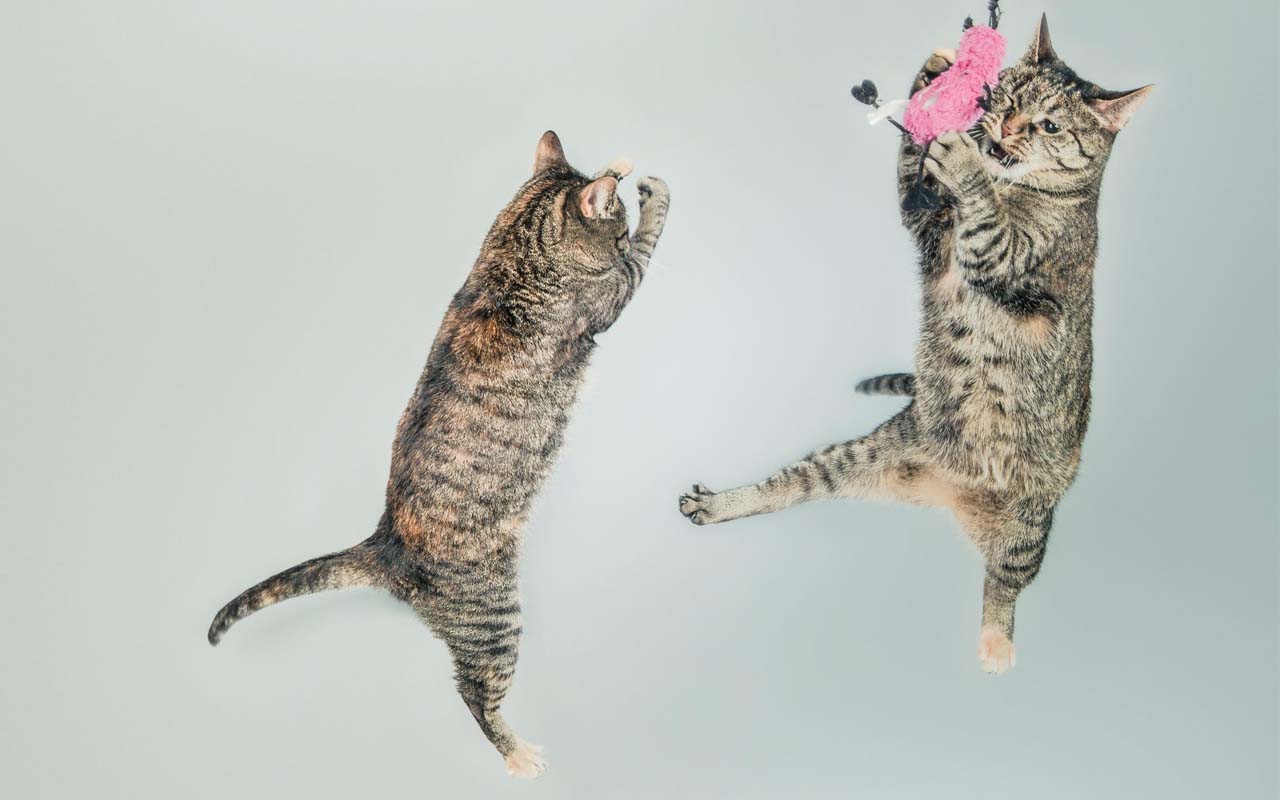 No matter their size or the height they are jumping from, cats have the unusual ability to land on their feet. The technique known as aerial righting reflex or cat righting reflex allows them to land (most of the time) on their feet. While falling, cats reflexively correct their course so that by the time they arrive on the ground, their feet are in position with the ground.

16. Studies show that cats are capable of recognizing their owner’s voice but choose to ignore it. 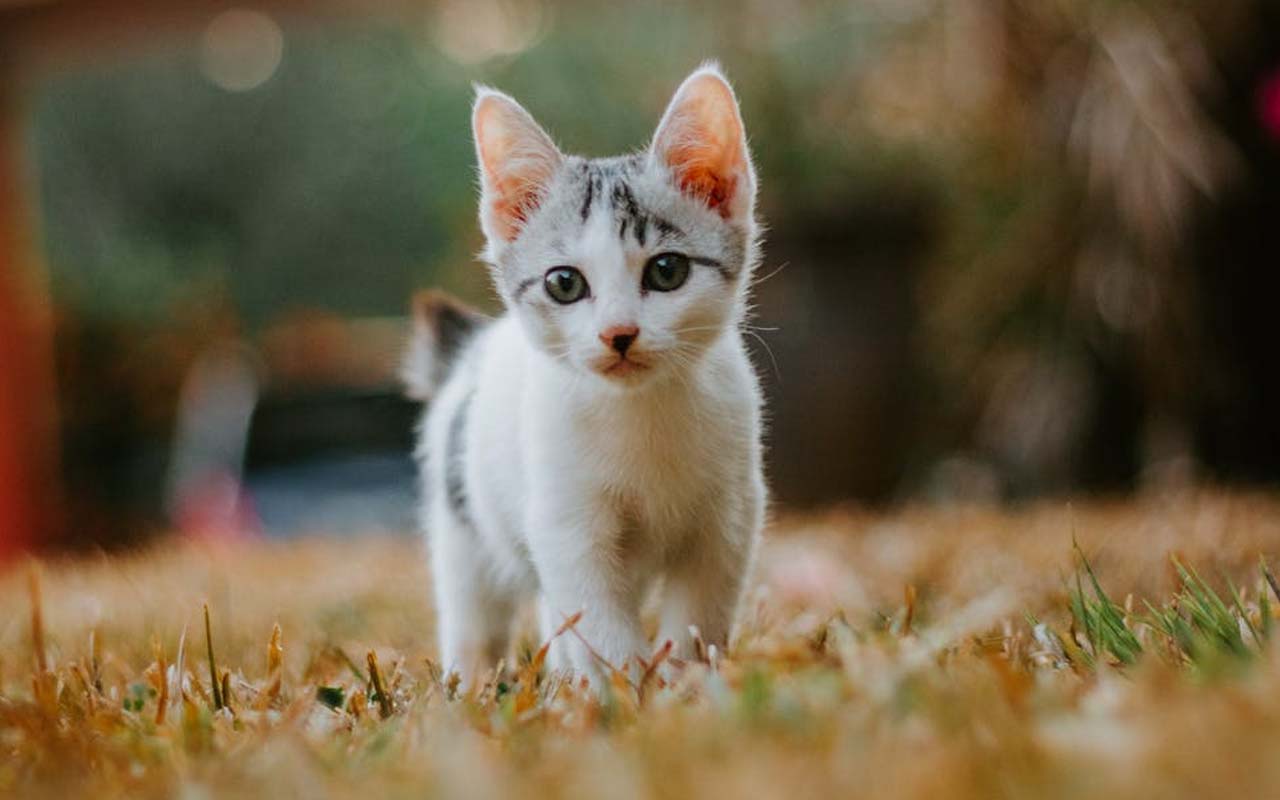 In 2013, Japanese researchers wanted to find out whether our feline friends actually recognize their owner’s voice. Their study, which spanned over several months with various participants, found that cats do indeed recognize their owner’s voice; they just don’t bother to react to it. The researchers believe that the cats’ dismissive attitudes are a product of their evolutionary history over the past 9,000 years.

17. An average dog can run at a top speed of 19 miles per hour but a cat is capable of running at speeds of 30 mph. 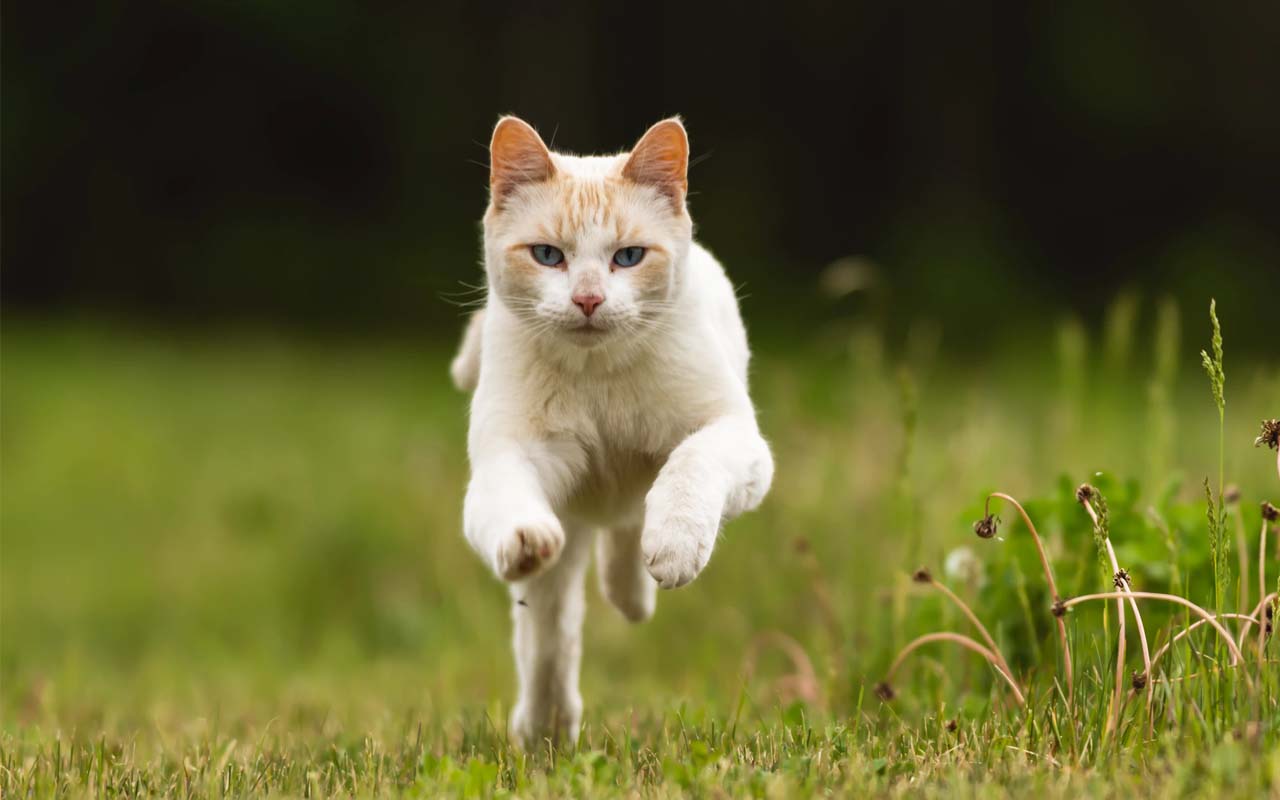 Dog breeds, such as the greyhound, can run up to 42 miles per hour, but the average speed of a domesticated dog is 19 miles per hour. Cats on the other hand are known for their speed as well as their agility. In fact, when most people consider dogs to be the perfect pets for active, athletic people, cats can be remarkably agile and athletic too. Try using a laser pointer and you might be able to see some ninja-worthy moves, nonetheless. The fastest man on Earth, Usain Bolt clocked nearly 28 mph in the 100-meter sprint. 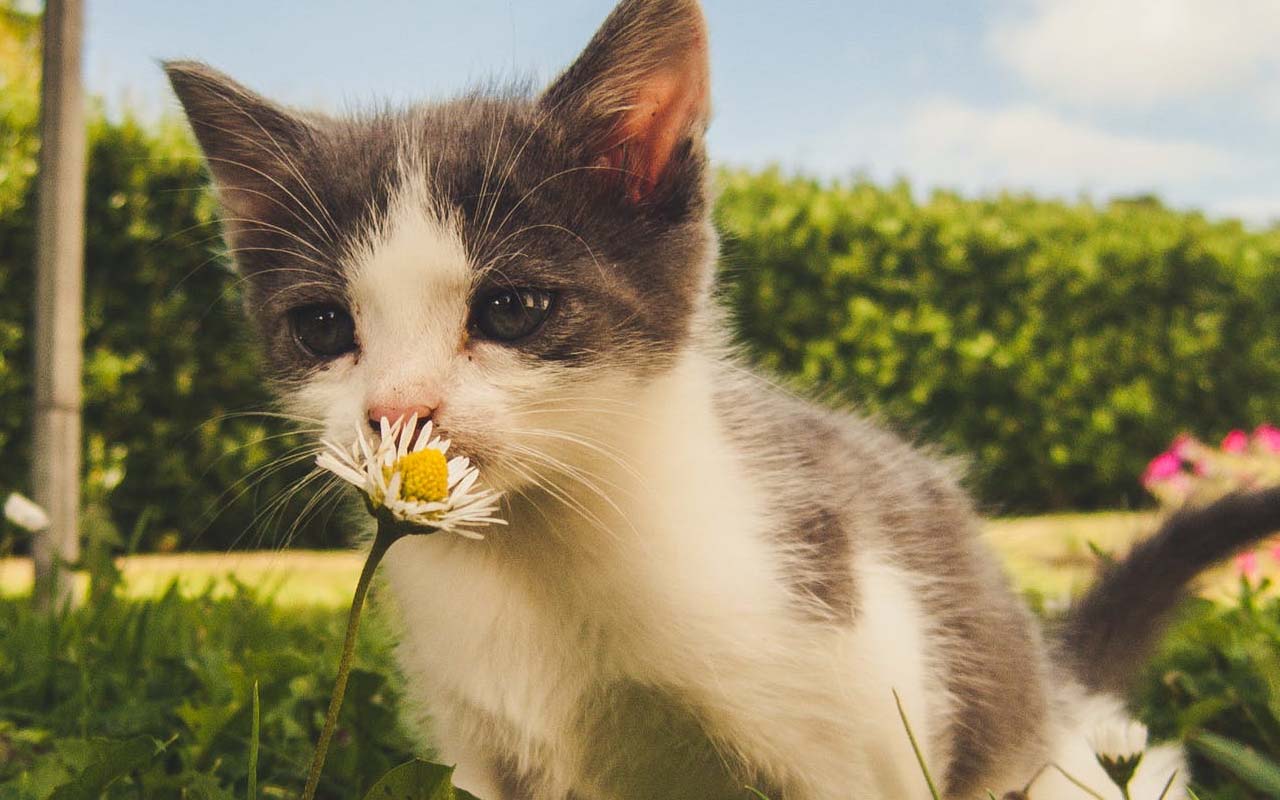 Other than just saying “group of cats” or “cats”, the valid way to refer a group of cats is a “clowder”, ‘clutter’ or ‘glaring’. If the group of cats are wild cats, then the correct terms are ‘dowt’ and ‘destruction’.

19. Cats not only have supersensitive ears, they also have the ability to detect vibrations. 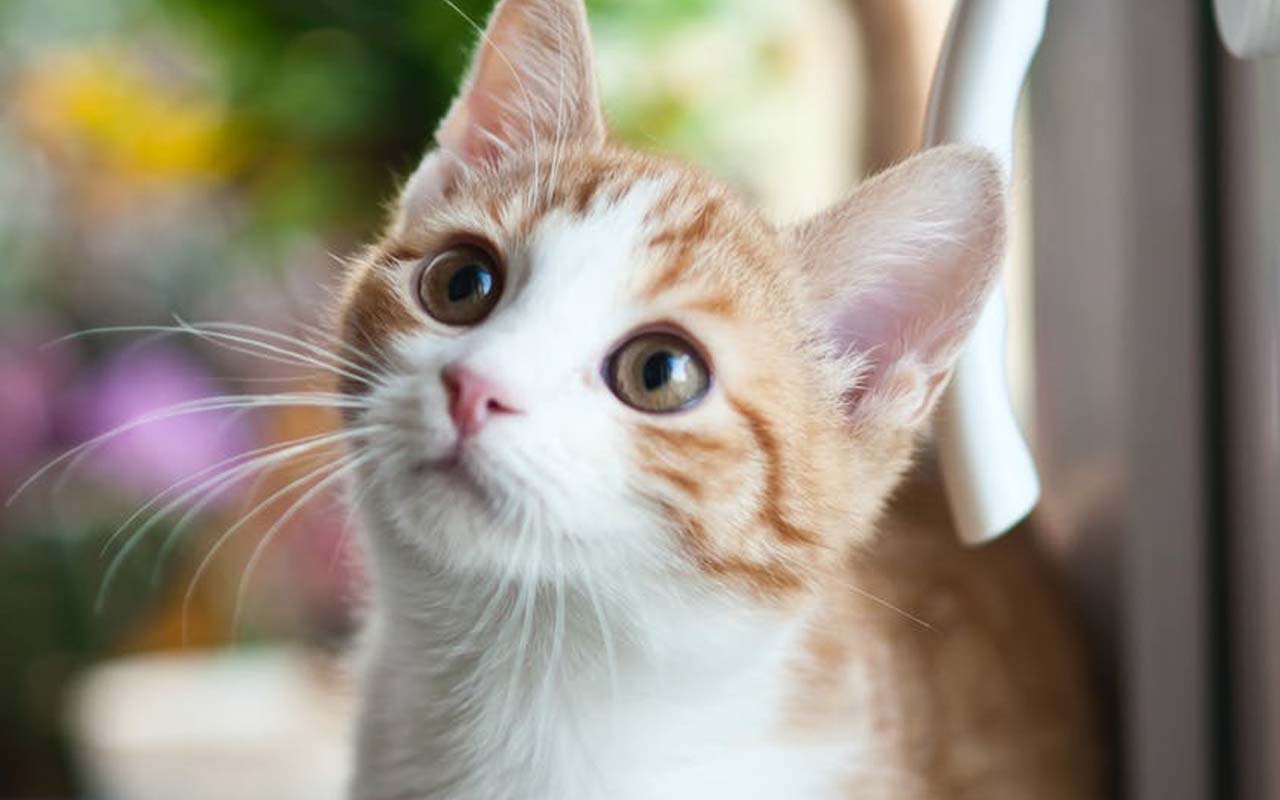 Apart from their extraordinary ears, they can also detect vibrations on the ground. This ability is crucial for wild cats.

20. Cats have 200 scent receptors—more than your average human. 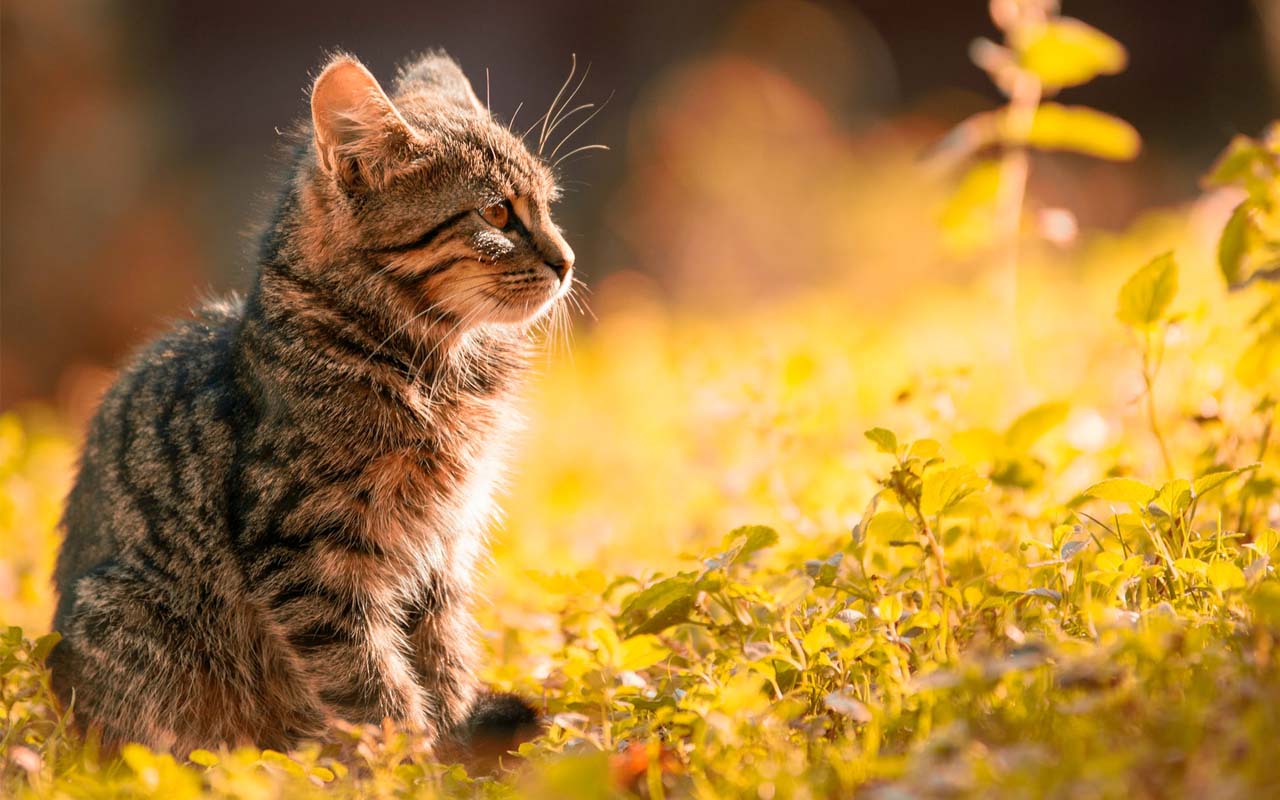