12 Secret Things You Never Knew About the Secret Service

12 Secret Things You Never Knew About the Secret Service

The United States Secret Service has stood by the sitting President’s side for more than a century. The Secret Service is unique among federal law enforcement agencies because its agents provide protection for the President and Vice President of the United States and their families, former Presidents, presidential candidates and visiting heads of state and heads of government to the United States. They’re ready to leap into action at a moment’s notice but how much do we know about these men and women who dedicate their lives to protect our Commander in Chief 24/7? Most aspects of their job is kept a secret but a few former agents and other White House insiders have spilled some unexpected details about the organization. Here are some cool facts about the Secret Service’s history and a few surprising aspects of their job.

1. The Secret Service was created on April 14, 1865 – the very same day the 16th President of the United States, Abraham Lincoln, was assassinated.

2. They travel with bags of the President’s blood.

Only a small number of agents are assigned to the Presidential Protection Division (PPD). This special branch from the agency is responsible for guarding the lives of the commander in chief and their family. The agents are trained to do everything possible to keep the president alive until he or she can receive specialized medical attention in the event of an emergency. When the President travels, the group of agents also carry with them bags of blood in the president’s motorcade; so as not to take chances with donors.

3. They never let the President be alone by himself; not even during bathroom breaks.

The agents take their job seriously and ensure his safety no matter where he goes. This includes the bathroom, the doctor’s office, or anywhere that he wishes to have privacy. During Reagan’s administration, an agent was there with him while he was getting a prostate exam.

4. The food as well as the chef are under constant surveillance.

Contrary to the popular belief, a retired White House Chef revealed that there is no official taste tester for the President. Walter Scheib ran the White House kitchen for 11 years for presidents Bill Clinton and George W. Bush. According to him, there is no official tester for the prepared food but it is still heavily guarded by the Secret Service agents. “Nothing gets to the President that hasn’t fallen under somebody’s jurisdiction,” he says. “If the President is just grabbing a pretzel randomly at the table, it’s been screened.”

The chef and his assistants are carefully watched by the agents, who make sure that no one is flavoring with anything other than what the recipe calls for. If the President is traveling, a Navy steward comes along to prepare food for him.

5. They are capable of tracking the President’s movements inside the Oval Office.

One of the main rules is that the president shouldn’t be left alone. And in a case where the President wants to stay alone in the Oval Office without agents following his every step, there is a way for that. The Oval Office is equipped with weight-sensitive pressure pads under the carpet. This allows the Secret Service agents to know where the President is located at any given moment as well as any other foreign activity within the office. During such a case, the agents stand directly outside the Oval Office while constantly monitoring the activities.

6. There has only been one agent who was ever killed in the line of duty.

7. They wear sunglasses for stealth and protection.

Secret Service agents wear sunglasses, not only to keep the sun out of their eyes, but also to increase visual acuity. While most agents do not wear sunglasses, some do while they are scoping through a crowd, looking for suspicious behavior and to ward off any liquids or other projectiles thrown in their direction. This also limits eye contact with the person that they are watching and keeps the subject clueless to the fact that their behavior is being studied by the agent.

8. They take threats seriously and track down anyone who makes a direct threat to the President.

If the White House receives troubling or threatening hand-written letters, don’t think for a second that they won’t be able to find the sender. The agents have a special way of narrowing down the origin of the letter. The Secret Service works with ink manufacturers and with the help of their ink database of distinctive “tags”, they are capable of narrowing down the brand as well as the location that it was sold.

9. They have never had a mole in their ranks.

Secret Service agents have to be ready to face any kind of situation, and to do so, they get real-life training. The selected agents who have the duty of protecting POTUS and his family undergo regular and rigorous scenario training. In order to make the simulation effective, they are even shot with rubber bullets; non-lethal marking rounds that leave a colored trace on the body. These kinds of non-lethal rounds can actually sting so that the agent in training understands how it can affect them during the line of duty.

11. They are always prepared.

If you take a closer look at the agents, you will see that their hands are always positioned next to their waists. While their finger positions might differ from one another, they are constantly on alert and ready to unholster their weapons.

12. The Presidential limo is like something straight out of a James Bond movie. 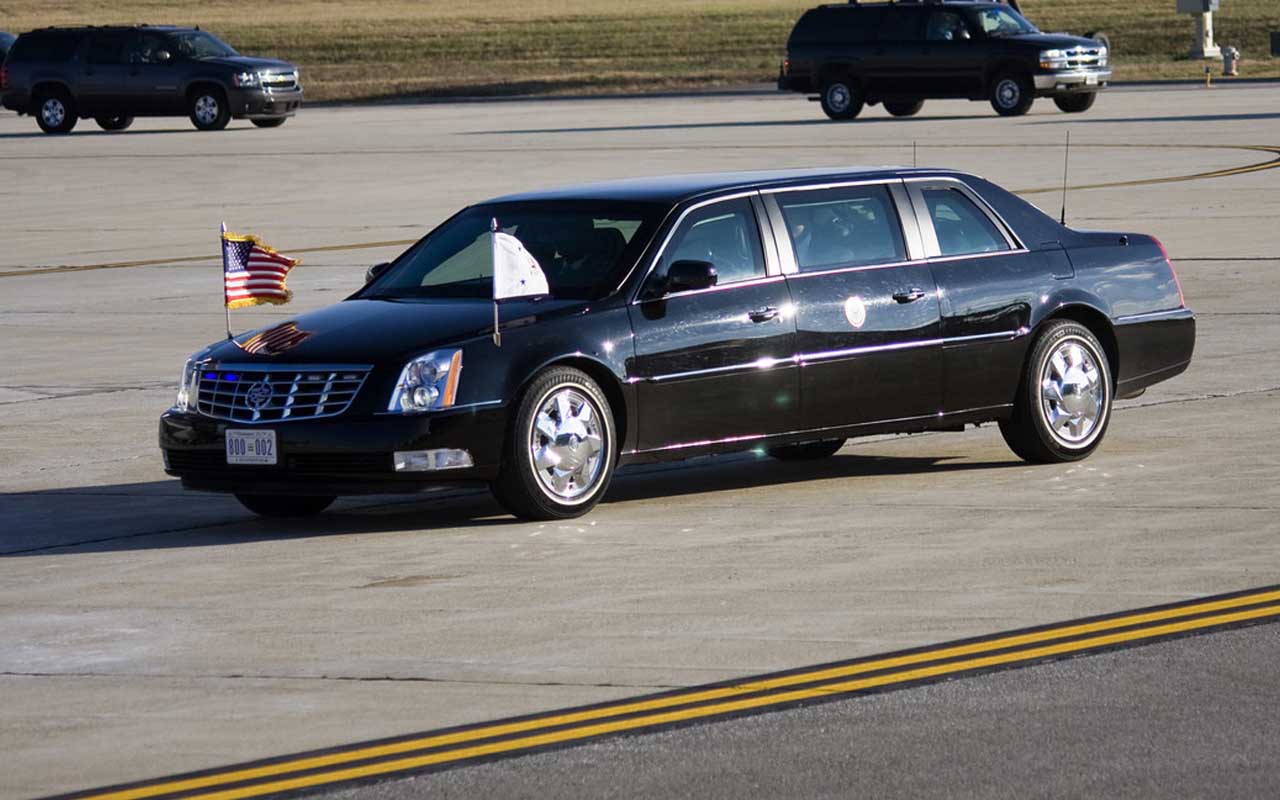 The Limo used to drive the President around is a heavily armored vehicle. The most distinguished fact about the President’s official car is that it goes everywhere with the President. The Beast has bulletproof windows with a thickness of 5 inches. The windows are technically the biggest hindrance to any destructive intention of a traitor. The military grade armored vehicle has bulletproof plating which is said to be more than 7 inches thick. The President’s official Limo has doors as heavy as those of a Boeing 757 aircraft. The limousine is flat-tire-proof, bulletproof, and driven by agents with extensive experience in defensive driving; capable of performing a 180-degree turn in the event of a road block or explosion.

You can’t believe everything you read online, but there are things that sound made up …