This Is What Happens To Your Body When You Eat Pizza

This Is What Happens To Your Body When You Eat Pizza

Let’s face it. Pizza is undoubtedly one of the most popular foods in America. In fact, the love for pizza is one of the reasons why we eat approximately 100 acres of pizza a day or about 350 slices per second. To keep up with the demand, most restaurants sell pizza, and there are approximately 62,000 pizzerias in the United States. Topped with pepperoni or pineapple, whatever you like, or whatever your heart desires, it can be a comfort food for some. But, is our favorite comfort food actually bad for us? So, what really happens when you eat pizza? Here, we are listing key details and facts as revealed by nutritionists.

1. The first bite activates your brain’s pleasure center. You will also feel like eating foods that are high in saturated fats and sodium. 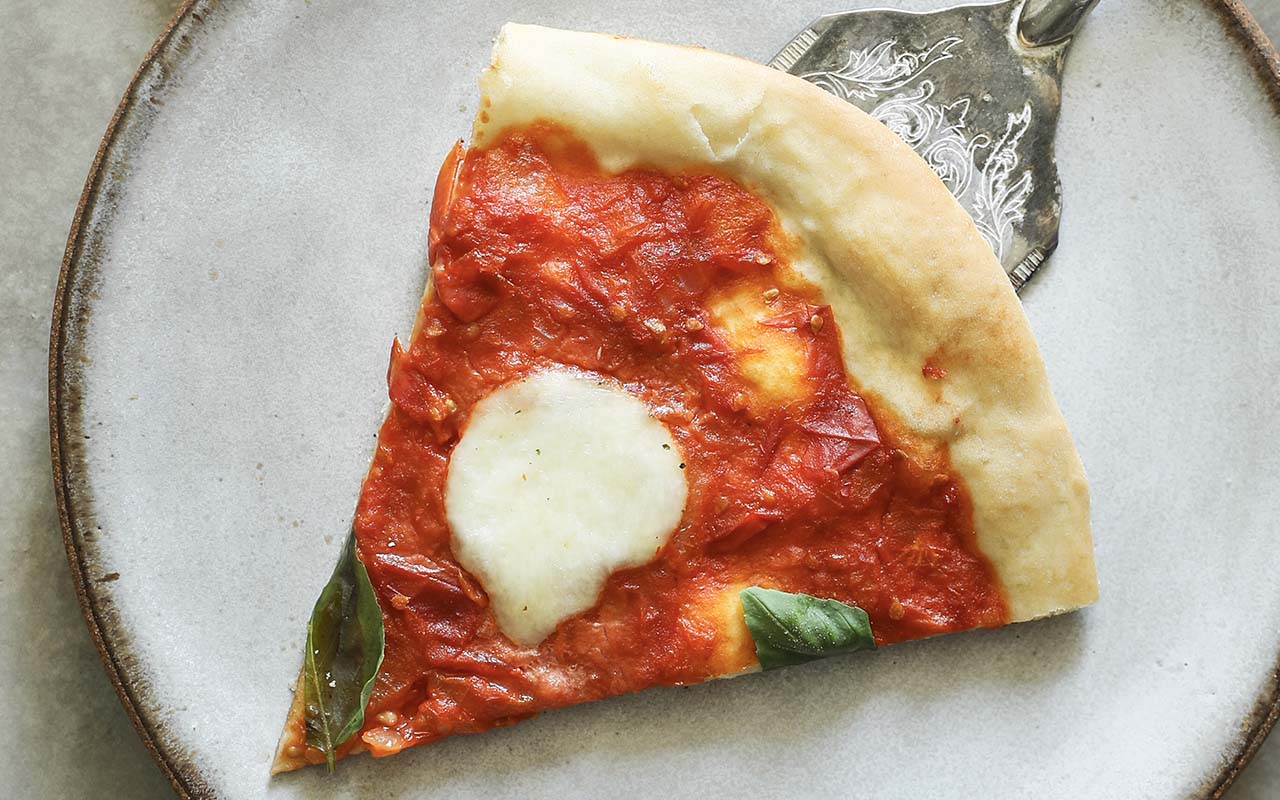 According to a detailed report on Cosmopolitan, nutritionist Sonya Angelone, a spokeswoman for the Academy of Nutrition and Dietetics, explains exactly what happens to a person’s body when they eat a slice of the cheesy delicacy. When you take that first bite of a pizza, it activates the brain’s pleasure center, but, as with any food, the more you eat, the less pleasure it will provide. Also, the slice of deliciousness can also trigger salivation in the mouth, which includes digestive enzymes that break down your pizza into glucose, which your body will use as fuel.

A US National Library of Medicine study also found that on days when people consumed pizza, they actually ate more food that was heavy in saturated fats and sodium. This is because saturated fats can be addictive, which means that the more we eat, the more we crave.

2. In 10 to 15 minutes, once the sugar starts circulating your body, you will feel less sluggish than you did before eating. 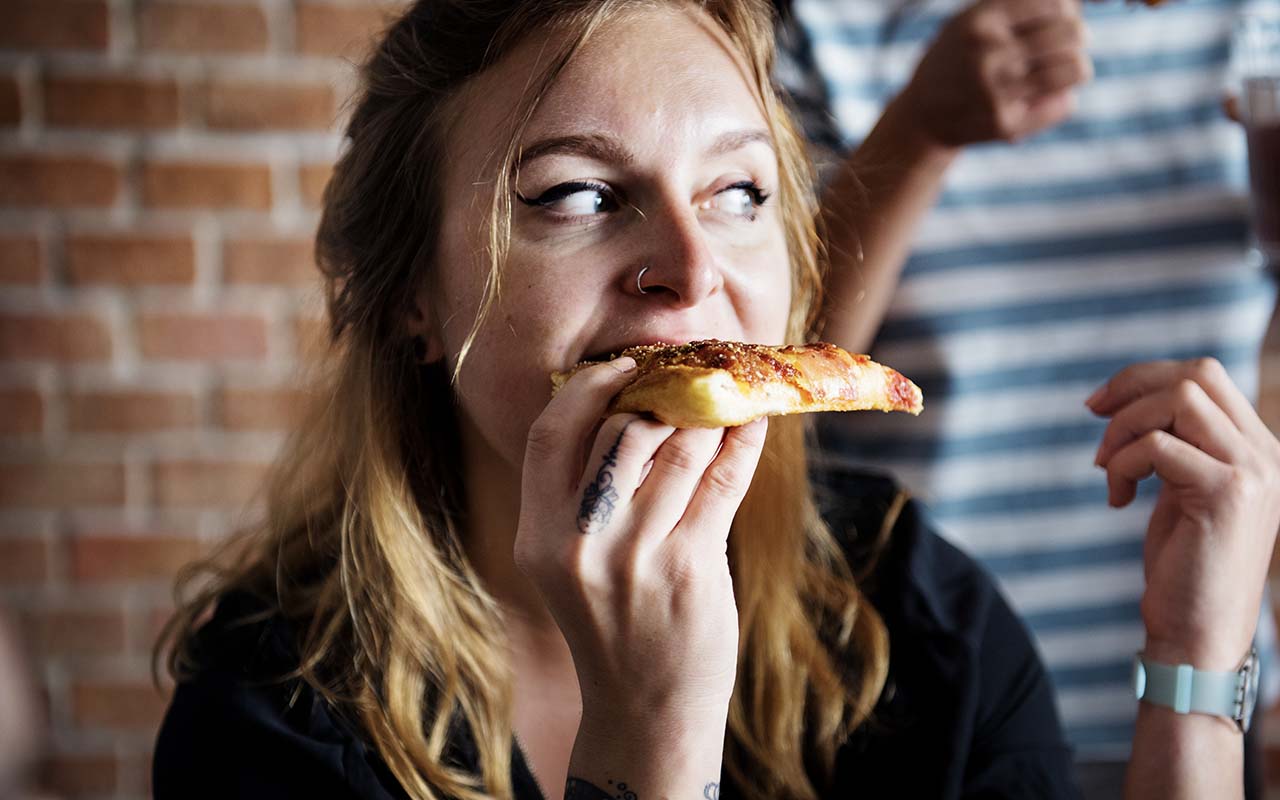 An average slice of pepperoni pizza contains 311 calories, and 720 milligrams of sodium. 10 to 15 minutes into eating your first slice, the sugar will start circulating your body. However, the pepperoni and cheese from the pizza will slow down this process, making the energy you received from eating the pizza last longer. According to the Cosmopolitan, if you eat fairly quickly, or are sensitivity to lactose or gluten, you might develop belly bloating due to the release of residual gases.

And according to an article in the Journal of Neuropsychopharmacology, such foods also have the ability to weaken the dopamine functions that are connected to the reward and motivation areas of your brain. This means that you will crave these foods more often, and may naturally want to reward yourself with foods like pizza.

3. 15 to 20 minutes after eating, levels of leptin rises. Meanwhile, the pancreas also starts the process of converting the sugar into fuel.

If you continue to eat past this point, the cells in your body will reject the fuel and send it to the liver. Pizza is mainly composed of processed ingredients, which means that when you consume it, you are consuming processed sugars in the bread. Your body also pumps insulin to help digest the food quickly and it can remain raised for hours.

4. After about 30 minutes, your body will feel fueled up and satisfied; unless you have overeaten, which causes sluggishness.

This process causes the levels of triglycerides to rise and if you are a healthy individual, the triglycerides will diminish after about six hours. Eating processed foods often can also cause your metabolism to slow down. This is because when you eat a high-protein diet, your body has to work harder than it would to metabolize the content. With pizza, your body doesn’t have to work as hard because it’s absorbed fairly quickly by your body; which can give you a difficult time burning calories.

5. About an hour after eating, in the case of a healthy individual, the body feels full and energized since the protein from the pizza reduces the production of serotonin; a hormone that causes tiredness. 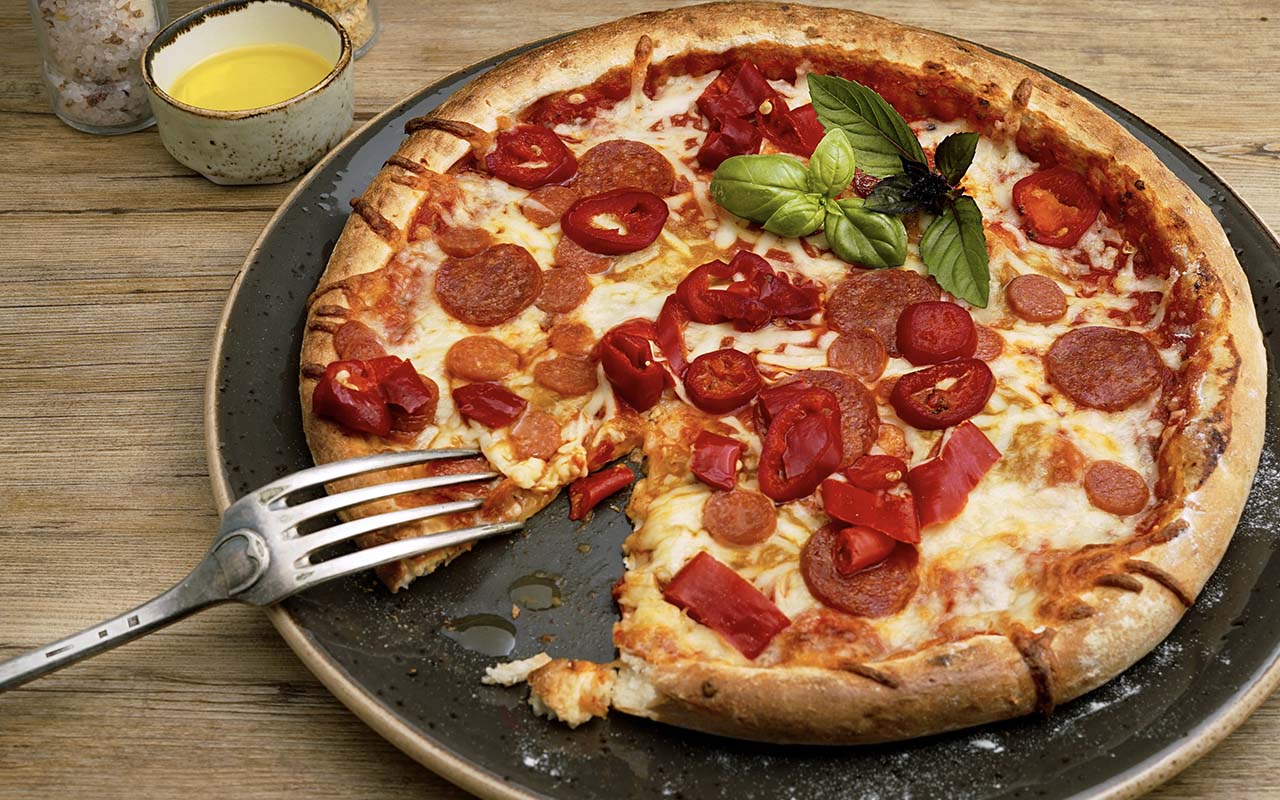 About three to four hours after eating, the blood sugar levels in your body returns to normal and by this time, the food has probably left the stomach. During this time period your body also releases the hunger hormone ghrelin. Nutritionists advise that when you start craving for food during this period, it’s best to satisfy with a low-fat snack. Why you wonder? Since triglyceride levels are still soaring.

Keep in mind that even if you have the habit of adding veggies to your pizza, your body won’t process the veggies because of the slow digestion associated with the processed foods. In a healthy individual, indulging in a slice of pepperoni pizza every once in a while will not affect one’s long-term health. If you are wary of your nutritional intake, then it’s best to lay off pizza for a while. Or, at least load it with veggies and reduce the amount of cheese content on your pizza.